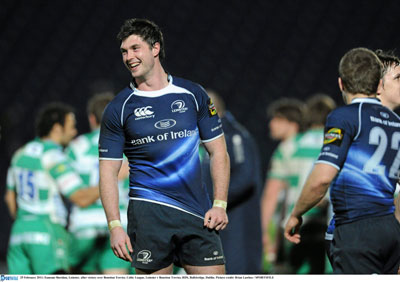 In all there are 18 players in the Academy including Jordi Murphy, who captained Ireland Under-20’s last month.

The Academy programme is set out over three years where all of the players will aim to ultimately earn a professional contract. Amongst the most recent graduates are Andrew Conway, Brendan Macken and Jack McGrath who have all gone on to feature for the Senior side of late.

Other past graduates from the Leinster Academy system include the likes of Ireland internationals Fergus McFadden, Kevin McLaughlin, Sean O’Brien, Rhys Ruddock, Jonathan Sexton and Devin Toner as well as Fionn Carr and Jamie Hagan who re-joined the province this summer.