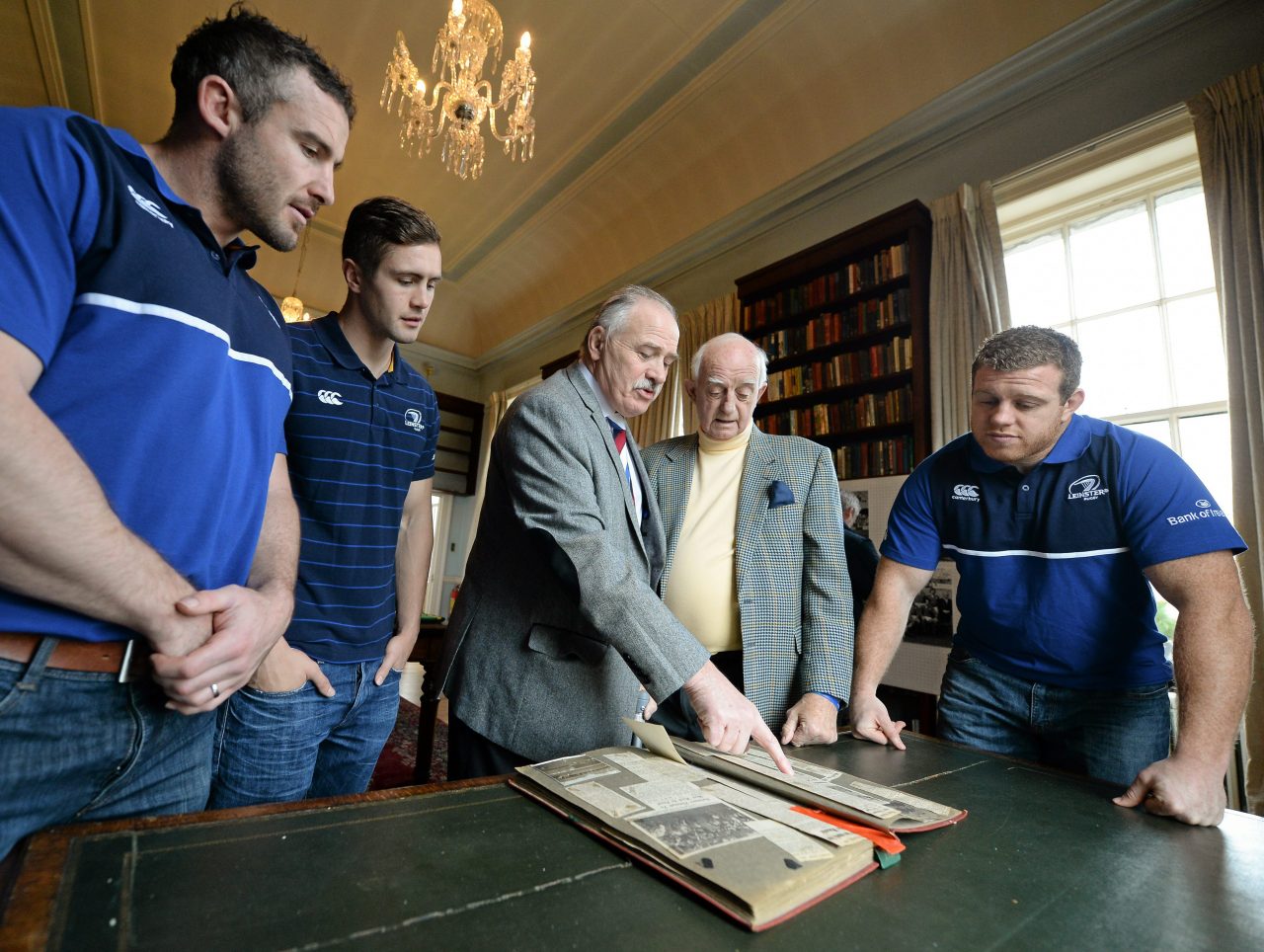 Legendary former Irish international Philip Orr was joined by current Leinster players Sean Cronin, Aaron Dundon and Colm O’Shea at the RDS today for the launch of ‘Rugby Memories’, a new initiative with The Alzheimer Society of Ireland (ASI) who are one of two charity partners to Leinster Rugby this season.

Rugby Memories is run by The ASI and supported by Leinster Rugby and uses old photographs and memorabilia to trigger recollections from the past in fans and former players affected by dementia. The images help recall and improve self-confidence in people with the condition, and the events also provide a much-needed supportive social outlet for both people with dementia and their carers.

The event was launched ahead of a major fundraising drive which will see The ASI take over the Ulster versus Leinster game at the RDS this Friday, November 27th. 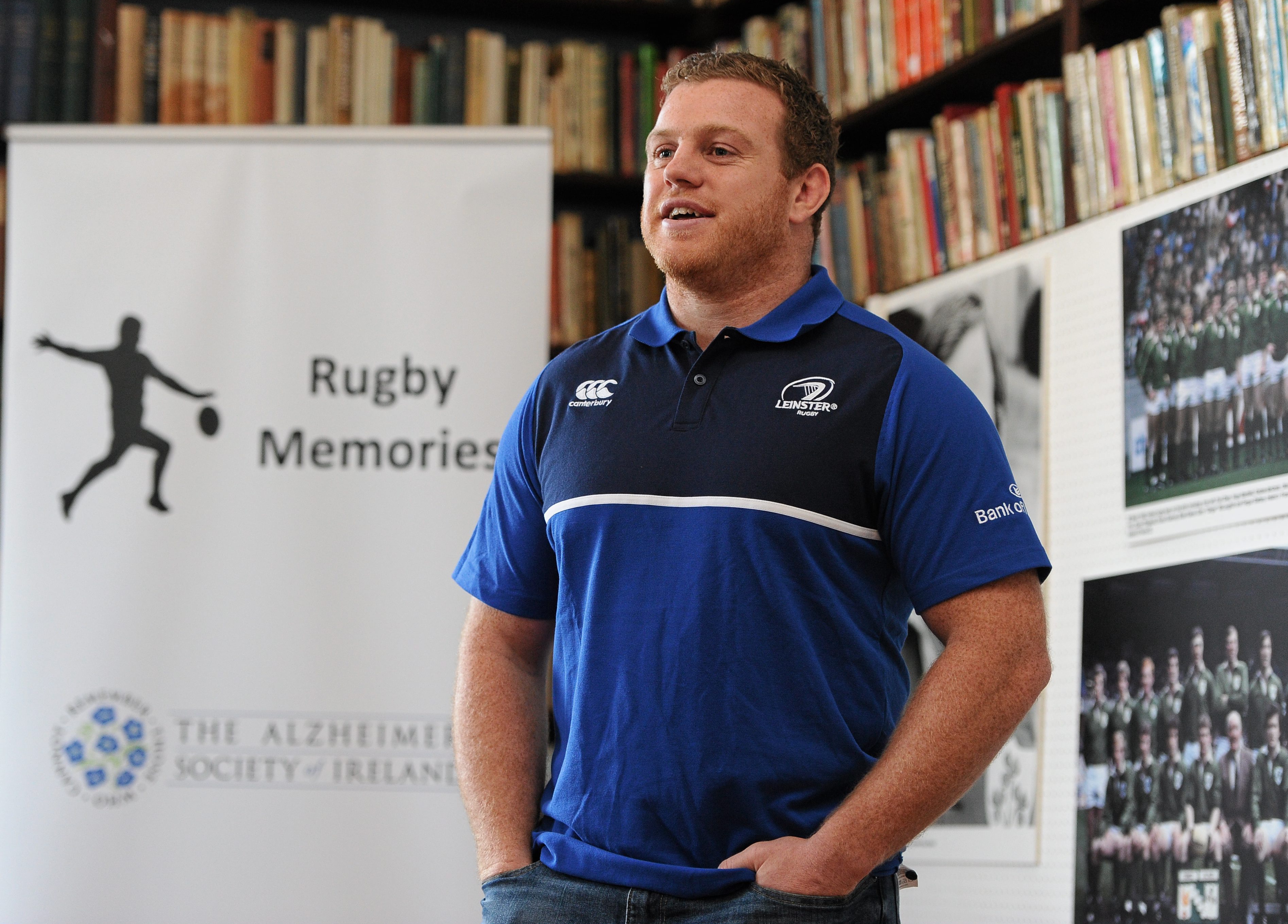 Sean Cronin took some time out ahead of the Leinster versus Ulster clash this Friday to share his rugby memories with the invited guests, many of whom are living with dementia and were former players themselves.

“One of my favourite memories is my Irish debut against Fiji in 2009 and it’s appropriate that we are launching the Rugby Memories here in the RDS as that game against Fiji was actually played in the RDS.

“We are delighted at Leinster Rugby to launch the Rugby Memories initiative with our charity partners The Alzheimer Society of Ireland. Rugby Memories is a meaningful way for The ASI and Leinster Rugby to reach out to people in the community and to remind people with dementia that they are not alone and that there is support out there in places like their local rugby clubs.” 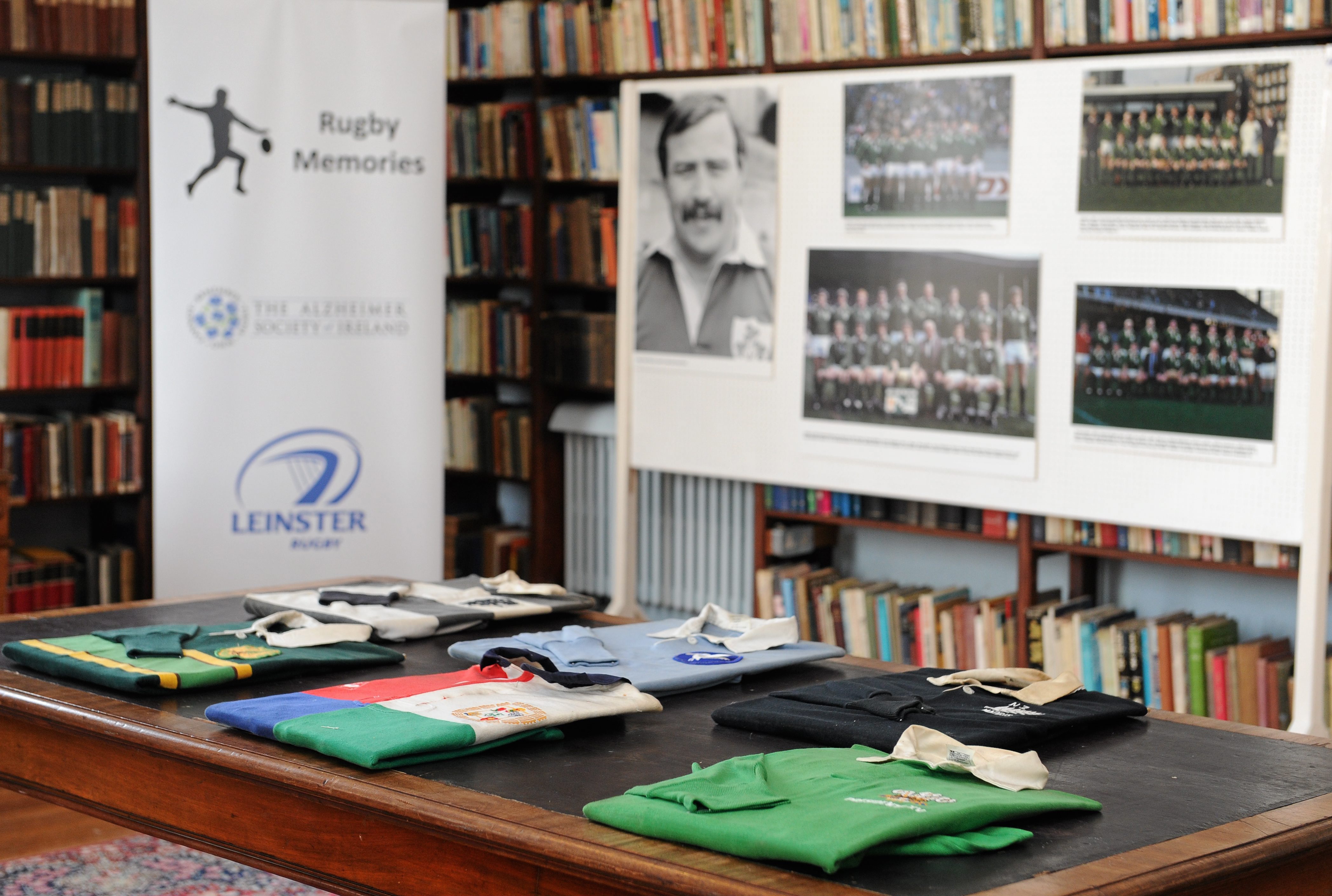 Born in Dublin, Phil Orr played for Old Wesley for over 20 years and was, for many years, his country’s most-capped prop with a then world record 58 appearances. He said he hoped rugby clubs across the country embraced Rugby Memories to ensure people with dementia could stay engaged with the sport they love.

CEO of The ASI Colette Kelleher said: “The aim of this project is to use a reminiscence approach to connect rugby fans and former players, especially those living with dementia, to the rugby community, providing important friendships, positive associations and practical respite for carers. We are delighted to launch the event today and we would call on rugby clubs across Leinster who wish to get involved to contact us and host a Rugby Memories event. I would also ask everyone attending Friday’s match to get involved in our fun activities we have planned which help fund such worthwhile initiatives as this.”