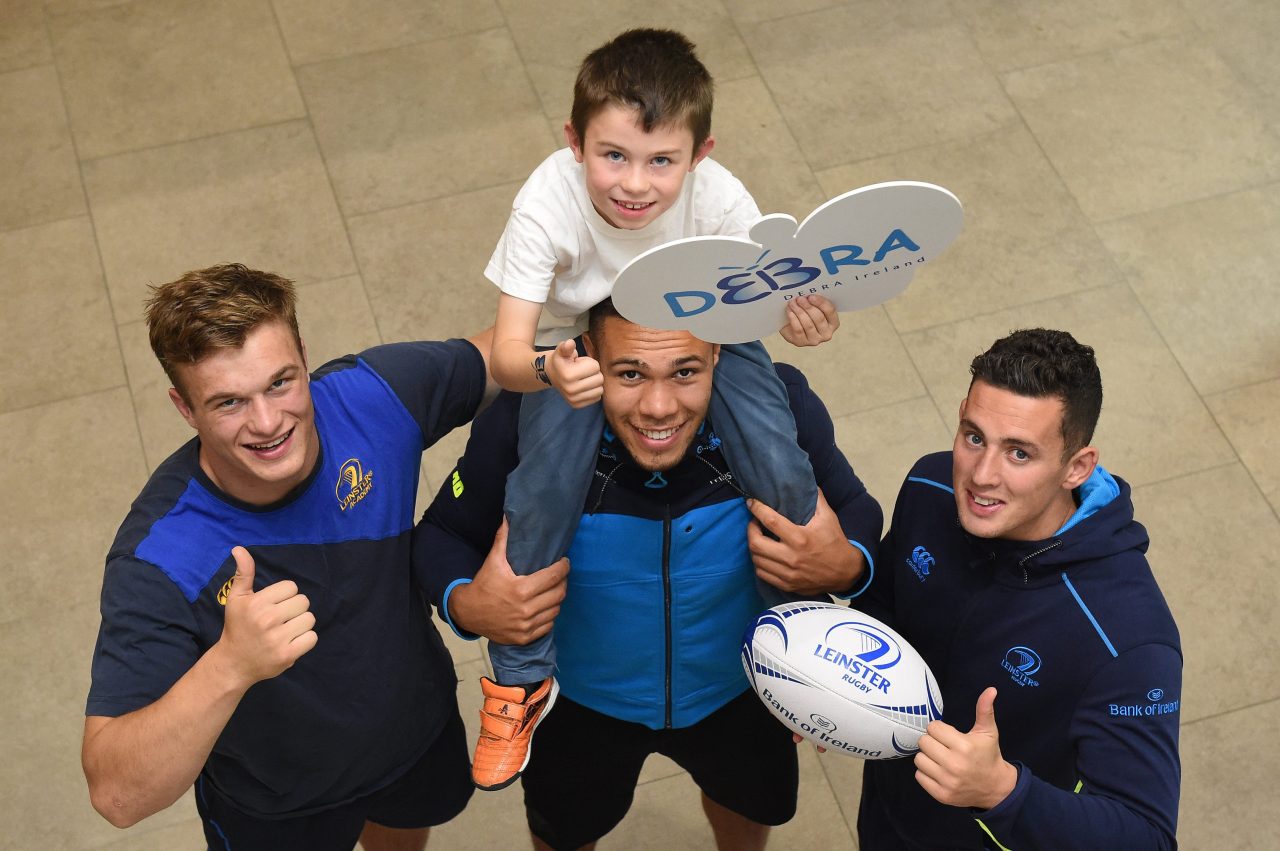 DEBRA Ireland is the only charity in Ireland that provides hope and support to all patients and their families living with epidermolysis bullosa (EB) and as one of Leinster Rugby’s two charity partners, tomorrow afternoon’s game against Montpellier is their match day take over and as part of that Leinster Rugby have presented a mascot slot to Debra Ireland.

Jayden Moore-Connors is that mascot and when he steps out with the Leinster Rugby captain for the Champions Cup clash against Montpellier tomorrow at 12.59pm, he will be honouring his sister Casey.

Casey Moore-Connors is only five years old. She was born with EB, a rare genetic skin condition that makes her skin extremely delicate. Her skin is as fragile as a butterfly’s wing and can be just as easily damaged.

On a daily basis, her body is at war with itself and she is blistered and wounded from head to toe. She is wrapped in bandages that have to be changed every second day in an excruciating routine that can take up to four hours. What is even more heart-breaking, is that underneath her bandages the same wounds are occurring internally too. 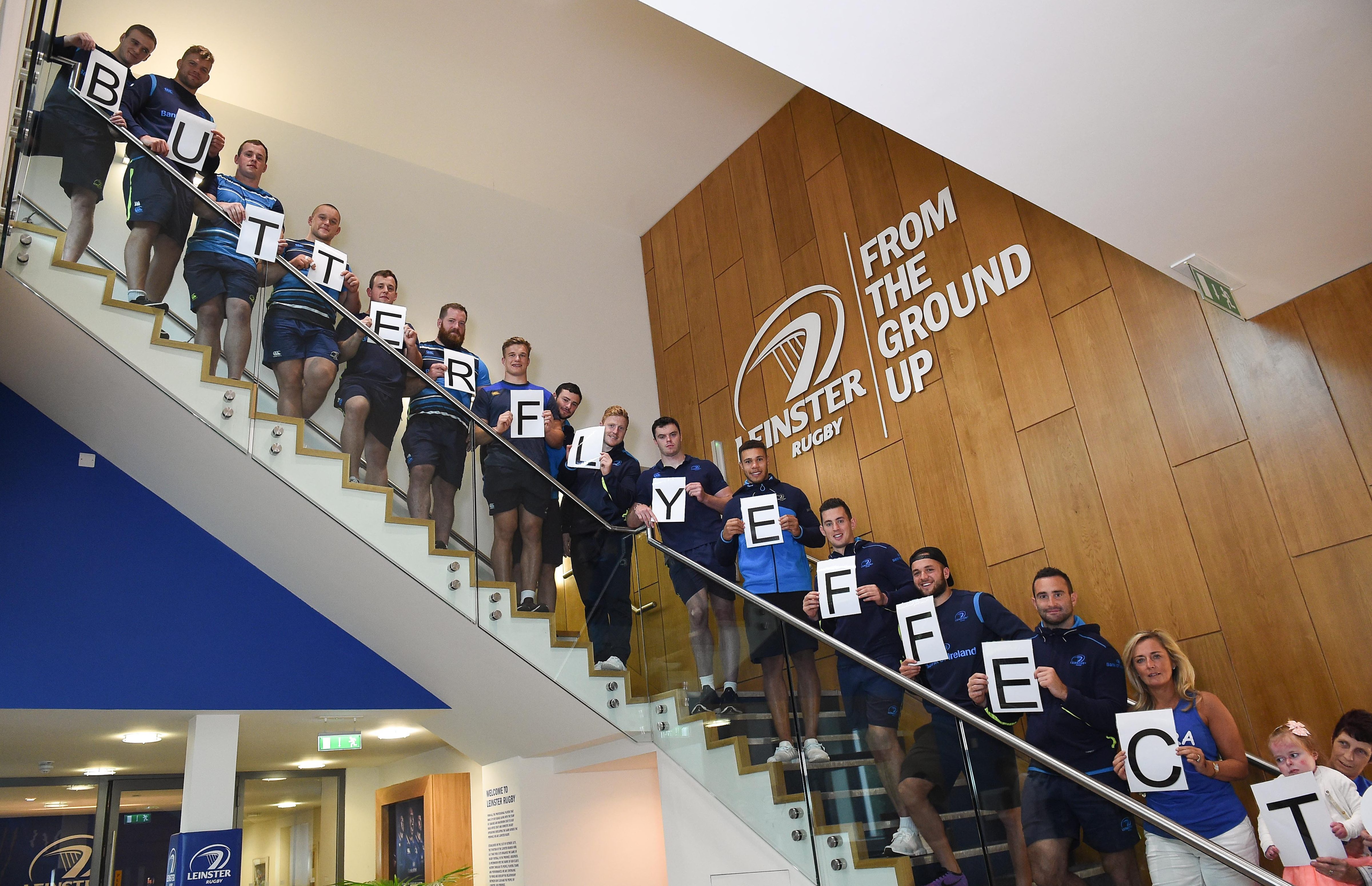 “Over the last two seasons we have met some inspiring people through our work with DEBRA Ireland,” explains Leinster and Ireland star Josh van der Flier.

“It was a pleasure meeting Casey and her brother Jayden in Leinster HQ a few weeks ago and Casey is such an inspirational little girl. I know Jayden is going to do a great job for us on Saturday as mascot leading the team out and honouring Casey as he does so.

“I know the Leinster supporters will give Jayden and all the family a massive reception and hopefully will help support DEBRA with their tattoos and their bucket collections at the game.”

To honour his sister’s bravery and courage, Jayden Moore-Connors will run out with the stars of Leinster Rugby and as an avid Leinster fan, Jayden will also be honouring all those living with EB, including the memory of one brave little boy called Liam Hagan.

This time last year, Liam Hagan lost his courageous battle with EB and sadly passed away, three weeks before he was due to be a Leinster mascot himself leading Leinster out against Connacht.

Standing on the field cheering Jayden and Leinster will be his Mum Rachel, Dad Alan, his Granny and Grandad and of course Casey. 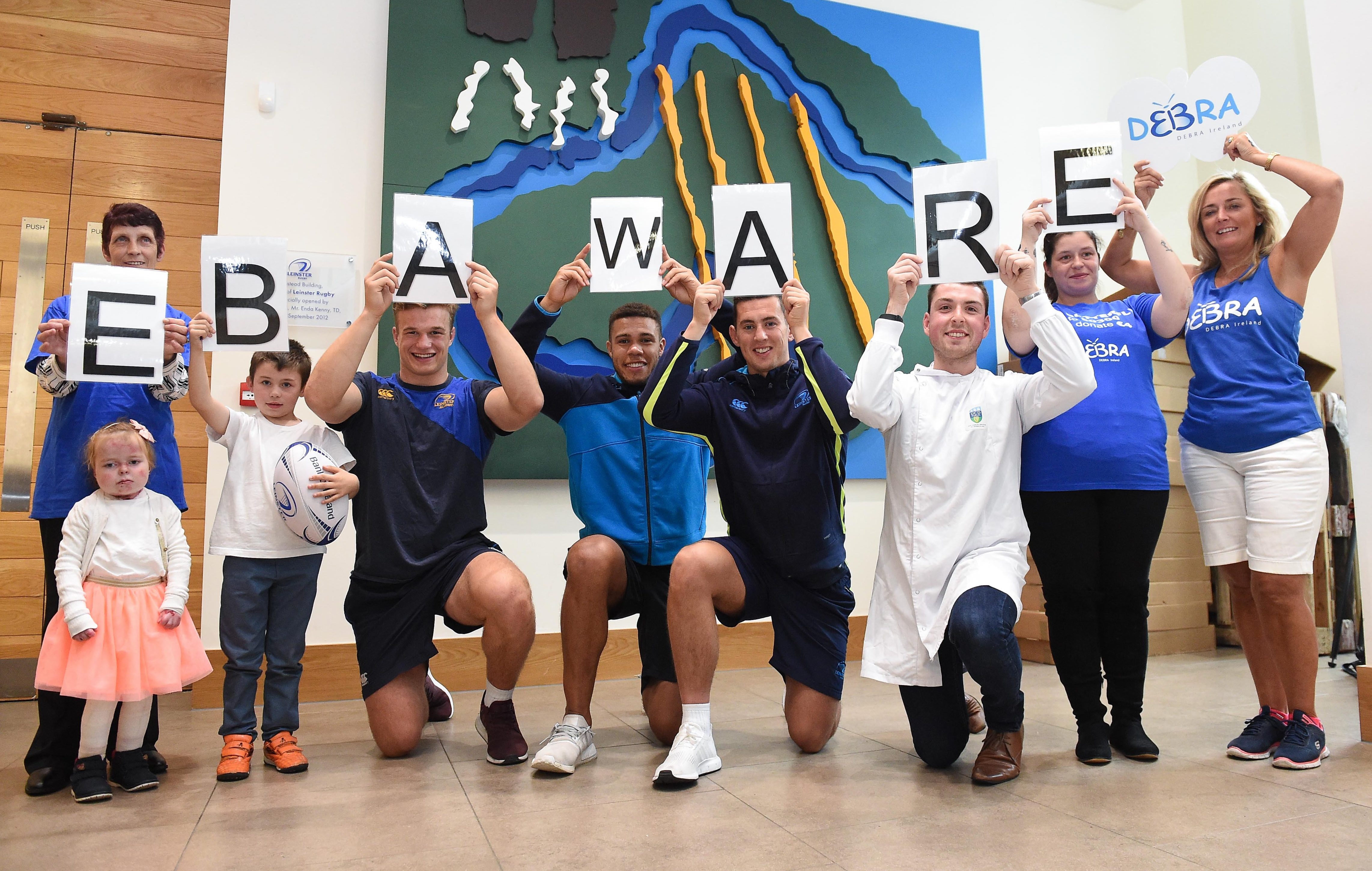 “Little Liam’s anniversary was last week, and we all travelled to Monaghan to show our solidarity with the Hagan family,” said Casey’s mum Rachel.

“The EB community is a very tight-knit one, and like Leinster, we all stick together in adversity. I am delighted that Jayden has the chance to highlight this awful disease on such a national stage – he is very close to his sister and sees what she has to go through on a daily basis.”

Debra Ireland will be in attendance at the game and will be handing out EB butterfly tattoos and are asking supporters to wear the butterfly in a show of support for Casey and other families fighting EB.

This year the charity is asking people to join in the butterfly effect, starting with Leinster fans at tommorow’s game and stretching right across the province and indeed the country in particular for Debra Ireland’s National EB Awareness Week which is taking place from 23-29 October.

In addition Leinster have announced that SKY Sports, the broadcaster of the game, will scan the crowd at half time to pick out supporters wearing their butterfly tattoos and there will be spot prizes for five lucky supporters.

“We are so grateful for the incredible support we have received from Leinster Rugby and the Blue Army over the last year,” said Judith Gilsenan of Debra Ireland.

“Their support means so much to all those living with EB. No matter how tough the game is on the pitch, no matter how battered and bruised the players become, they will recover from their injures. Sadly, for a child living with EB, many of their wounds will never heal.

“Saturday is all about EB Awareness and we are asking Leinster fans and people all over the country to wear a butterfly temporary tattoo for all families fighting the battle that is EB.

“Because EB is rare, fewer people have heard of it. We want to create a butterfly effect where small gestures can have larger effects. We know that with the support from the Blue Army we can make this happen”.

Anyone wishing to support Debra Ireland during their #EBAwarenessWeek is asked to text BUTTERFLY to 50300 to donate €4 and Debra Ireland will receive a minimum of €3.25 from every donation.

“With EB every little bit can hurt, but in this case every little butterfly helps, so please show your support and text to make a donation and be part of the #butterflyeffect,” said Judith.