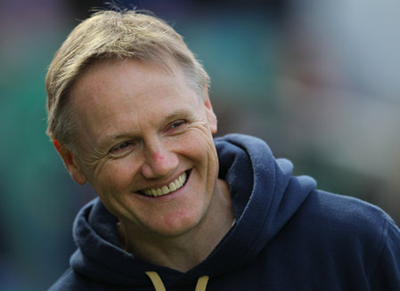 In addition to the signings of Ireland duo Isaac Boss (scrum-half) and Ed O’Donoghue (second row) from Ulster on two and three year deals respectively, Leinster have also completed a two-year deal with South African international prop Heinke van der Merwe from Super 14 side the Lions.

In addition to these new deals, Isa Nacewa has signed a new three-year deal with the province.

Leinster hope to complete one further back-five forward signing in the coming weeks.

Meanwhile, the coaching team has also been completed for the coming season. Fresh from his involvement in Clermont Auvergne’s Bouclier de Brennus success Joe Schmidt takes over as Head Coach in a new coaching team which will include Jono Gibbes as Forwards Coach and Richie Murphy whose role has been expanded to incorporate Skills as well as Kicking responsibilities.

Guy Easterby takes over the position of Team Manager following his involvement with the province’s British & Irish Cup and ‘A’ in recent years, thus ensuring continuity in the new coaching ticket.

Former New Zealand prop Greg Feek has signed a deal to become the senior team’s Consultant Scrum Coach. Capped 10 times for the All Blacks between 1999-2001, the former Taranaki, Canterbury and Tasman front-rower has been the Forwards Coach for the Wellington Hurricanes since 2008.

Leinster Chief Executive Michael Dawson commented: “I am delighted to welcome our new signings on board and I’m confident that each will make a significant impression on the team both next season and in the years ahead.

“All of the players come with impressive pedigrees and they will supplement a squad which has been further bolstered by six Academy players who have signed Development contracts with the province. We are delighted by the talent coming through the Academy system and it is encouraging both for Leinster and Irish rugby that such a strong crop of underage talent are being rewarded in the next step in their careers.

“It is an exciting time for the province and I would like to formally acknowledge the significant impact of our departing coaches and backroom team members. We wish them well with their future careers.

“Greg Feek joins the province having accrued impressive playing and coaching credentials in New Zealand and he will supplement a coaching team which will draw on the experience of Jono, Richie and Guy, who have all been involved in the Senior set-up over the last two years, while Joe joins us after guiding Clermont to the French championship.”

Meanwhile, following the close of the ‘Early Bird’ Offer, Leinster are pleased to announce record sales of over 12,500 Season Tickets for next season. Most categories are now sold out with less than 1,000 tickets remaining in the North and South stands, priced at €;289. The number of Season Ticket sales has grown rapidly in the last number of years as more and more Leinster supporters take advantage of the great value on offer.

In 2005 there was 2,700 Season Tickets Holders and this had increased to over 7,500 with the move to the RDS for the 2007/08 season when Leinster lifted the Magners League title. Last year’s Heineken Cup win boosted figures to 10,800 and numbers are already at 12,500 for next season. Supporters can still sign up for next season HERE

Leinster will face London Wasps in a pre-season friendly in Donnybrook in an evening game on Friday, 20th August (KO: 7pm) and travel to England to face Leicester Tigers a week later on Friday, 27th August in Welford Road (KO: 7.30pm).