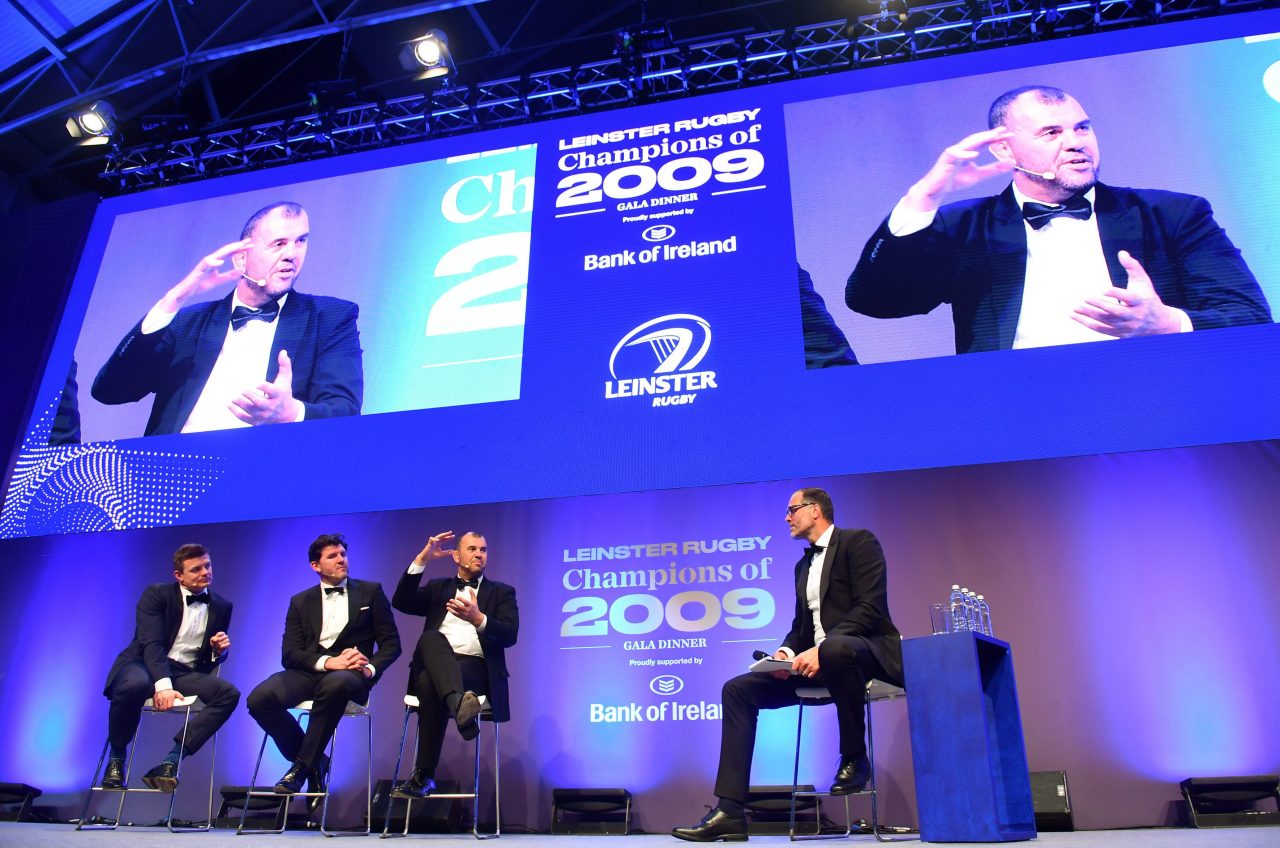 Last night, Leinster Rugby, kindly supported by Bank of Ireland, celebrated the Heineken Cup Champions of 2009 with a Gala Dinner in the RDS Main Hall.

The event was a 10-year anniversary celebration of Leinster’s maiden European Cup victory, a 19-16 win over English side Leicester Tigers in the final in Edinburgh.

Coach Michael Cheika, then captain Leo Cullen and his teammates were present to regale the gathered attendees with some insight into the 2008/09 campaign and indeed some of what went before in darker days for the province.

Leinster Rugby CEO, Michael Dawson, welcomed all before handing over to former England international Martin Bayfield who was MC for the night. 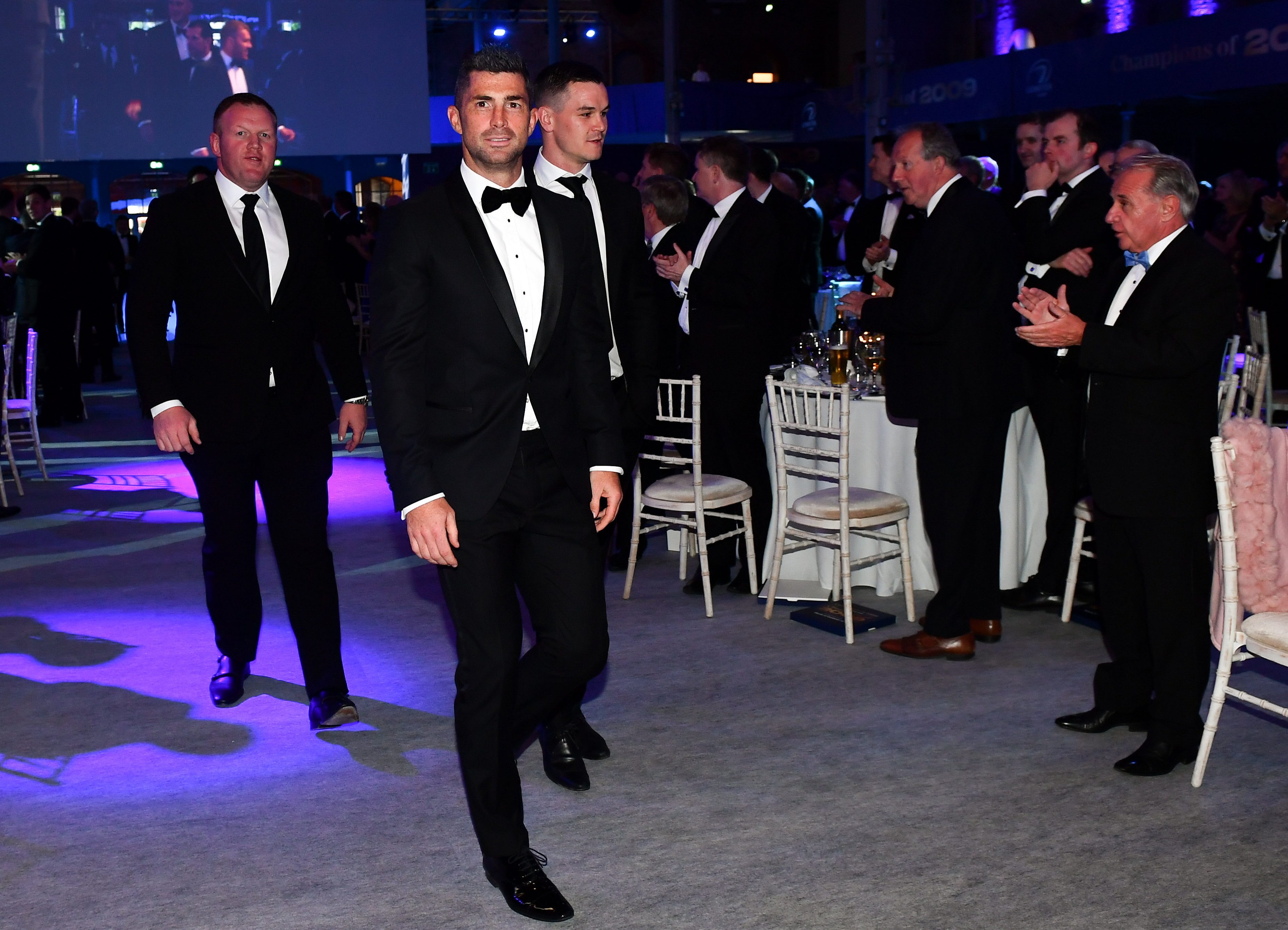 It was Bayfield who introduced the coaching staff and the squad to the room and they were welcomed by a huge cheer and a standing ovation as they were paraded into the RDS Main Hall to the sound of the original European anthem.

Cheika, Shane Horgan and Brian O’Driscoll were the first guests onto the stage where they discussed the disappointments of what went before, the early phases of building the squad and also what set Cheika and his coaching style apart from the rest. 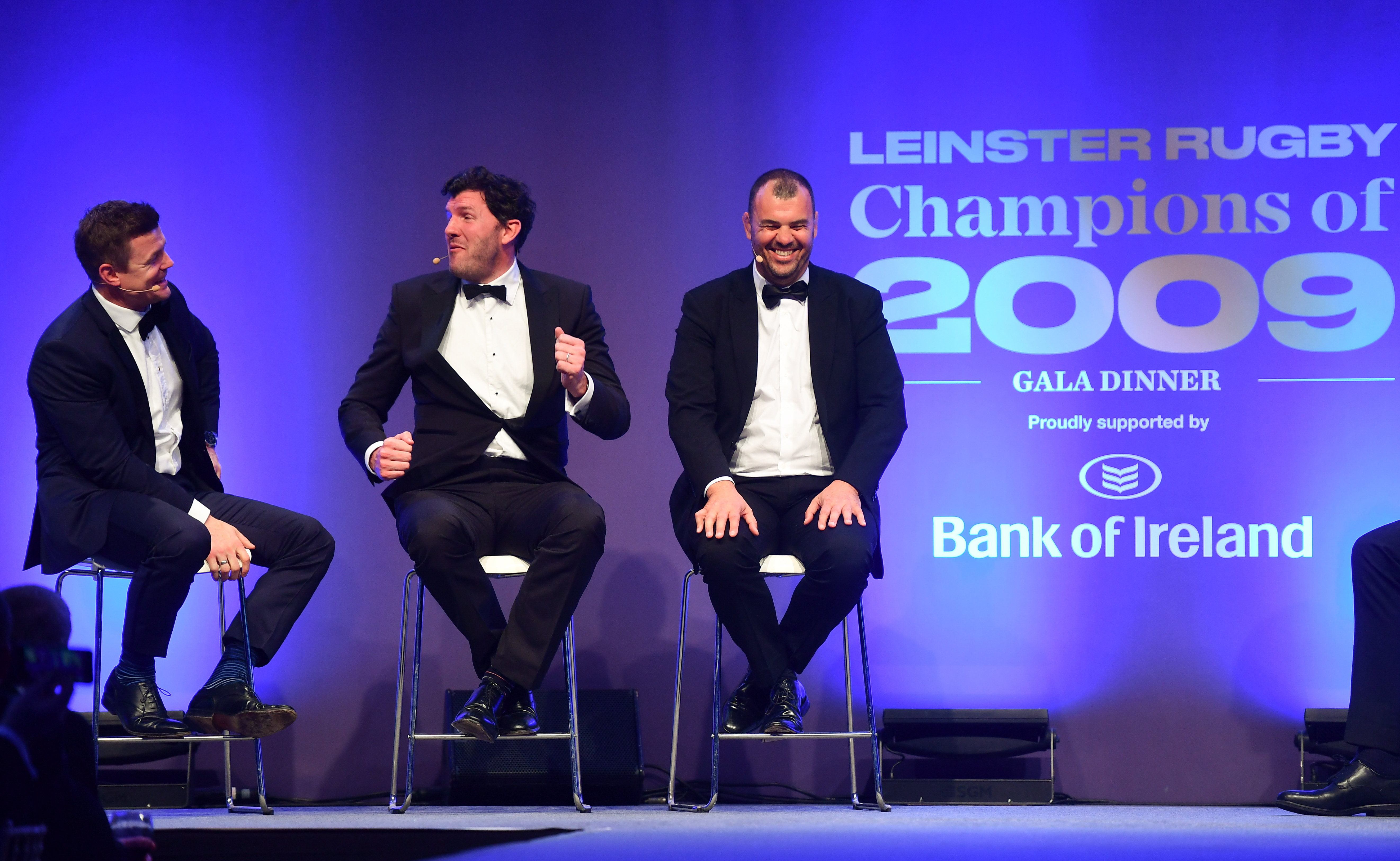 They also reminisced about the pool stage from that year where Leinster finished top of Pool 2 ahead of Wasps, Edinburgh and Castres.

The account of the knock-out stages was provided by the line-up of Fergus McFadden, Stan Wright, Felipe Contepomi, John Fogarty and Ronan O’Donnell.

They talked through the infamous ‘Bloodgate’ game against Harlequins and in particular the comings and goings pitchside as O’Donnell and the late Prof. Arthur Tanner tried to argue their case with referee Nigel Owens that foul play was at hand by ‘Quins.

And of course there was time to talk about the huge victory over Munster in Croke Park in front of over 80,000 people and, as Stan Wright recalled, the sight of the chess-board-like red and blue of supporters on all sides of the ground.

Risteárd Cooper provided some light entertainment of his own with some hilarious impersonations before the final group of 2009 captain and now Leinster head coach Leo Cullen, Johnny Sexton and Isa Nacewa were invited to talk through the final in Murrayfield and the brilliant three-point win over two-time champions Leicester Tigers.

As the night drew to a close, local band Rake The Ashes started up, and the over 1,000 people in attendance danced away into the early hours on what was a most memorable of evenings in celebration of an historic first.

What should also be remembered is that proceeds from the evening will go to a charity nominated by the 2009 squad, namely Crumlin Children’s Hospital, and also to the Leinster Rugby Centres of Excellence project.

Leinster Rugby is grateful to Bank of Ireland, the InterContinental Dublin, Communicorp and Diageo for their support of the Gala Dinner.