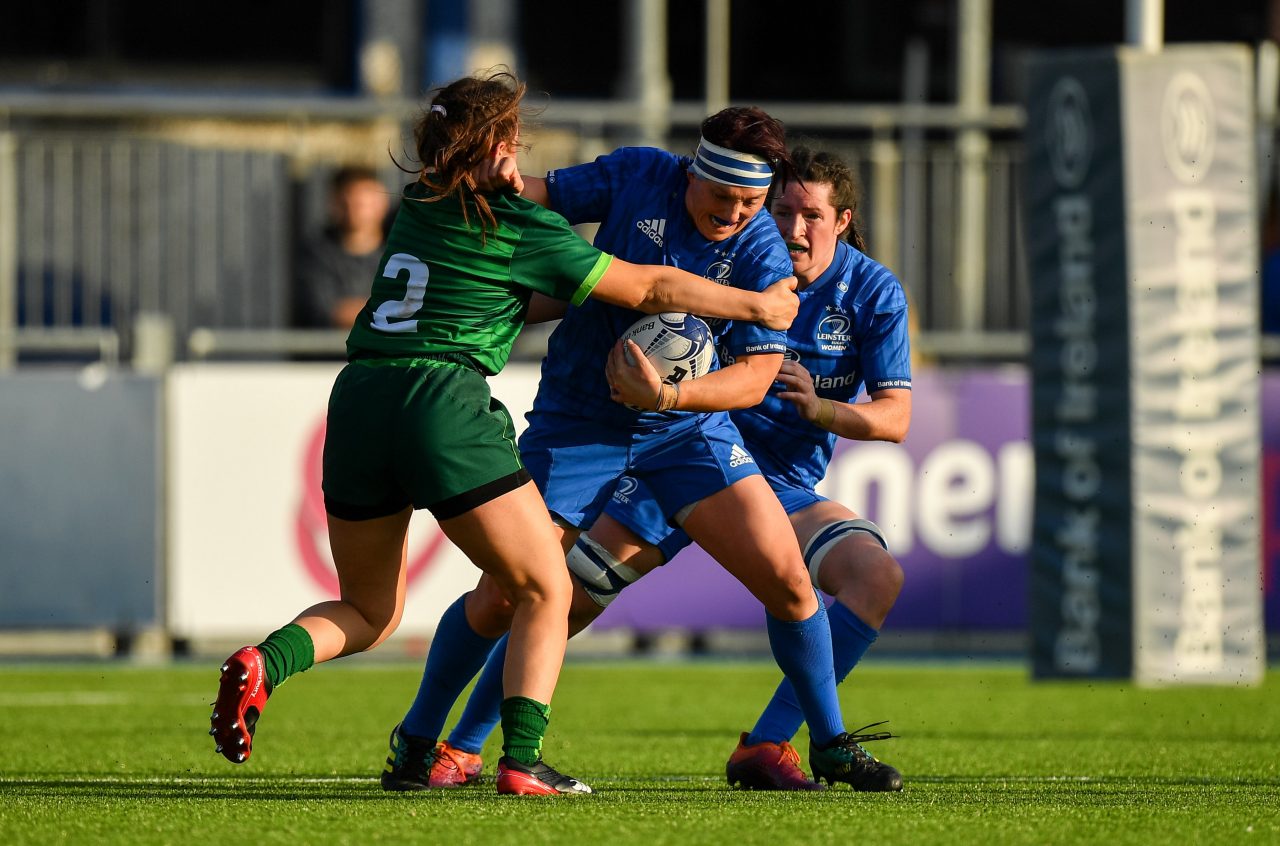 Leinster Rugby will face Connacht Rugby at Energia Park this Saturday at 7pm in the IRFU Women’s Interprovincial Championship Final.

Leinster defeated Ulster in convincing fashion in their semi-final at St Mary’s College RFC on Saturday, while Connacht overcame Munster in the day’s first semi-final.

The third-place playoff between Munster and Ulster will also be played at Energia Park, kicking off at 5pm. Entry for both games is free of charge.

Speaking to leinsterrugby.ie after the win over Ulster, head coach Ben Armstrong said:

“It shows exactly what we’re looking for from this competition that teams are improving all the way through.

“(Connacht) would love another bite at us. We’re looking forward to trying to fix ourselves and get ourselves better again. Another week together and another week of improvement.”

This will be the first time the title is decided in a final rather than in a three-game round-robin series.

Leinster claimed the title last year at Energia Park after a 12-12 draw with Munster saw them finish top of the table.

This year the province’s competed in the usual league format before being seeded and competing in semi-finals which took place last Saturday at St Mary’s RFC.

Leinster finished as top seeds following three wins out of three, including victories away to Ulster (5-24) and Munster (13-20), and a home win over final opponents Connacht (34-6).