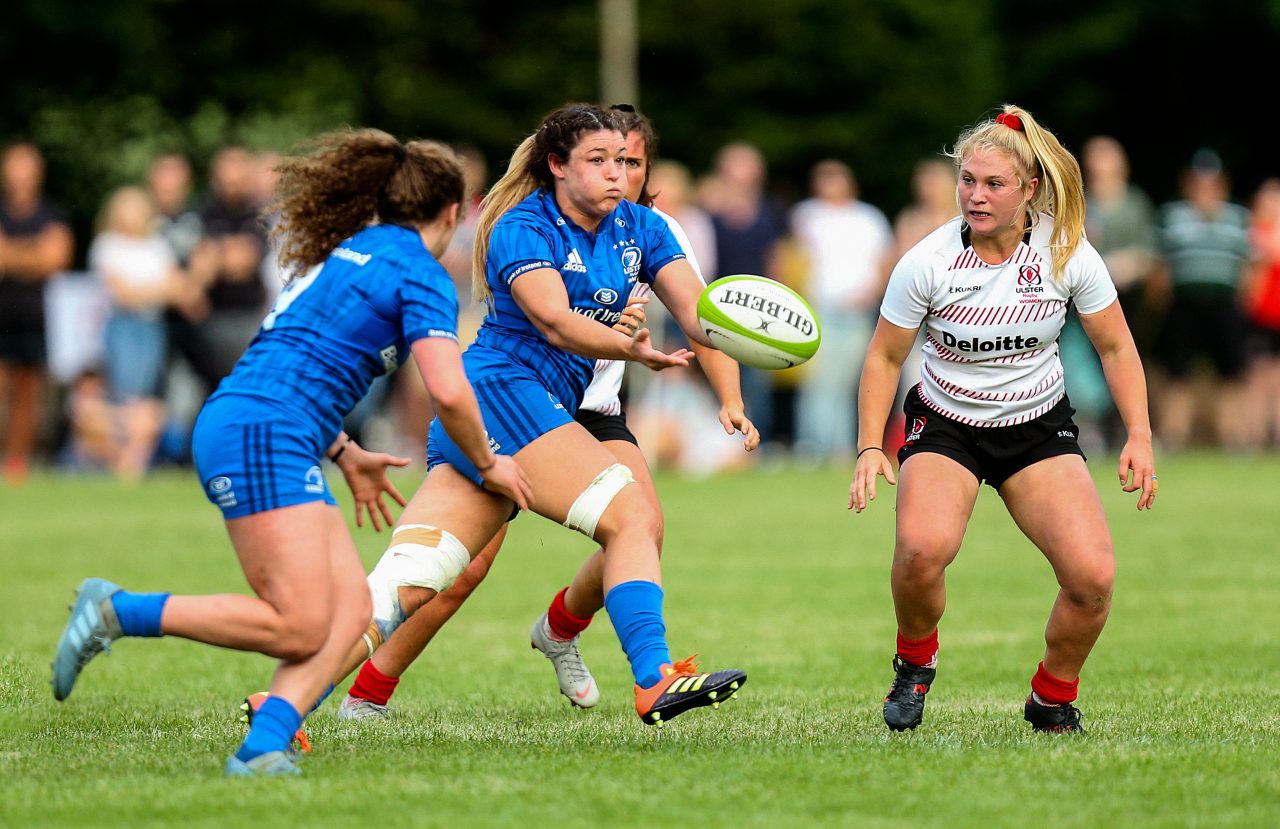 Leinster have continued their excellent start to the 2019 Women’s Interprovincial Championship with a second win in as many games.

A brace of tries either side of the break enabled Leinster to maintain their 100% record after two games.

Molly Scuffil McCabe, making her first start for the province, crossed for the first points of the game, her half-back partner Larissa Muldoon duly converted.

That concession sparked a prompt response from the hosts and their pressure was rewarded when out-half Vicky Irwin dotted down but was unfortunate to see her conversion hit the post.

Similarly to Ulster, allowing points to the opposition was the perfect catalyst to kick start more positive play from Leinster and it wasn’t long before they extended their lead.

A block down on the Ulster line allowed prop Katie O’Dwyer to pounce on the ball and get Leinster’s second try.

Early first-half replacement Hannah O’Connor got the third before slotting the conversion between the posts herself to stretch the lead to 14 points.