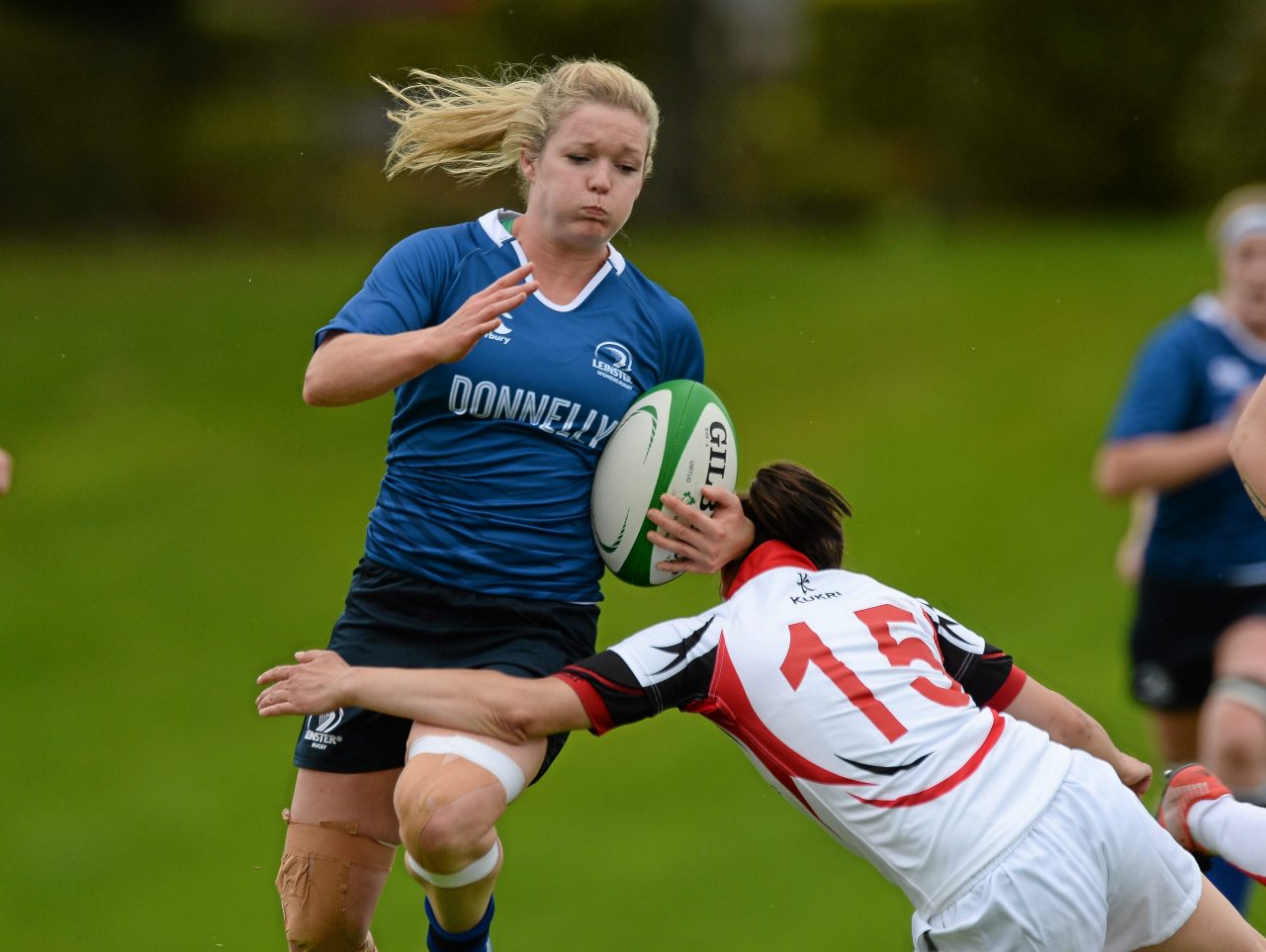 The Leinster Women opened their Interprovincial campaign with a six-try drubbing of Ulster at Portadown RFC on Saturday. Final score Leinster 38 Ulster 0.

It did not come as too much of a surprise given how many of their Ireland contingent were back on board and how young and inexperienced were the home side.

The scores took time to flow as Leinster started rustily, making simple mistakes readily. When the passes started to stick, Ulster found themselves in bother under their posts with the put-in to a scrum.

They were heaved back off their ball and number eight Paula Fitzpatrick seized on the chance to power her way over for fellow Ireland international Nora Stapleton to convert.

The next time Leinster came calling, they made it count in an impressive move, swinging the ball right, into the middle and to the left for wing Amy Cotter to accelerate into the corner.

The confidence was on the rise as full-back Jeamie Deacon hit the line with menace, centre Aine Donnelly found holes and Elise O’Brien made her presence felt, all before captain Ailis Egan came up trumps to make it 17-0 at the break.

Former Ireland coach Phillip Doyle would have warned his Ulster Women about the dangers of loose concentration at the beginning of the second-half. They either did not or could not use his advice to their advantage.

Leinster cranked into top gear again to produce two quickfire tries from the energetic O’Brien, after eight phases of play, and stand-off Stapleton, the latter converting both of them, to stretch it out to 31-0 be the 45th minute.

The expected surge of replacements began. It did stall the smooth working Leinster machine even though front rower Cliodhna Moloney looked powerful and fast in the loose.

World Player of the Year nominee Sophie Spence has the final say with a try to round out the half-dozen in what was always going to be the easiest of Leinster’s three assignments.

“We’re absolutely certain we’re going to have to raise our game in a number of areas when we face Connacht in Donnybrook next Saturday,” said coach Robert Forbes.

Leinster face Connacht next Saturday the 29th of August in their second round of the Interprovincial campaign in Donnybrook Stadium, KO 5pm. As this is the only ladies home match, they’re hoping to see some familiar faces cheering them on.