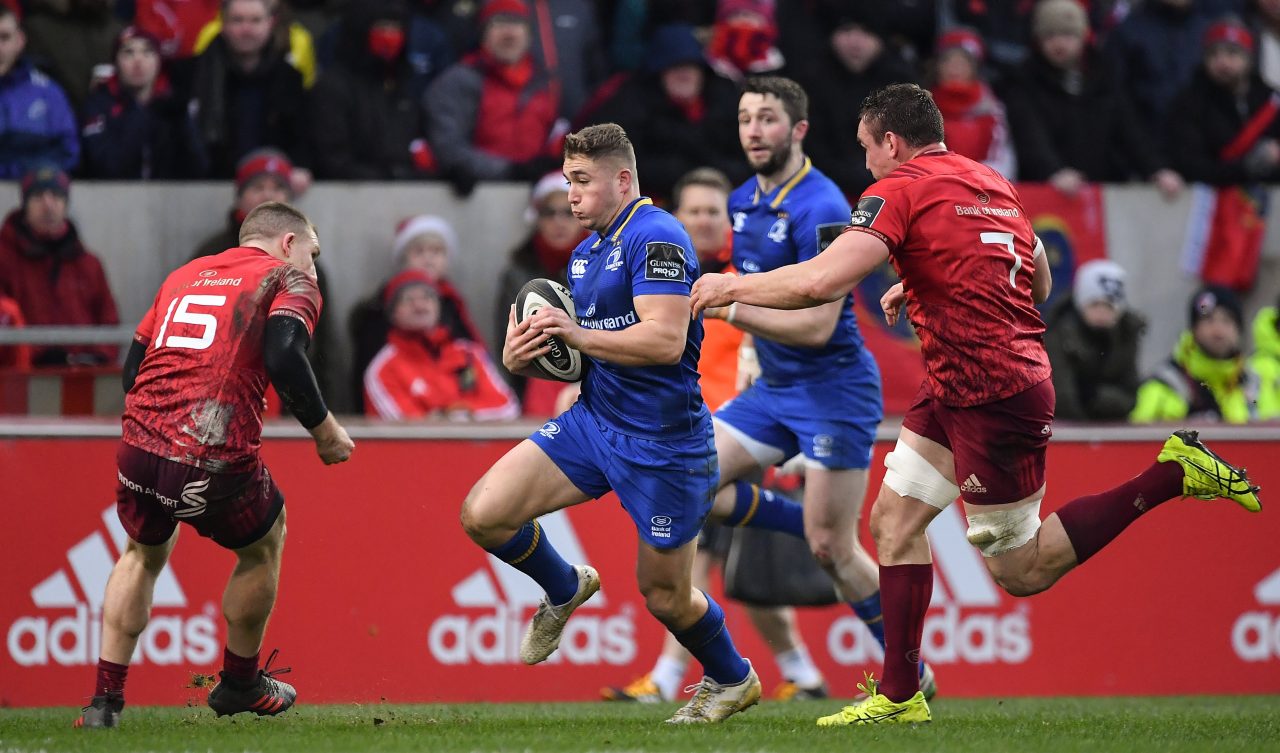 Leinster Rugby will face Munster Rugby in a Guinness PRO14 Semi-Final at the RDS Arena on Saturday, 19th May (KO 3.15pm).

Leinster Rugby Season Ticket holders will be emailed with more information on tickets for the semi-final on Tuesday.

Munster defeated Edinburgh Rugby in a Semi-Final Qualifier at Thomond Park on Saturday afternoon, 20-16, with tries from Rhys Marshall and Keith Earls, supplemented by 10 points from the boot of JJ Hanrahan.

Edinburgh reduced the margin between the sides to one after a try from Nathan Fowles on 58 minutes but couldn’t find a go-ahead score, with Hanrahan kicking a penalty inside the final 10 minutes to give Munster a four-point cushion.

Johann van Graan’s side qualified for the Guinness PRO14 Final Series after finishing second in PRO14 Conference A behind Glasgow Warriors, with 69 points, 13 wins, one draw and seven losses.

Leinster finished top of PRO14 Conference B level on 70 points with Scarlets but with a superior points difference.

The PRO14 Semi-Final will take place one week after the Champions Cup Final against Racing 92 in Bilbao on Saturday, 12th May.

Scarlets defeated the Cheetahs in the other Guinness PRO14 Semi-Final Qualifier and will go on to face Glasgow Warriors at Scotstoun.

The winner of that game will then go on to face Leinster or Munster at Aviva Stadium in the final on 26th May.