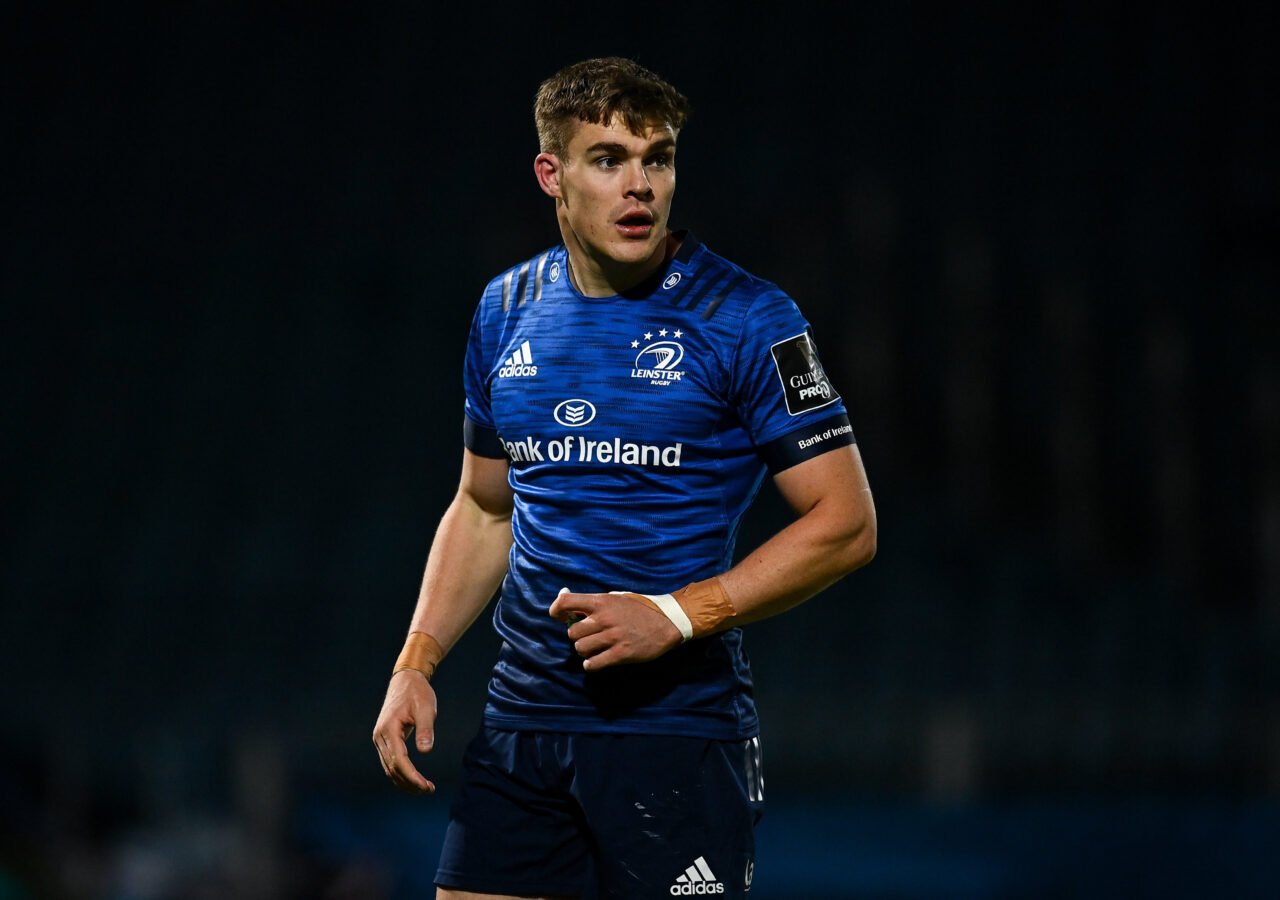 Garry Ringrose and Caelan Doris have received end of season awards from their fellow players in recognition of stellar performances for Leinster Rugby over the course of the 2019/20 season.

The formal Leinster Rugby Awards Ball was cancelled in May due to Covid-19 but today it was confirmed that Ringrose has been named the Bank of Ireland Leinster Rugby Players’ Player of the Season for his outstanding contributions which culminated in leading Leinster out at the Aviva Stadium for the final of the Guinness PRO14. 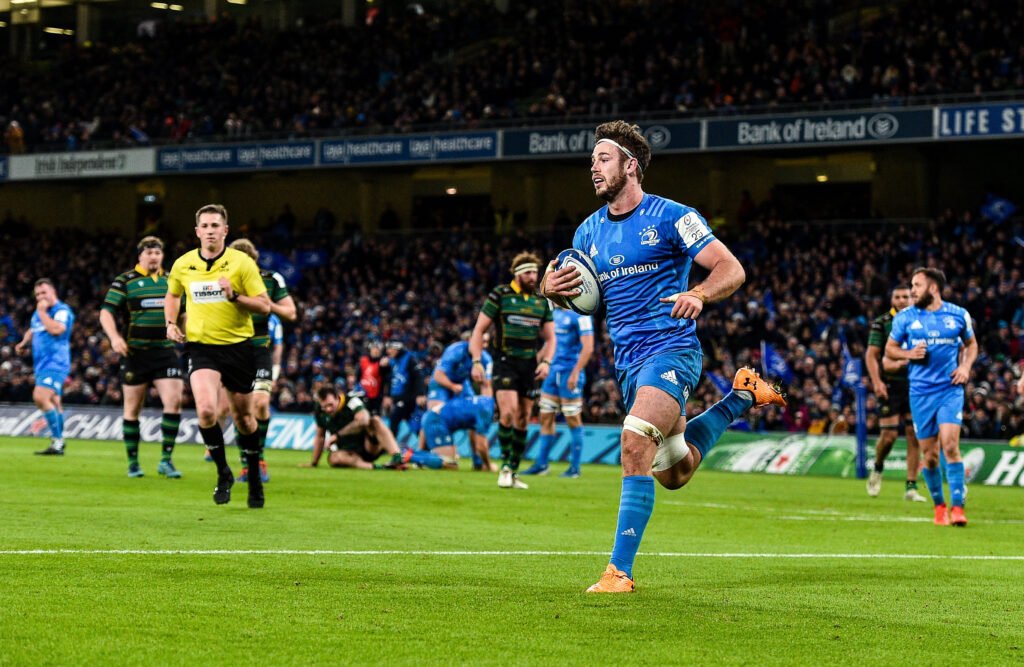 While Doris is the LAYA Healthcare Leinster Rugby Young Player of the Season for 2019/20 after a monumental season in blue which also saw him make his debut for Ireland in the Guinness Six Nations.

Speaking on behalf of the wider squad Leinster Rugby captain Johnny Sexton said, “Both Garry and Caelan have been superb all season and thoroughly deserve their awards. Naturally, we would love to celebrate their achievements with family and friends at the end of season awards but we understand we have to keep playing our part. It was still nice to have a moment with the two lads at the team meeting and to surprise them with their awards.

“Both of them have been brilliant for us in a hugely demanding season and not once did they let their standards slip. They are two players that any young boy or girl should aspire to be like as they play the game in the right spirit, enjoy it and drive the standards day in, day out here in Leinster.”

Leinster Rugby Head Coach Leo Cullen echoed Sexton’s sentiments and also paid tribute to their efforts saying, “We play a team sport so it is all about the collective effort and reward but I think when you have been recognised by your peers, by your fellow players with an award like this it is special. They see your efforts day in, day out and understand what you bring to the environment, not just during the 80 minutes, so it means that little bit more I think.

“I know the regard both Garry and Caelan are held by the playing group and it is shared by the coaching staff. Two great players but special men also. The recognition is richly deserved.”

Garry made his Leinster Rugby debut in September 2015 on the left wing against Cardiff Blues but has since established himself as a mainstay of the Leinster and Ireland teams in the centre. He has won 78 caps for Leinster and 29 for Ireland and during the 2019/20 season captained his home club for the very first time in the Guinness PRO14 Final against Ulster Rugby in the Aviva Stadium. 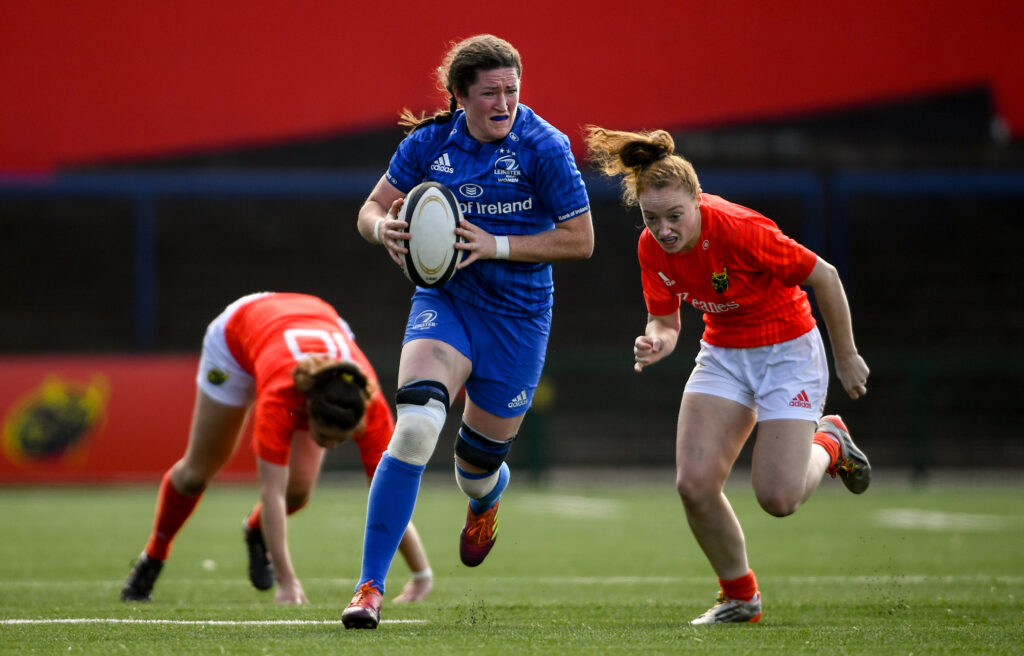 Caelan made his Leinster Rugby debut in April 2018 away to Connacht and has since gone on to play a further 33 times for Leinster in the Guinness PRO14 and in the Champions Cup. He played for Leinster a total of 17 times during the 2019/20 season, six in Europe and 11 in the Guinness PRO14, scoring four tries in the process including one in the PRO14 Final. He also made his Six Nations debut against Scotland.

The Bank of Ireland Leinster Rugby Women’s Player of the Season was presented to Blackrock College RFC’s Hannah O’Connor at a cap presentation ceremony hosted by Bank of Ireland in November following the successful defence of their interpro title.