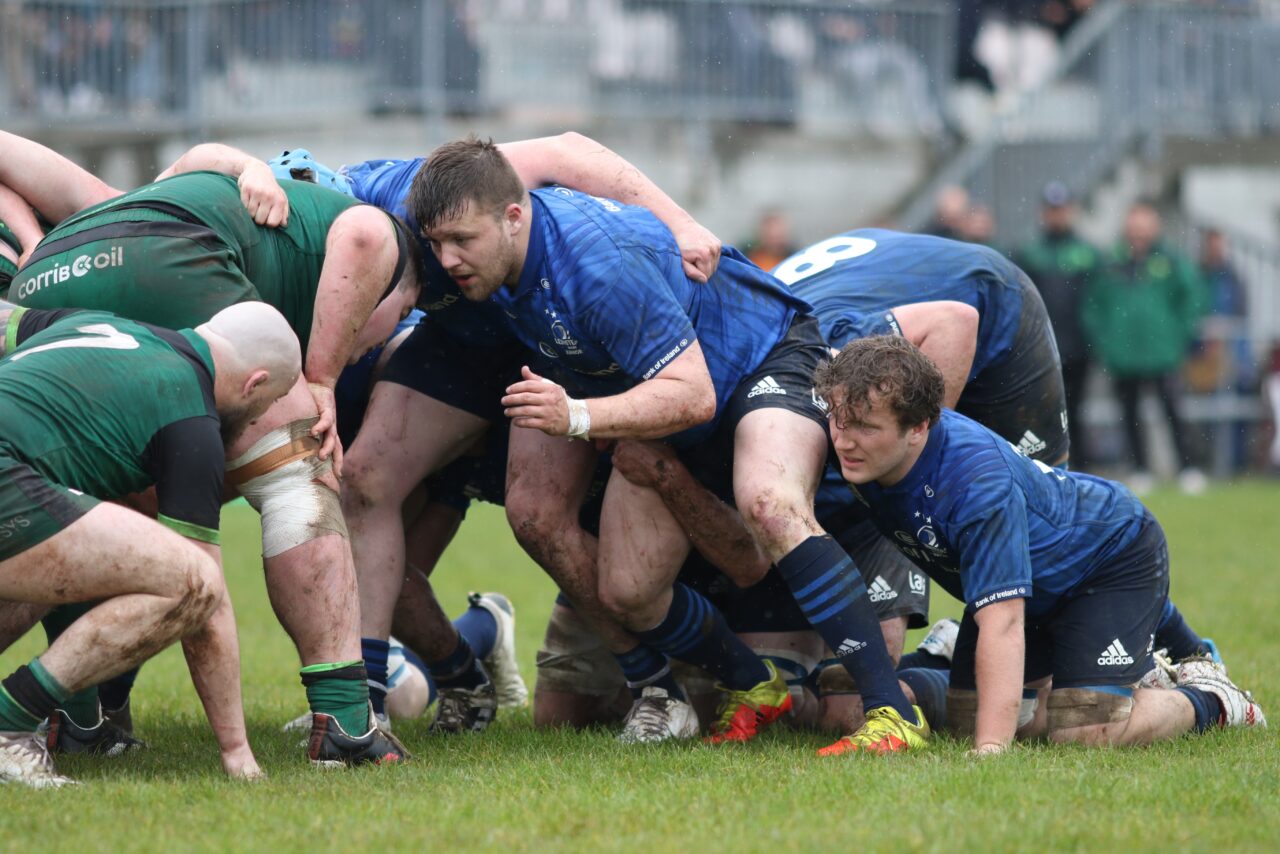 The Leinster Rugby Juniors returned to winning ways on Saturday with a hard fought victory over Connacht in Athlone. The match, played at Dubarry Park, home of Buccaneers RFC, was a must-win game for the Leinster boys after their difficult opening encounter the previous week away to Ulster.

The lads delivered, putting in a gritty performance in this low scoring encounter.

Connacht started the stronger of the two sides, enjoying an opening 15-minute period of dominance both in territory and possession.

However, stout Leinster defence, which would be a feature of the afternoon’s encounter, kept Connacht at bay. Leinster’s first foray into the Connacht half almost came undone as the men from the west sought to break out only for Boyne’s number six, Rory Hennessy to intercept a pass and send Leinster back near towards Connacht 22.

This phase of play ended with a penalty awarded to Leinster which was kicked by the Athy’s Craig Miller. 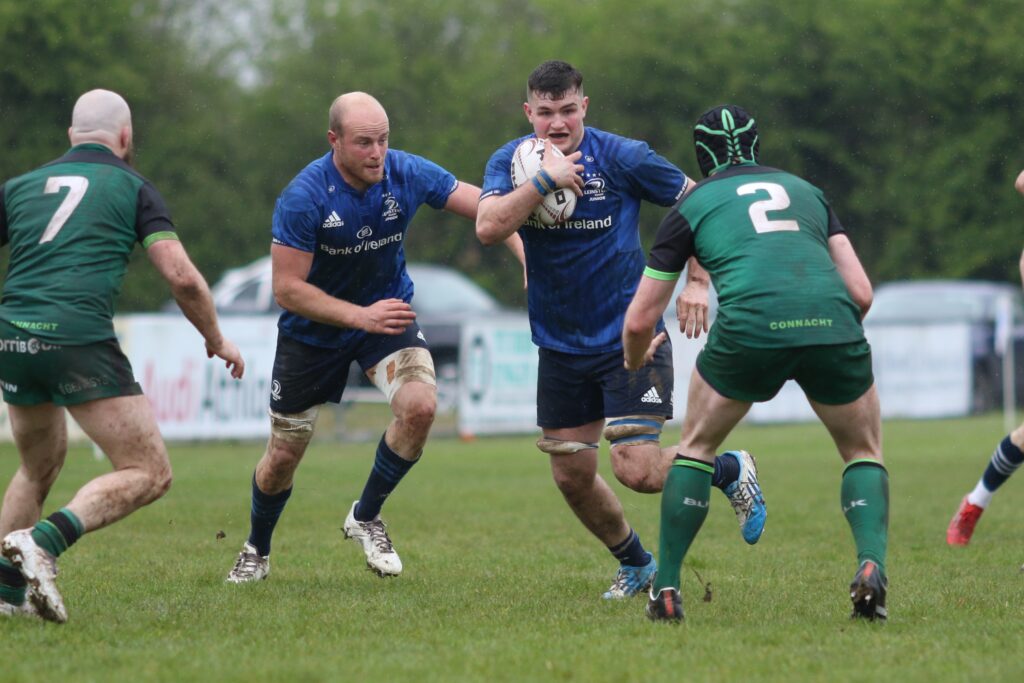 Miller would then extend the lead with another three points from the tee just before the half-hour mark.

Leinster were now firmly on top and further pressure from the men in blue resulted in another penalty and a yellow card for Connacht. The kick at goal was very close but this time just wide.

Despite having a numerical disadvantage, Connacht finished the half pressing the Leinster defence and their efforts were rewarded with an injury time penalty halfway between the Leinster 22 and 10-metre lines which was converted to halve the deficit going in at the break.

Connacht’s early second half pressure brought them close to the Leinster line almost from the off. The Leinster lads spent the first 12 minutes of the second half defending their own line as Connacht put in wave after wave of attack, using their heavy pack to batter the defence.

But they held firm and the pressure was relieved. Connacht were far from done. Though repulsed from the Leinster line, a renewed attack resulted in a long range penalty kick which just fell short.

Leinster were clinging on to their narrow three-point lead. 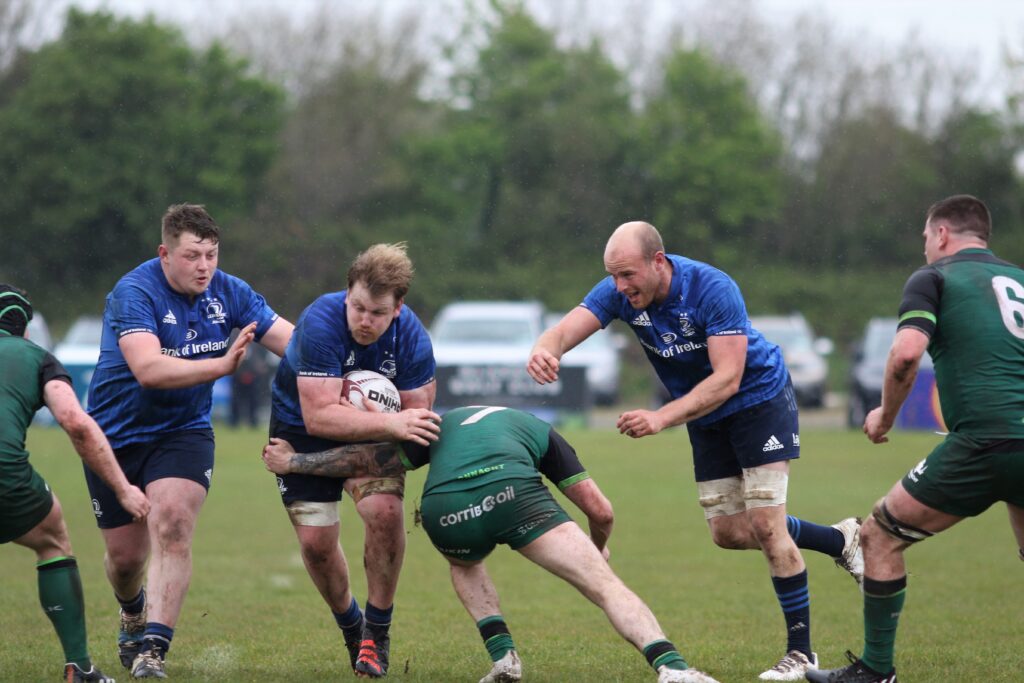 After 74 minutes, a scrum penalty awarded to Leinster brought the lads deep into Connacht territory. A sustained period of pressure saw Leinster surging towards the Connacht line only for the ball to be knocked on inches short.

There was another attempt for Leinster off the tee late in the day but, with the poor conditions, and a tight angle, it was narrowly wide and Leinster had to hold firm to take the 6-3 win.

The Leinster back row put in a sterling performance. Seapoint’s Zach Jungmann, earning his first cap at number seven for Leinster, was busy, whilst Hennessy made numerous big carries and tackled everything in green all afternoon.

Huge credit must also go to the front row who really stepped up after the difficulties of the previous week against Ulster and countered a powerful Connacht pack.

Next up is a home clash against Munster at New Ross RFC on Saturday, 7 May.