Leinster Juniors start off on a high… 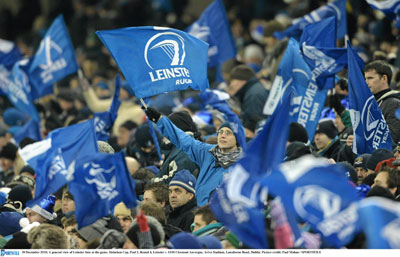 The Leinster Juniors kicked off their interprovincial campaign with a fine 30-24 victory over Munster in Charleville on Saturday afternoon and they will be looking to build on that win against Connacht in Donnybrook this Saturday (KO: 3pm)…

Declan O’Brien and his coaching staff has brought 19 uncapped players on board for defending champions Leinster this year, and they got their title defence off to a winning start with a six-point defeat of Munster.

Captained by former All-Ireland League player Barry Lynn, Leinster scored three tries in the opening half to take a 25-16 lead by half-time.

Kilfeacle back rower Ger Luby, who led by example for Munster, grabbed their first half try and Dara Meade from Kanturk added the conversion and three penalties.

Ciaran O’Coilleain, the first player involved at this level from Rugbai Corca Dhuibhne, was a notable inclusion on the Munster bench, while there were two sets of brothers in the matchday squad – Pat and Eoin O’Connor from Junior League champions Cashel and Dermot and Brian O’Sullivan from Tralee.

Replacement Brian O’Sullivan (try) and Meade (penalty) added to Munster’s tally in the second half, but despite a late rally John O’Neill’s side were second best on the night.

A second try from centre Duffy, in the third quarter, gave Leinster enough of a buffer to see out an encouraging bonus point win for a squad that only came together three weeks ago.

In Tuam on Saturday, Connacht also recorded a bonus point success. The westerners, bolstered by players from Ulster Bank League qualifiers Sligo and their close rivals Monivea, had a degree of comfort in a 36-12 win over Ulster.