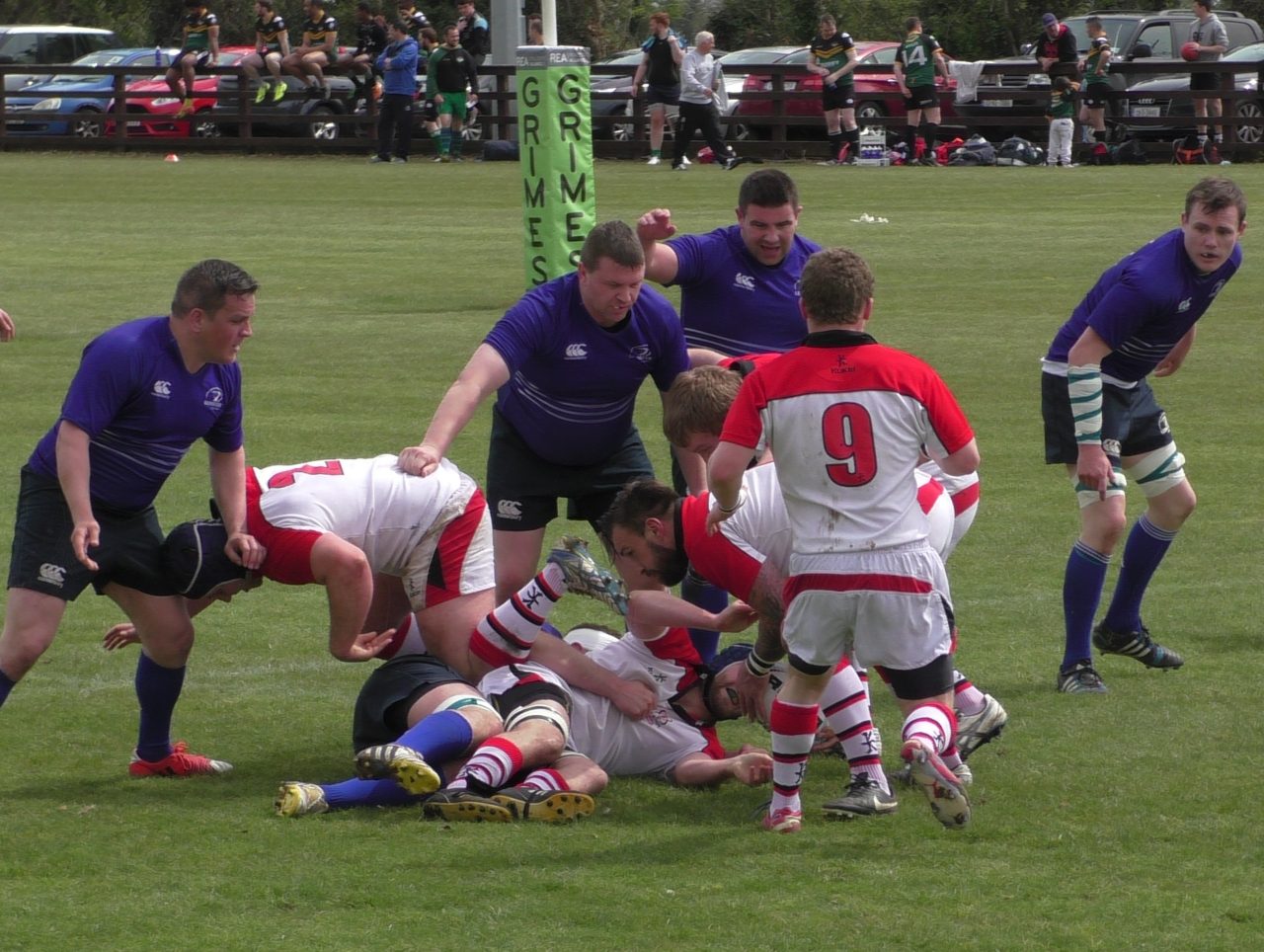 Ulster clinched the Junior Inter Provincial title in a cracking clash with Leinster in Ashbourne RFC on Saturday. The northerners won out on a score of 20-06 in a game that was far more of a contest than the score line suggests.

Ulster’s ability to pick the lock on the Leinster defense on two occasions in the first half was what separated that two sides.  The away team deserved this grand slam wining win for their measured approach.

Playing most of the second forty in the Leinster half without possession the victors were the personification of calm under pressure.  For their part the home team could not convert set piece superiority to scores on the board.

The Leinster trivia of Quinn, McGahey and Clifford, and later Gleeson, had more that the measure of their Ulster counterpart, but any advantage at the scrum time was stymied by an impressive Ulster defense.

As in the blues’ previous games there were promising forays behind the opponents line right from the off.  Individual breaks by Paul Nolan and Adrian Hanley put a lot of pressure on Ulster early on, but the northerners were adept at shuffling resources and killing the attacks.

With 14 minutes gone Hanley burst from the base of a dominant scrum and dashed into the visitors’ 22.  When an offside advantage failed to materialise ref Chris Harrington brought play back to just outside the Ulster 22 where winger Ultan Murphy clipped over leaving the scoreboard at 03-00.

The home team’s frenetic energy in attack contrasted starkly with Ulster’s more measured approach.  Building phase play slowly they moved into the Leinster half.  A series of plays by the pack edged inside the opponent’s 22 before fullback Chris Cousins ran a dynamic line against the grain that scythed through Leinster’s defense.  Not content with the five Cousen converted to put his side in pole at 03-07 with 19 minutes gone.

The home side pressed back, but some fine passing movements crumbled when the final pass refused to stick.  Any lack of composure by Leinster was further offset by the opposition’s coolness.  Coulsen added another three on the half hour mark thanks to an offside infringement.

As the half wound down it looked as if home side would have be going in with a seven point deficit.  Their minds must have been on the half time oranges when the clock hit 40.  Following some hard graft and clever ruck work Ulster’s Curtis Stewart slipped the tackle of the first defender and punched a hole in the Leinster defense.  Once behind the line, with a full head of steam, the 8 was unstoppable.  Coulsen’s conversion was that last act of the half leaving it 17-03.

At the restart Ulster were anxious not to let their opponents back in.  An intense all-out attack for four minutes concluded when visiting out half Nick Finlay decided that points were on offer and popped over a drop goal, his side’s last score of the game.

Leinster responded with waves of attacks.  TC Campbell dictated a high temp that continually challenged the Ulster defensive line, with his forwards constantly making themselves available.   Seven minutes in Murphy converted an offside penalty to leave it 06-20.

The home team’s fight was hampered not just by the speed of Ulster’s defensive line, but by the manner in which they re-aligned once it was breeched.  Powerful carries from forwards Damien Broughall and Dave O’Connor and the back line involvement of Mike South and Johnny Williams looked promising, however Ulster always seemed to have their measure and Leinster errors did not help the situation.

Just past the 60 minute mark a speculative chip behind the Ulster line presented an opportunity to finish off any Leinster resistance, but from out of nowhere a Campbell boot put the ball in touch.

The dynamic scrumhalf showed up again with Leinster’s closest try scoring chance.  A touchline break by Cormac Dunne scattered the Ulster defence, Dunne offloaded in the tackle to Campbell who sprinted the final 30 metres to the line before grounding.  After a consultation with the linesman the ref adjudicated that there was a foot in touch before the grounding and sealed off any Leinster hopes of a fight back.

The blues grafted up to the 80, but Ulster showed the steel necessary to secure them this year’s Junior Inter Provincial title.