Leinster team named for second round of Women’s Interpros 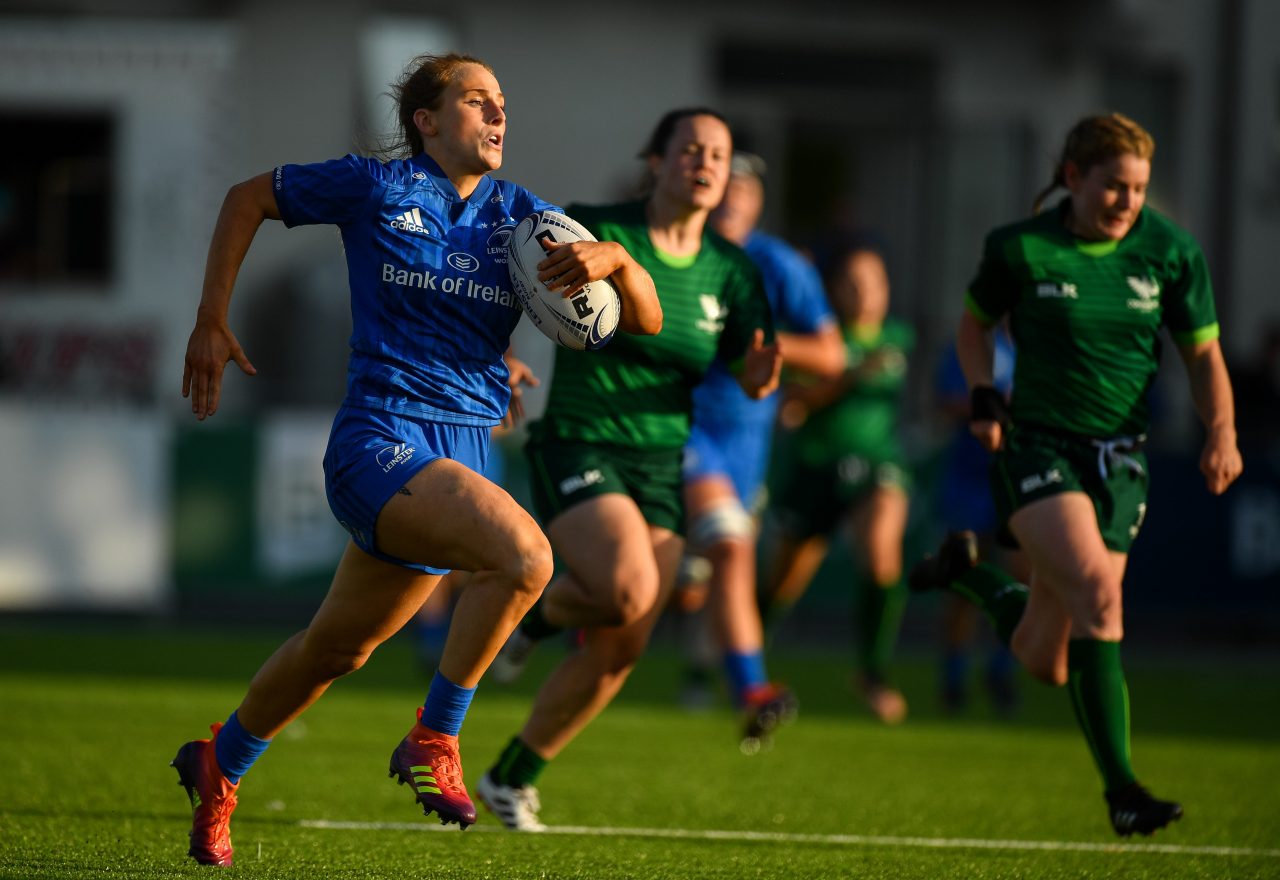 The Leinster Rugby team, sponsored by Bank of Ireland, has been named ahead of the second round of the Women’s Interprovincial Championship.

Head coach Ben Armstrong has made a few changes ahead of the trip to City of Armagh RFC to take on Ulster Rugby tomorrow (KO 7pm).

There is a new-look front five from last weekend’s win over Connacht.

Christy Haney, Lisa Callan and Katie O’Dwyer make up the front-row while new cap Judy Bobbett and Daisy Earle lock down the second-row.

Niamh Ní Dhroma moves to Number 8 and will be flanked by Jeamie Deacon and Rachel Horan at the back of the scrum.

Larissa Muldoon swaps full-back for out-half where she will be partnered by Molly Scuffil McCabe.

Grace Miller will be the last line with try-scorer against Connacht Meabh O’Brien and another new cap, Anna Doyle, either side of her on the wings.

Ahead of the game, Armstrong highlighted the need to utilise the strength in depth of the squad.

“Very happy with the start against Connacht and a nice base to start the campaign from. We had a quick look back and while there’s a number of things we feel we can improve on, we’ve chosen one or two so that we’re not getting too confused and not trying to change too much too soon,” he said.

“Selection this week is a little bit about rotation. One change with injury, but none really on performance, more just about rotation and giving girls the greatest opportunity to put their names forward for the games coming up. Every game’s a big game so we certainly feel we haven’t left anything behind for the challenge that Ulster brings.

“We know they’re going to be tough to move up front and a really well organised defence so we’re going to be working hard to try and break that down.”