Leinster players a big hit at Bank of Ireland Camps 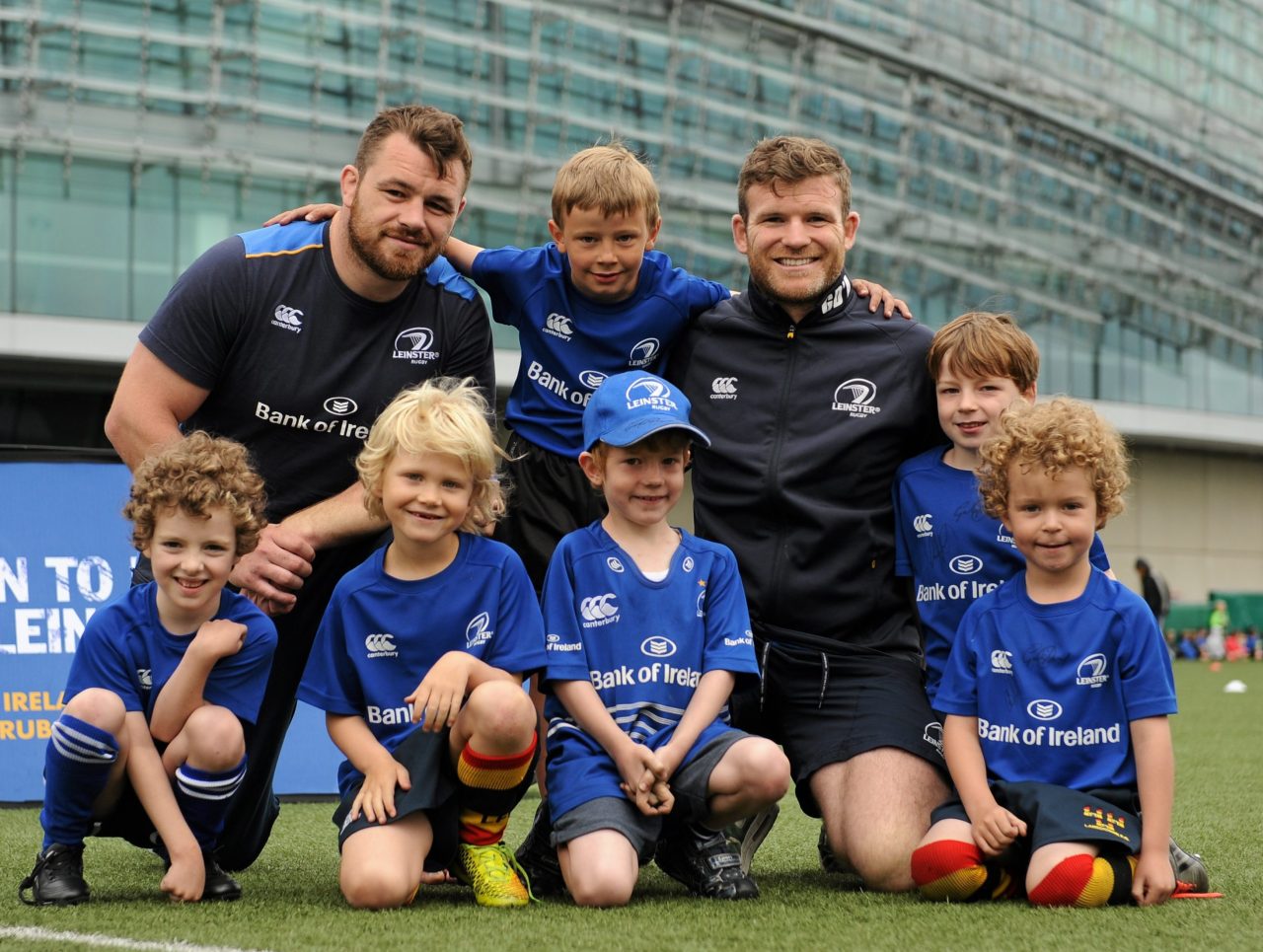 The Bank of Ireland Leinster Rugby Summer Camps knock on as we finish up the 3rd week and 9th set of camps in this 22 camp series. The camps, which will continue to run through mid August, were held this week in Balbriggan RFC, Mullingar RFC Greystones RFC and Lansdowne FC.

This week, reached a record mark for sign-ups, with more than 2,000 players attending a Bank of Ireland Summer Camp throughout the various venues. Including droves of young talent, this week’s camps had appearances from some senior talent, including Jamie Hagan, Darragh Fanning, Rhys Ruddock, Mike McCarthy, Luke Fitzgerald, Dave Kearney, Gordon D’Arcy, and Cian Healy.  Players met with kids, signed autographs, and entertained a variety of questions from who was their hardest hit to who is the best singer in the shower rooms (Kevin McLaughlin was called out at having the most angelic voice of all the lads).

The players also got involved in some intense games of tag rugby and dodge ball giving the young campers a chance to play alongside some of their rugby heroes, and in some cases, make a few sneaky tackles and score some tries for the bragging rights against some of Irelands biggest talent.

There is still time to get involved in a Bank of Ireland Camp this summer. Sign up for a camp next week at Seapoint RFC, Tullow RFC or Portlaoise RFC at: http://bit.ly/1DSJNSZ.  Or, for a full list of all venues and dates, visit www.leinsterrugby.ie/camps.

Check out all the camp photos here.