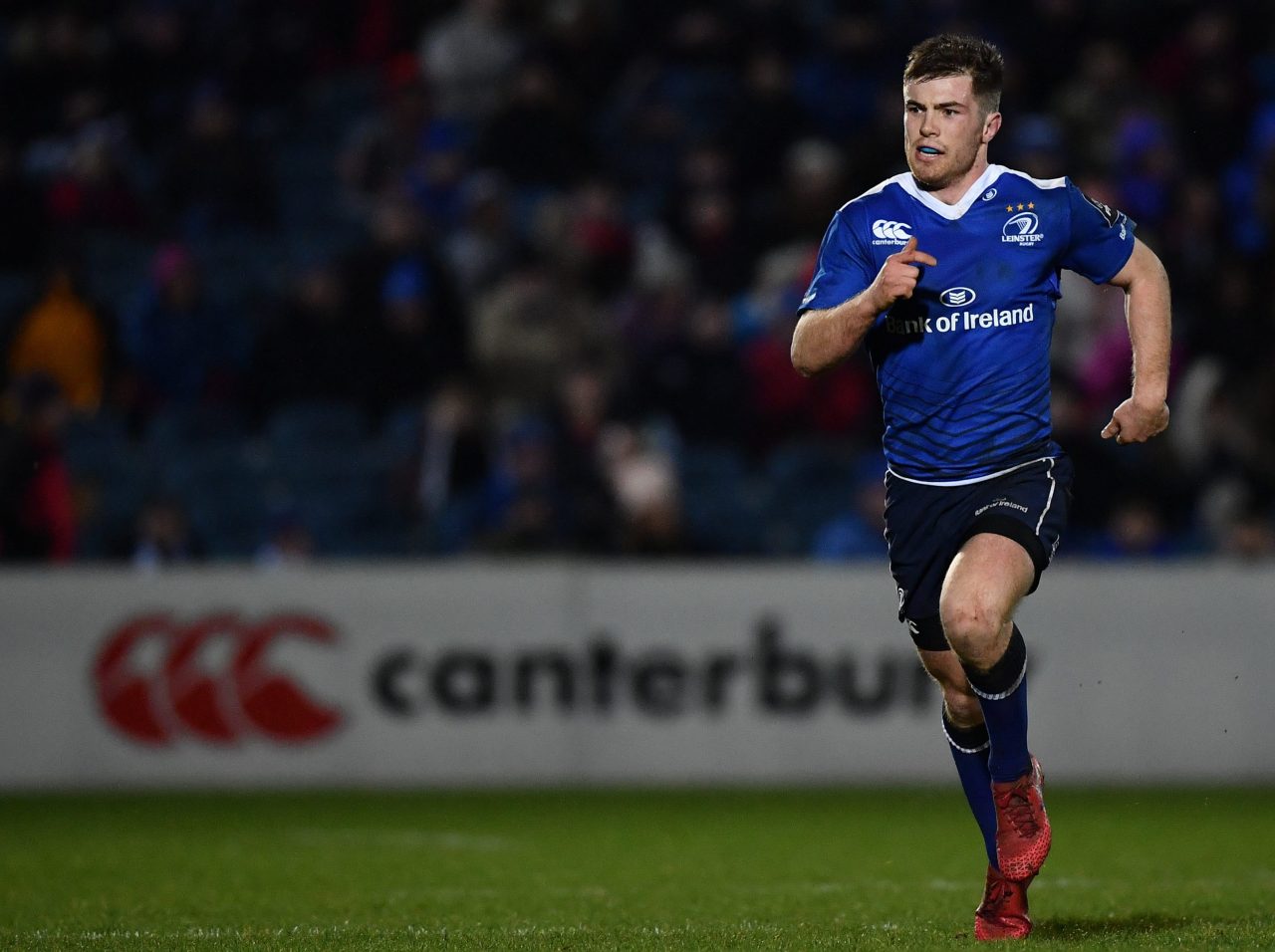 Leinster Rugby President Frank Doherty welcomed Head Coach Leo Cullen, his captain Isa Nacewa as well as the other players, their partners, members of the Official Leinster Supporters Club and sponsors and partners of Leinster Rugby to the Ball as Darragh Maloney acted as master of ceremonies.

There was also a chance to look back on the stellar sporting and medical career of the late, great, Professor Arthur Tanner. ‘The Prof’ is the former Leinster Rugby team doctor who sadly passed away after a brave battle with illness earlier this year. To a standing ovation, Prof. Tanner was posthumously inducted into the Guinness Hall of Fame, with his award presented to his wife Ann.

Joey Carbery was awarded the Laya Healthcare Young Player of the Year Award after a meteoric rise over the last 13 months for the young Athy man. A year after leading Clontarf to the AIL title in the Aviva Stadium, he has 21 Leinster caps to his name and three Ireland caps including a memorable appearance off the bench against the All Blacks in Chicago.

The Life Style Sports Supporters Player of the Year is Isa Nacewa. This is his second year back in Leinster after two in retirement and the Leinster captain is arguably going even better this year with 10 tries a career best in Leinster colours. Having missed out on last season’s Guinness PRO12 Final through injury he’ll be hoping to lead Leinster to the Play-Offs and beyond this season. In a recent Champions Cup video previewing the Clermont game, his Leinster career highlight was every time he leads out the team as captain and in particular his first time in front of the RDS supporters. They’ve taken him to their hearts every bit as much as he them.

Finally the last award of the night and the most prestigious was the Bank of Ireland Players’ Player of the Year Award which went to scrum-half Luke McGrath.

The 24-year-old only made his first Champions Cup start last January against Bath in the RDS Arena but McGrath has grabbed his chance with both hands this season following the departures of Isaac Boss and Eoin Reddan.

He has played 73 times for Leinster scoring 20 tries but this season has been his most productive yet with 19 starts in his 24 games and a career high nine tries to boot. He has also captained Leinster on a number of occasions showing the respect with which his peers in Leinster blue hold the former St Michael’s man.

This great provincial form has been recognised with an Irish debut against Canada in November and his 6 Nations debut in that day of days against England in Aviva Stadium.

Well done from all in Leinster Rugby to Luke and all the winners on the night.

The domestic award winners on the night included:

The professional award winners on the night included: