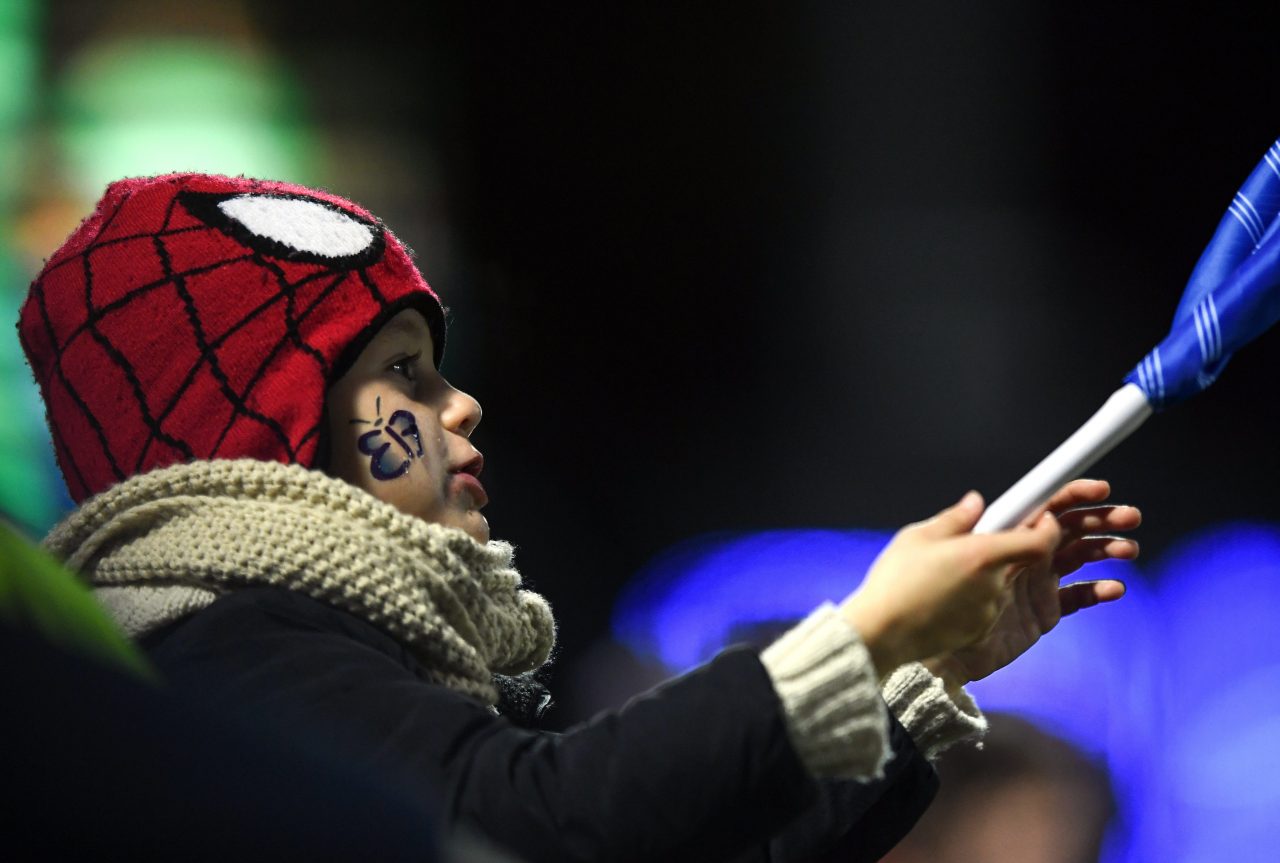 The process to find a new charity partner for Leinster Rugby has begun with the CSR Committee reviewing the tender process and the terms of the partnership to date with a view to inviting applications in May 2018 for the 2018/19 season.

AWARE and Debra Ireland have been the charity partners for the last two seasons and they are now into the last five months of their partnership. 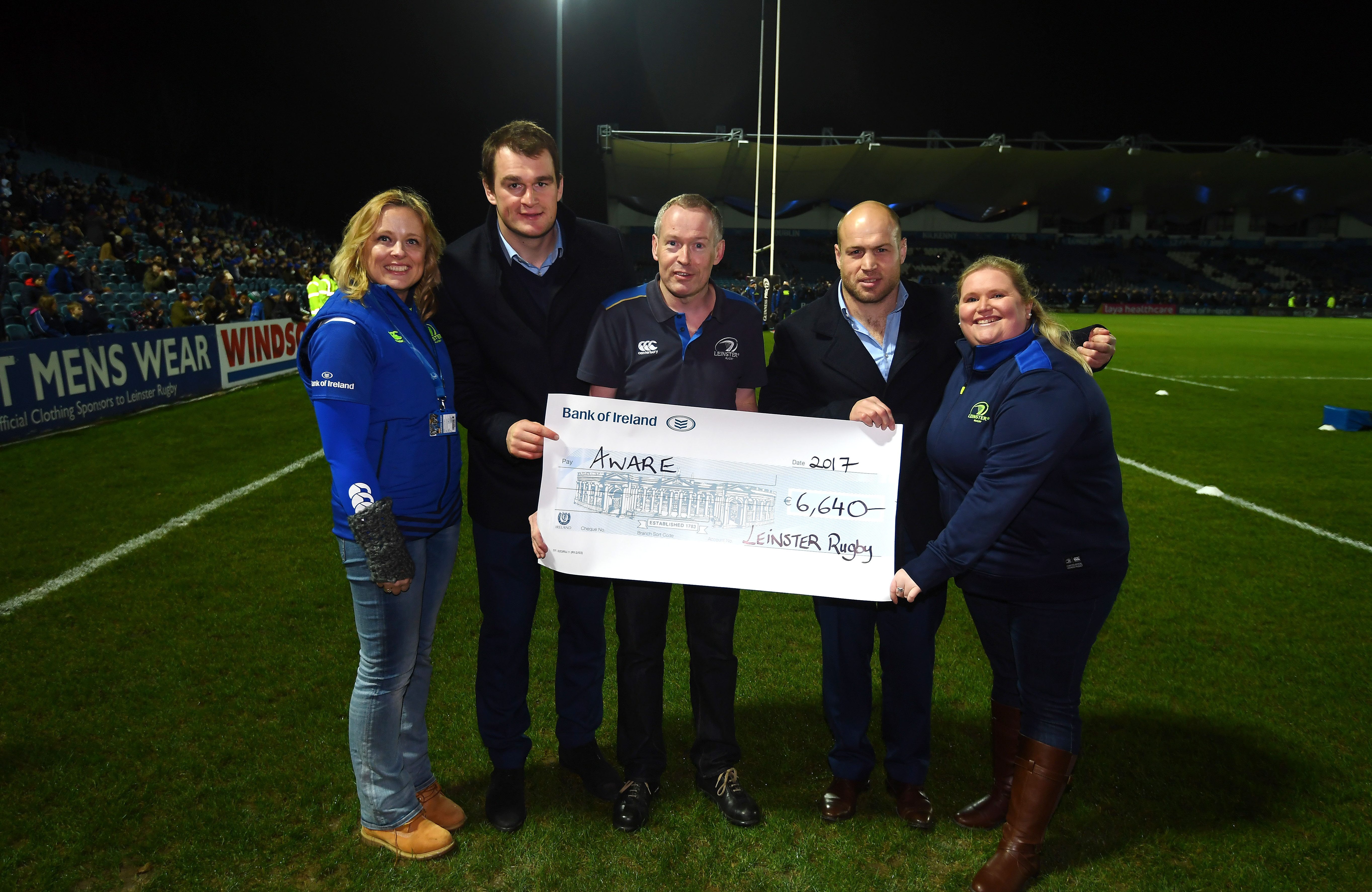 Over the last two seasons Leinster Rugby have supported both charities with various initiatives as well as welcoming both into the RDS Arena for charity take over days which have received tremendous support from the OLSC and the Leinster supporters in attendance. 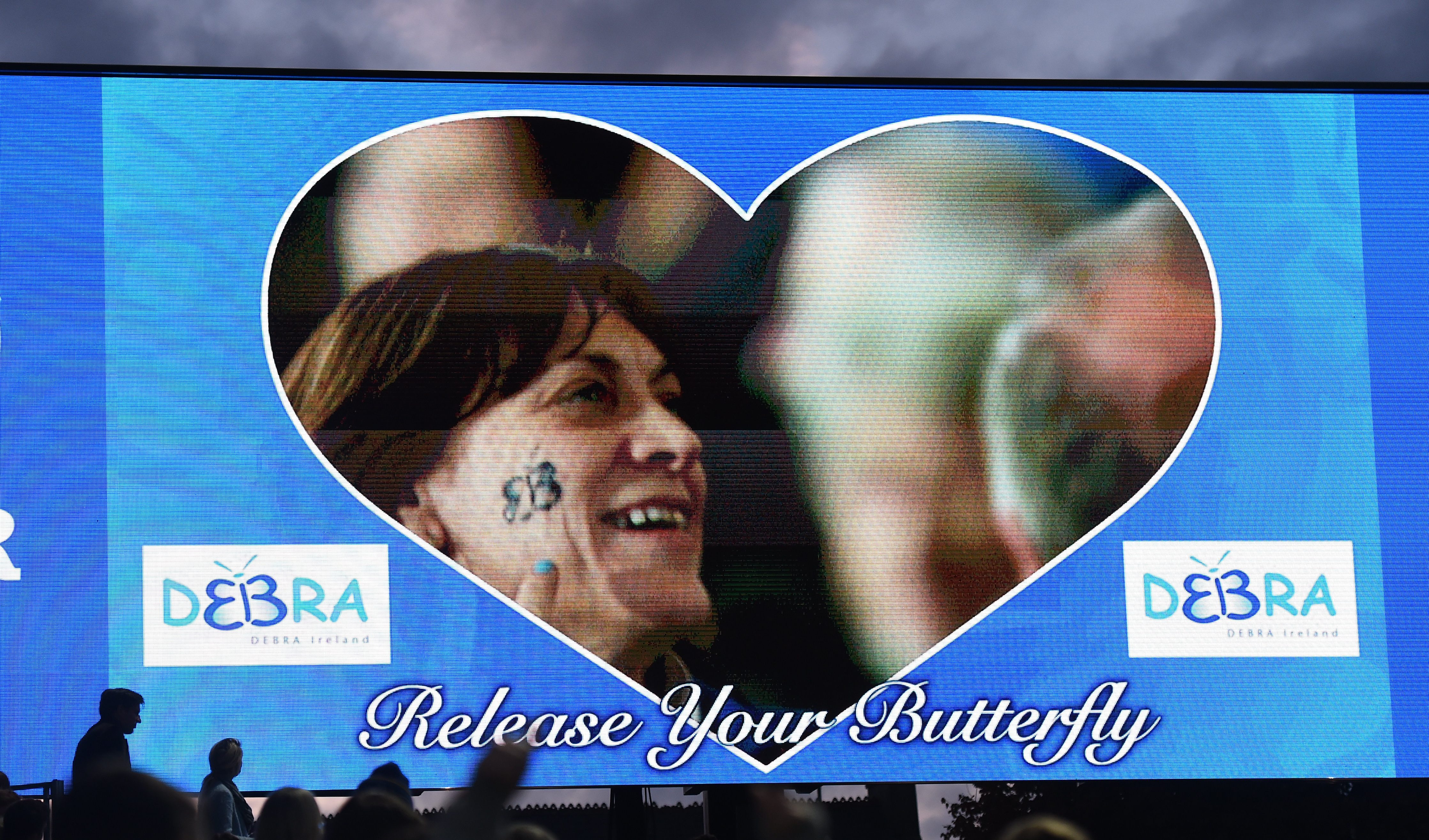 Both charities will be centrally involved in the review process and indeed in planning out the future landscape of the CSR programme in Leinster Rugby.

Leinster Rugby will continue to work with AWARE and Debra Ireland over the coming months and will also continue to invite submissions from standalone charities not associated with Leinster Rugby and this can be done by submitting an online application at the following LINK. 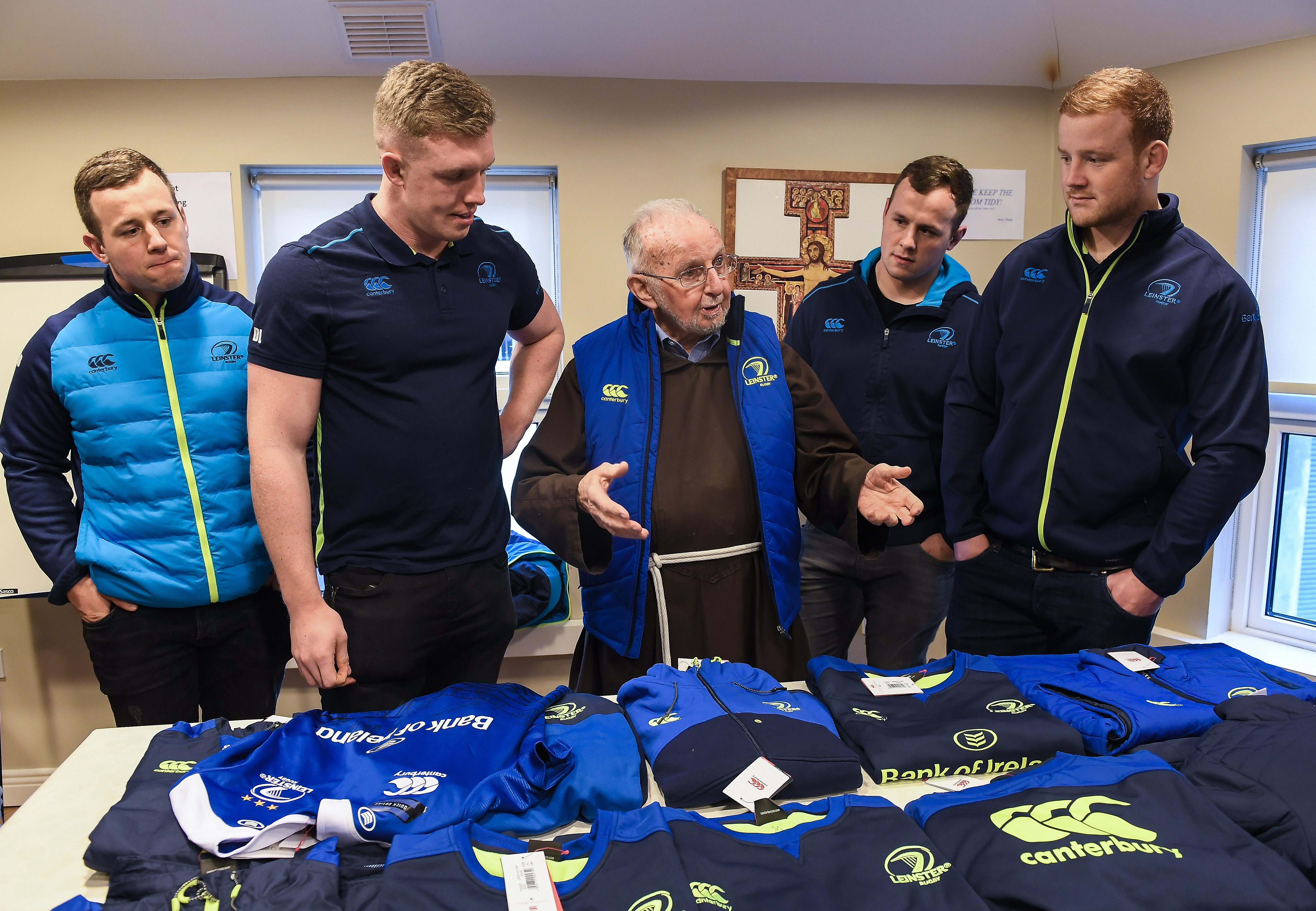 Through this channel, Leinster Rugby have made contributions to over 30 fundraising initiatives since September 2017 and some of the schools, clubs and charities that have benefited include:

For further information about the great work that AWARE and Debra Ireland are doing please check out the links below:

For any charity looking to make a submission to Leinster Rugby for a once off contribution to their cause between now and the end of the season, please click HERE.

Finally any Leinster based charity looking to become involved with Leinster Rugby as a charity partner for 2018/19 are reminded to keep an eye on leinsterrugby.ie and on our social media platforms in May 2018 when all details will be confirmed.

Sample Charity Partner Campaigns From 2017/18 with AWARE and Debra Ireland: 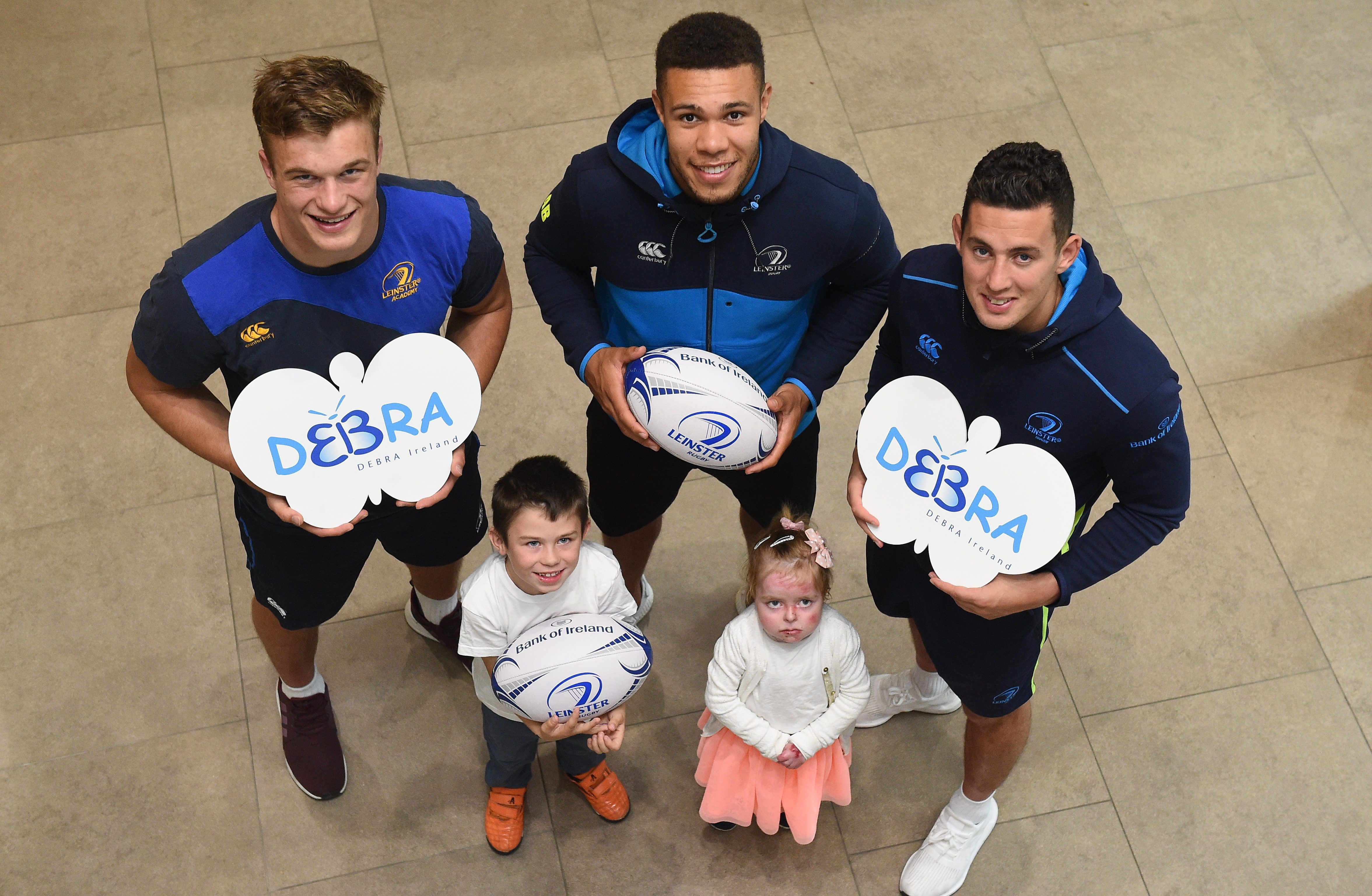 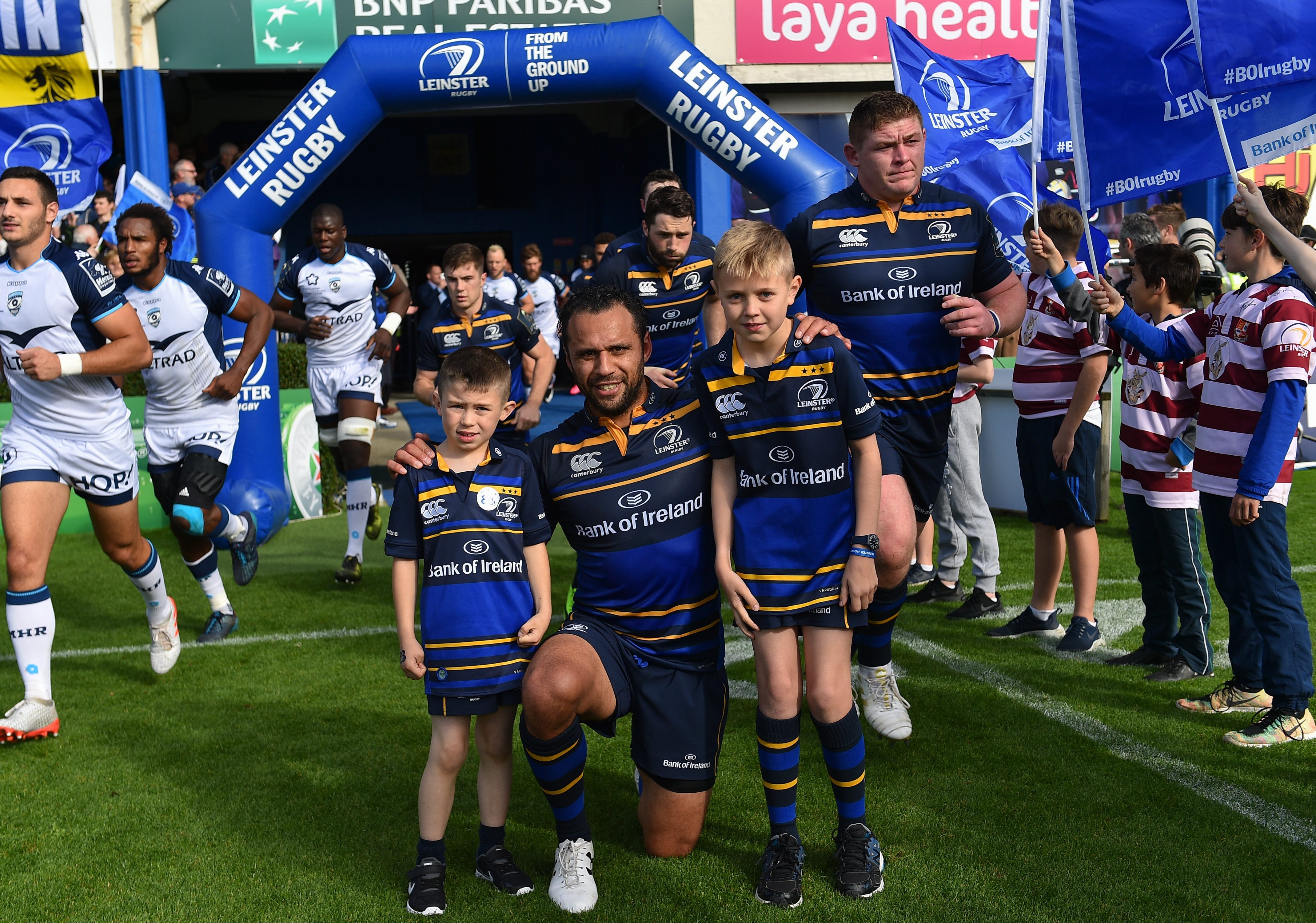 Representing Debra Ireland, Jayden led Leinster Rugby out for the Champions Cup clash against Montpellier in October in honour of two brave children living with the butterfly skin disease EB (epidermolysis bullosa) – his sister Casey and the late Liam Hagan who died of EB three weeks before he was due to be the Leinster mascot against Connacht in 2016. 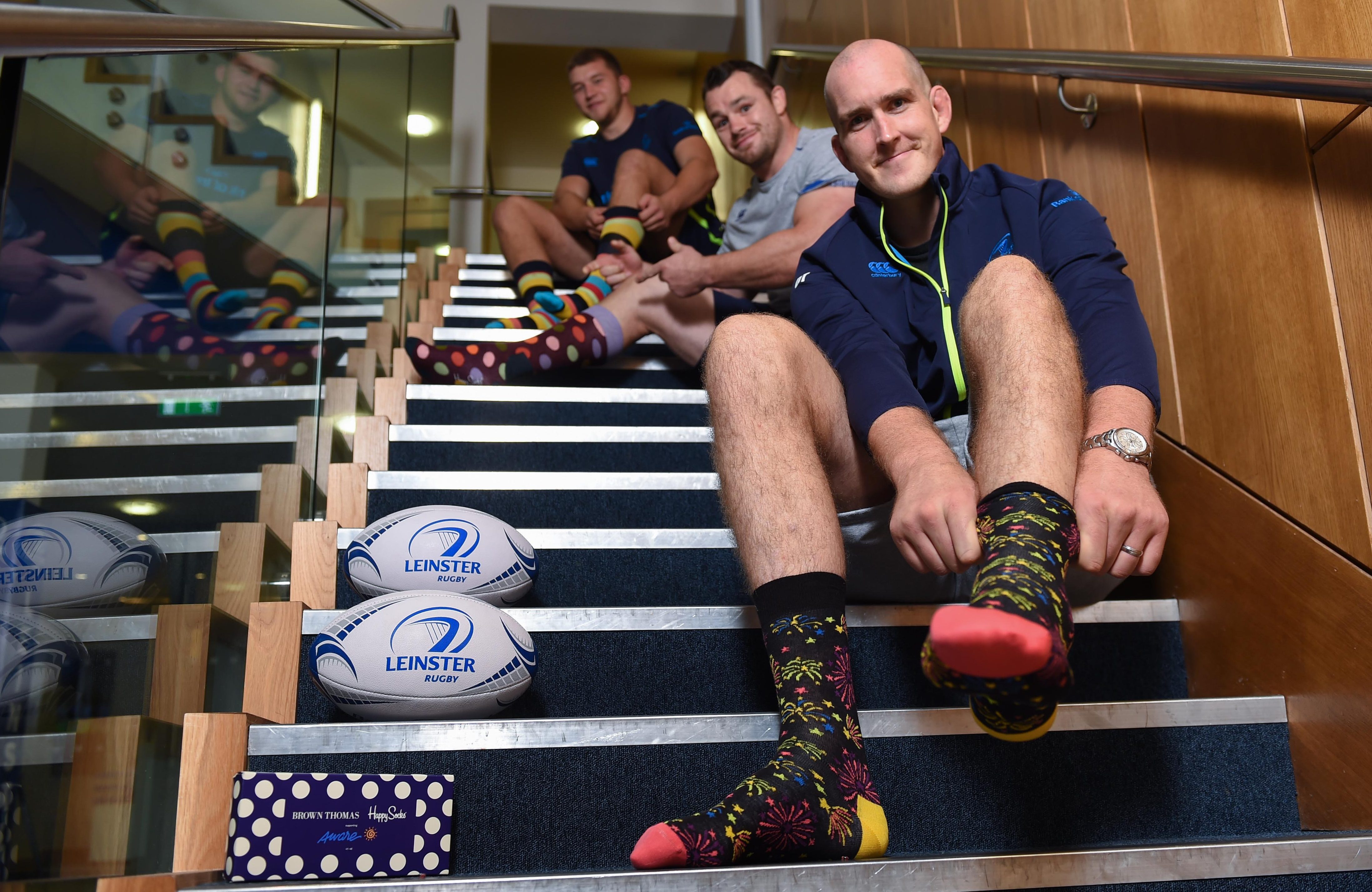 Customers could purchase a Happy Socks gift box that contained three pairs of their funky, colourful socks in support of Aware. All proceeds were donated to Aware to help raise funds for the charity’s nationwide support, education and information services for individuals impacted by depression, bipolar disorder and other mood related disorders.