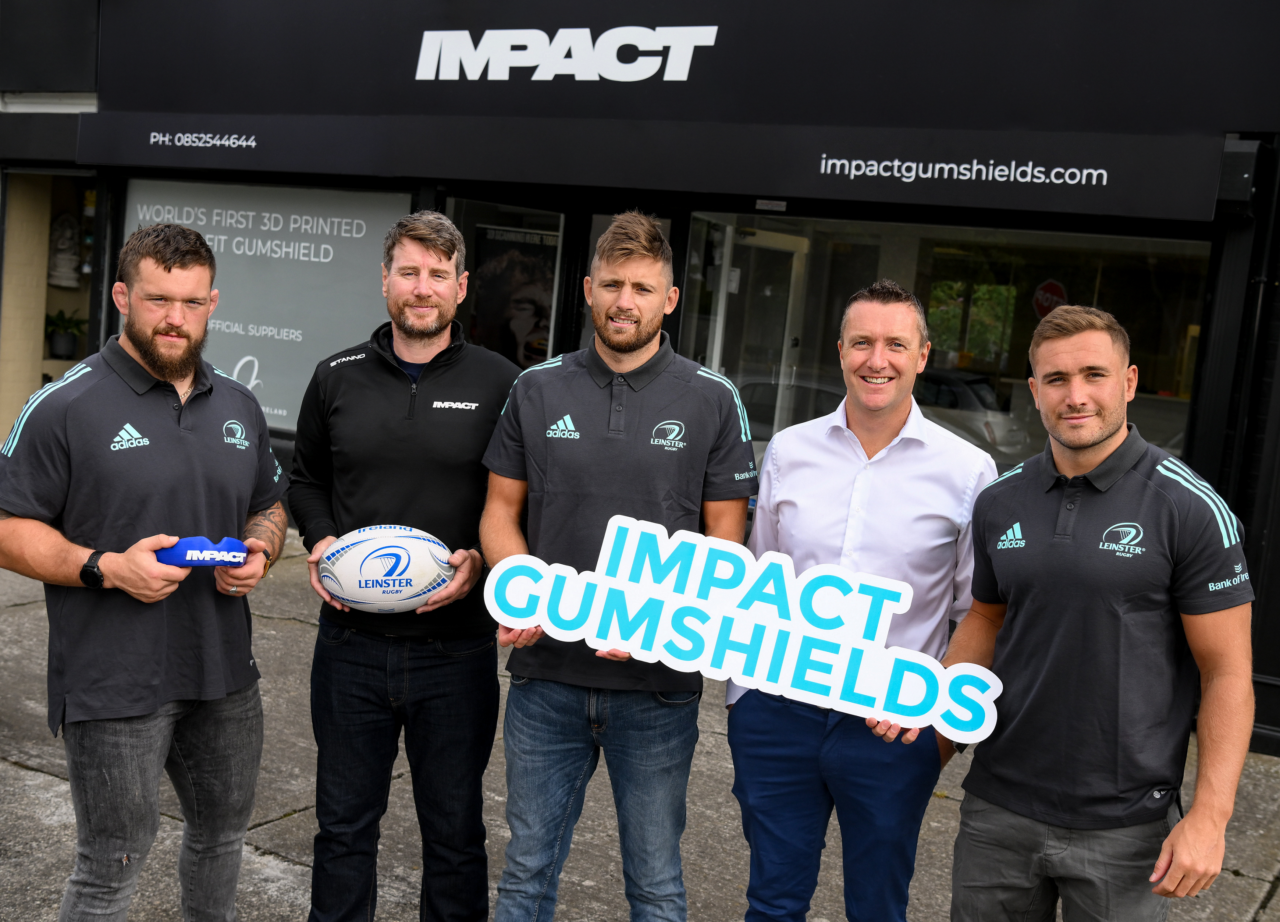 IMPACT Gumshields and Leinster Rugby have announced that they have expanded and extended their partnership for another three years, with IMPACT continuing as Leinster’s Official Gumshield Partner for the 2022/23, 2023/24 and 2024/25 seasons.

Having supported the men’s and women’s senior teams since 2019, IMPACT will now become the exclusive supplier to the Academy teams as well, and also provide special offers for supporters, including children participating in Leinster Rugby’s holiday camps.

Leinster Rugby is committed to innovation and harnessing the latest technologies to take performance to new levels, and the partnership with IMPACT provides players with the only custom fit gumshields in the world made using a fully digital and 3D printing process, while ensuring the best possible protection and fit for training and competition. Its gumshields have been proven in independent testing to be up to 21 per cent more protective, 47 per cent lighter, and 54 per cent smaller in the mouth when compared to other custom-fit gumshields.

At the announcement in IMPACT’s head office in Goatstown were Leinster Rugby players Andrew Porter, Jordan Larmour and Ross Byrne, getting re-scanned for this season, seeing the 3D printers in action, and picking colours for their new gumshields (Andrew and Jordan both opted for the pink, while Ross wears white).

Commenting on the announcement, Leinster Rugby Sponsorship Manager Eamon De Búrca said: “This is an exciting and innovative partnership that we’re delighted to now expand to include the Academy, and also provide exclusive gumshield offers to our holiday camps and all those who support Leinster Rugby. The quality of IMPACT’s range is unrivalled, while their focus on ensuring both the gumshields and process are environmentally friendly is crucial for us, as an organisation committed to sustainability. 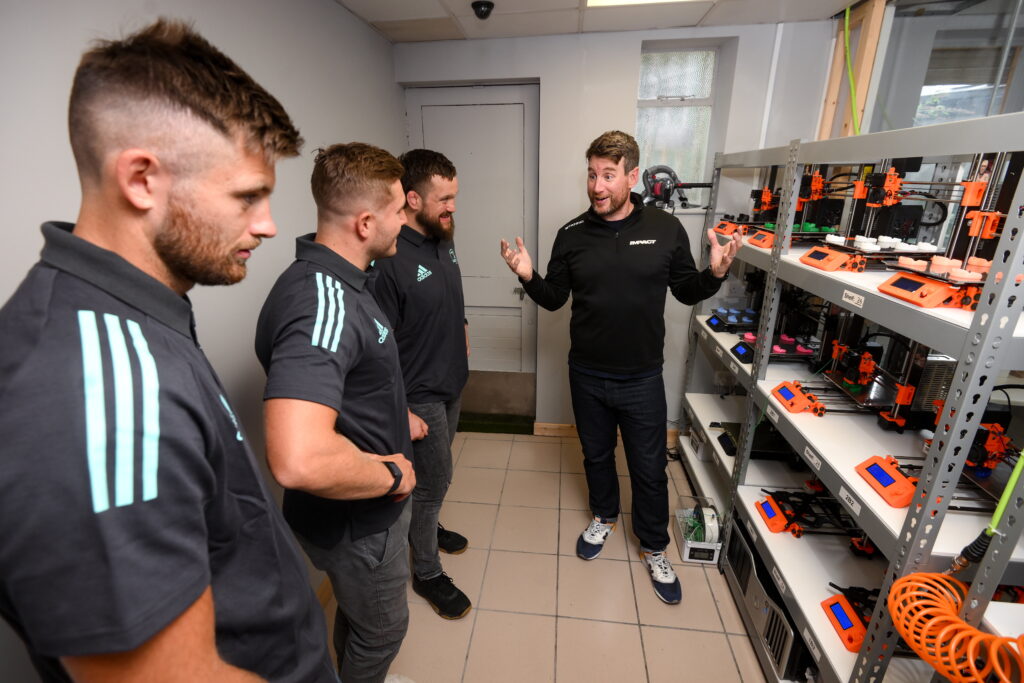 “We are delighted to extend our long-standing relationship with IMPACT Gumshields, an Irish company headquartered just around the corner from our high performance centre in UCD, and provide our players and supporters with the best possible protection and fit for training and matches.”

James Murphy, founder and CEO of IMPACT commented: “When I set up the company eight years ago, my aim was always to develop a product that would be worn by the best players and teams in the world. We are dedicated to giving players the confidence to compete to their maximum potential knowing their gumshield will fully protect their teeth.

“Working with Leinster Rugby has been fantastic, and I’m excited to continue the partnership for a further three years, collaborating with them to further develop our patented software and gumshield range.”