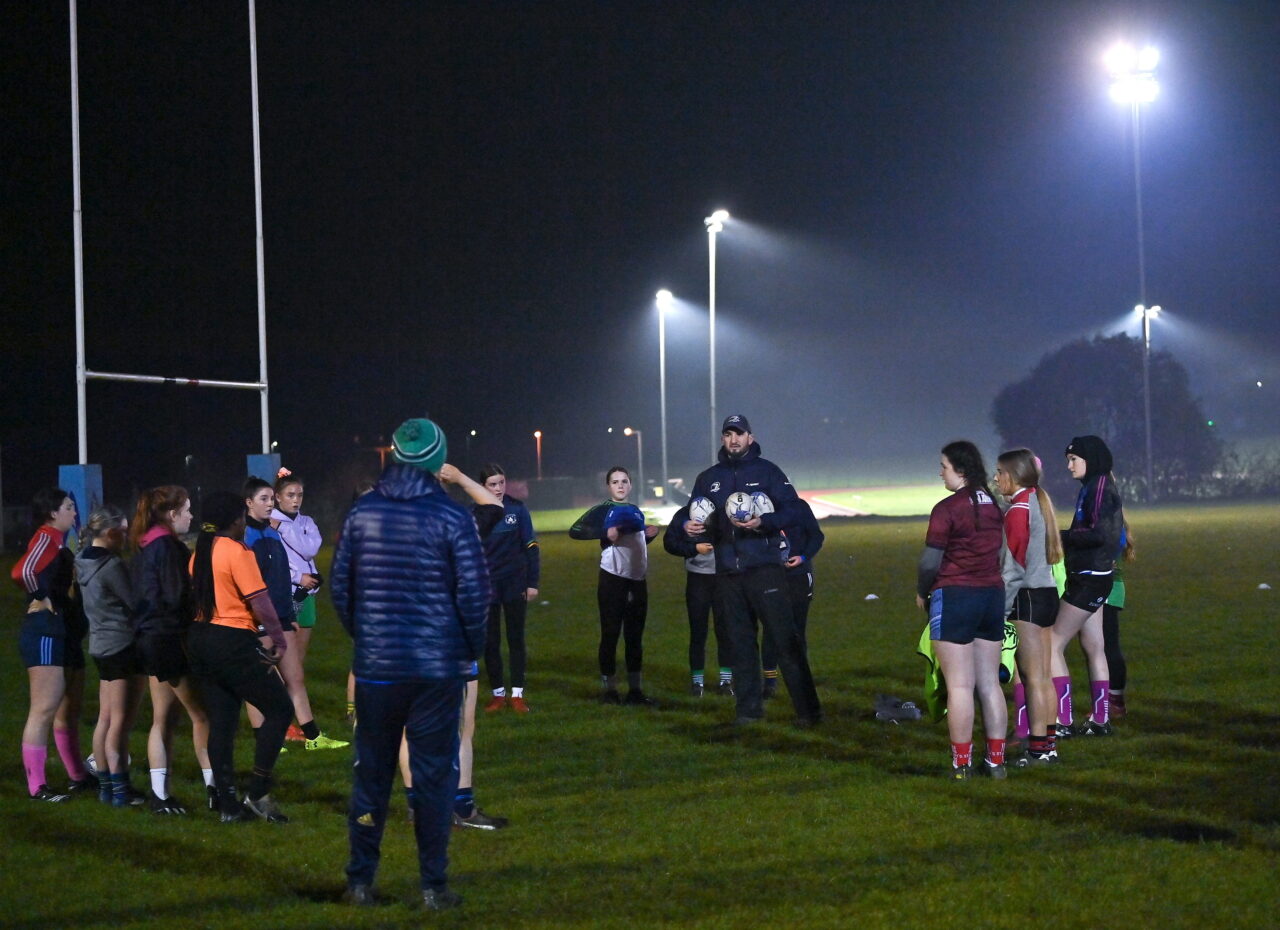 Enniscorthy RFC hosted Leinster Rugby’s game-based workshop recently with over 30 coaches from clubs across the South East in attendance on the night to observe and take part in the workshop.

Eoin Sheriff, Declan O’Brien and Damien McCabe, Leinster Rugby Coach and Player Development officers, went through a number of activities on the night which focused on coaching through the game. 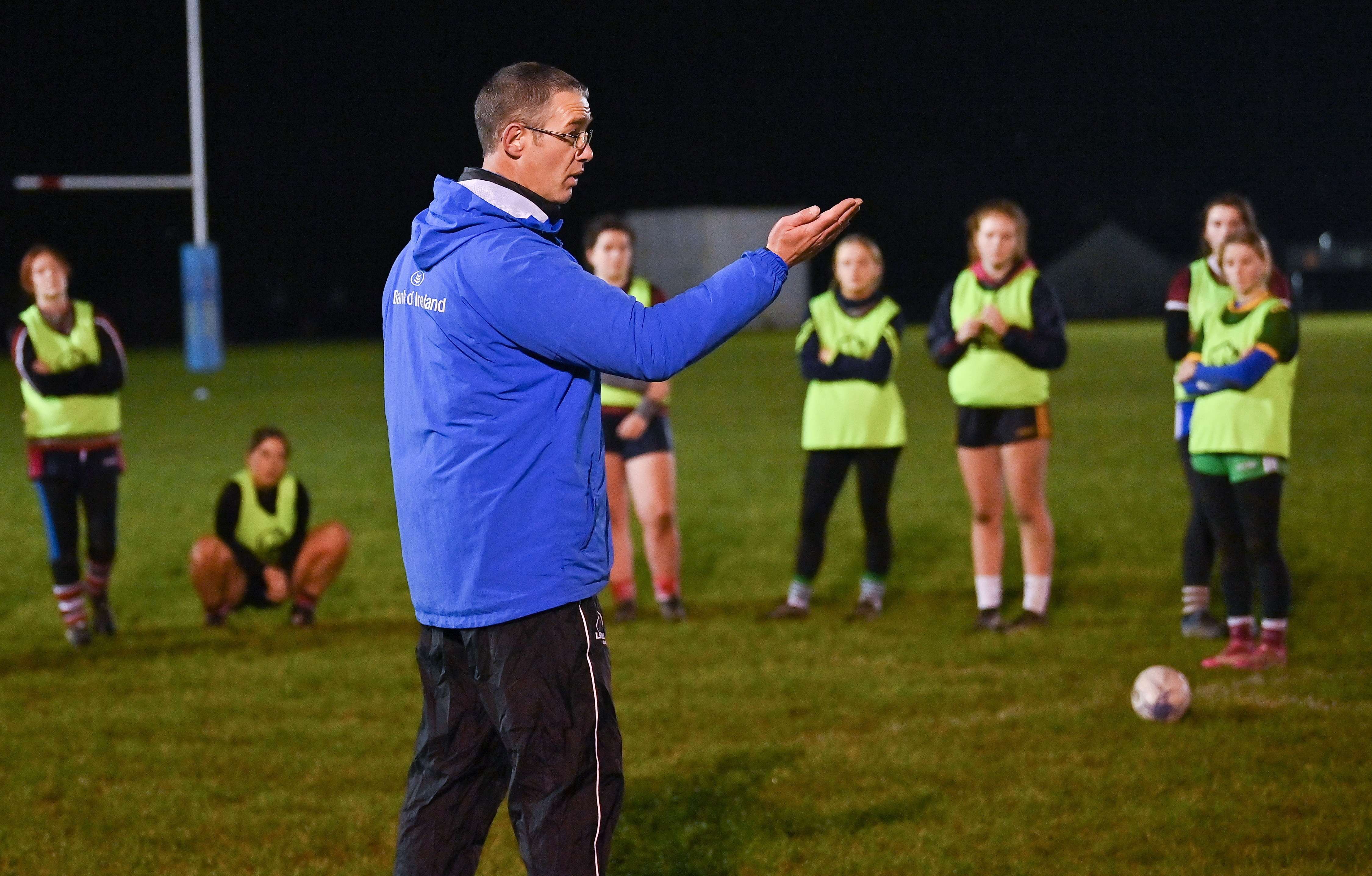 The skills of both the South East U-18 Girls and the Enniscorthy U-16 Girls sides were on show throughout the night as they took part in the evening’s practical demonstrations.

IRFU Referee Development Manager Sean Gallagher was also in attendance and fielded questions on the night.

The feedback, interaction and engagement from both players and coaches alike was excellent and we look forward to hosting further workshops in the new year around the province.

Eoin Sheriff, South-East Coach and Player Development Officer said, “It’s great to get out on the grass and run workshops like this. We have had over 30 youth and senior coaches from across the South East region in attendance tonight and I hope the content we covered will add real value to their own coaching practices. The interaction from the coaches tonight has been excellent and they really challenged the players with some of the modifications they added to tonight’s different games.

“In terms of players, we were very fortunate to have our South East U-18 Girls and the Enniscorthy U-16 Girls sides down to run through tonight’s practical demonstrations. The players were superb tonight and it’s really exciting to see such a high level of talent coming through. The girls game is flourishing in the South East at the minute and that is a testament to all the great work being done by club coaches and volunteers right across the region.

“A big thank you to all the coaches and players who attended tonight’s workshop and I hope they take some valuable learnings back with them to their respective clubs.”