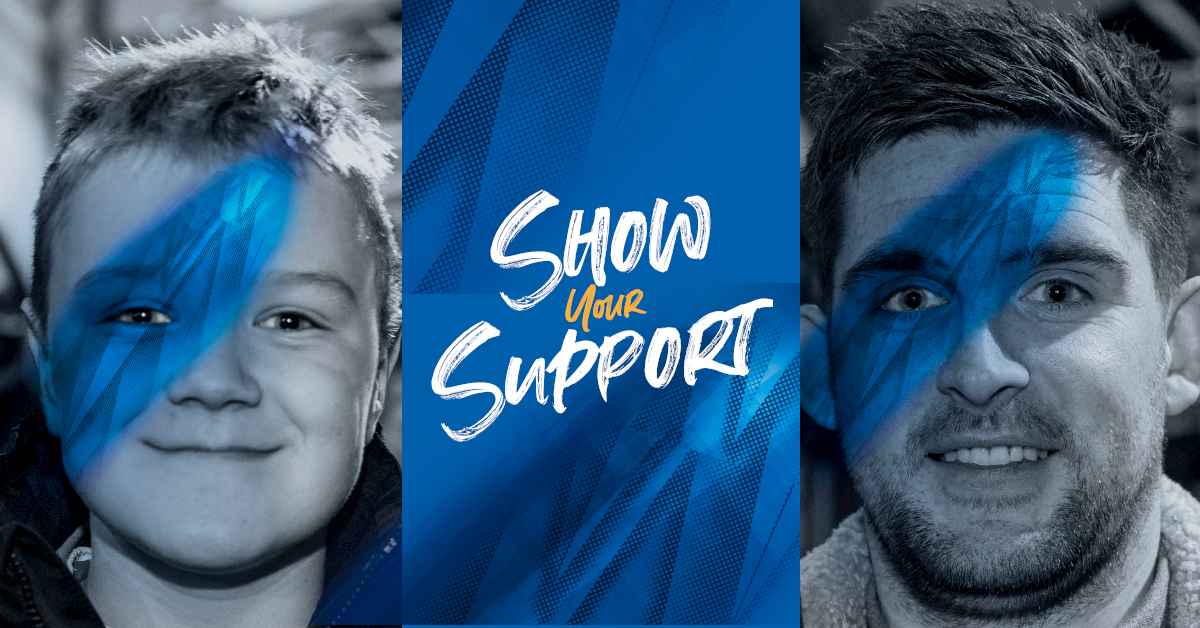 “Some of the best moments of my time as a player and over the last few seasons as a coach have been made by our supporters. That ‘sea of blue’ as we’ve driven into the RDS or the Aviva and obviously the sights that greeted us in Bilbao, Newcastle, and Glasgow. We understand now more than ever that they are special days.

“All our efforts will now be invested in representing the club and the supporters and hopefully finishing out the season on the field as best we can. We all look forward to running out in front of a packed RDS someday again, but for now, we’ll continue to play our part and continue to adhere to the guidelines around social distancing.”

With Season Ticket renewals for 2020/21 cancelled, Leinster Rugby has this afternoon launched a new Official Membership for next season which will offer priority access to tickets for any games that are played in front of supporters during next season.

Subject to availability, from Monday, 6 July, Official Membership will be open to the public and a waiting list has been created on leinsterrugby.ie for those interested in applying should they become available.

Leinster Rugby has also reminded supporters that the office in UCD is still closed but that staff are working remotely and any queries can be sent to tickets@leinsterrugby.ie

Official Membership will secure for its members access to the following benefits:

Leinster Rugby and the Official Leinster Supporters Club have confirmed this morning that membership of the OLSC continues through the 2020/21 season for current season ticket holders.

Official Membership is being offered initially to current season ticket holders on the basis of the anticipated reduced capacity at home Leinster Rugby games next season due to social distancing measures however, subject to availability, will become available to the public from Monday, 6 July.

Leinster Rugby CEO Mick Dawson outlined the significant contribution that this offering will make towards the future of the club.

“Last Friday’s announcement by the Government was another hugely positive step in the right direction and hopefully that continues in the coming weeks and months but the reality is that we are still some way short of offering full houses in a safe environment for our supporters and staff.

“Without match day revenue and Season Ticket sales, the club is taking a significant financial hit so this offering will allow us to offset some of that loss.

“We have worked closely with the OLSC on this, and with season ticket holders through the online survey last week and the Official Membership gives us what we believe to be a fair and equitable way of distributing what tickets do come available next season for each game to our season ticket holders.

“This won’t suit all and we are very conscious that some supporters for a variety of reasons may wish to sit this one out, and if that’s the case, we would like to assure them that their seat is secure for another year, that they don’t need to do anything but we look forward to seeing them hopefully back at the RDS Arena for the 2021/22 season.”

Given the positive news from the Government on Friday, Leinster Rugby has also confirmed that should things continue to improve, and subject to further Government guidelines and public health policy adherence, the club may be in a position to offer an alternative ticket bundle later in the year.

Leinster Rugby season ticket holders will be contacted by email today with full details of the Official Membership, while a full FAQ document is also available on the Leinster Rugby website.

Those that do not wish to avail of the Official Membership, but wish to retain their right to a seat for Season Ticket 2021/22 do not need to take any further action.

As always any supporter with any further query is asked to email tickets@leinsterrugby.ie

*Access to the Guinness 6 Nations ticket raffle will only be available to current 2019/20 season ticket holders that purchase an Official Membership. It will not be open to members of the public should Official Membership go on general sale on Monday, 6 July.