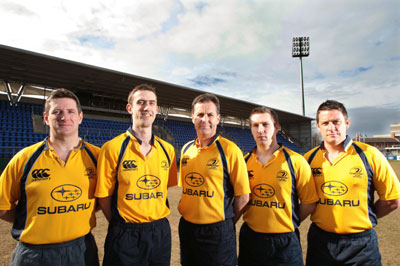 Kevin Beggs has been involved in crucial schools games in recent seasons and his appointment is a just reward for his commitment to rugby at this crucial level. In all his games he has demonstrated a clear empathy with players and fully understands how important all these matches are for all involved.

His senior assistant referee for the Final is Paul Haycock. Paul has come through the IRFU schoolboy referee project and has been quickly promoted through the ranks. Paul is a past pupil of Terenure College and son of former Ireland international Paul Haycock.

The 2nd assistant referee is Dermot Blake who arrived to the Leinster Referees via Munster and is enjoying his first season as an AIL referee.

The 4th official, Danny Wallace, is also in his first year in AIL and is making a name for himself in refereeing circles and 5th official Brendan Conroy (from Athy RFC) has been a great man in the recruitment drive in the North Midlands area.

We wish all the match officials the best for the game ahead.