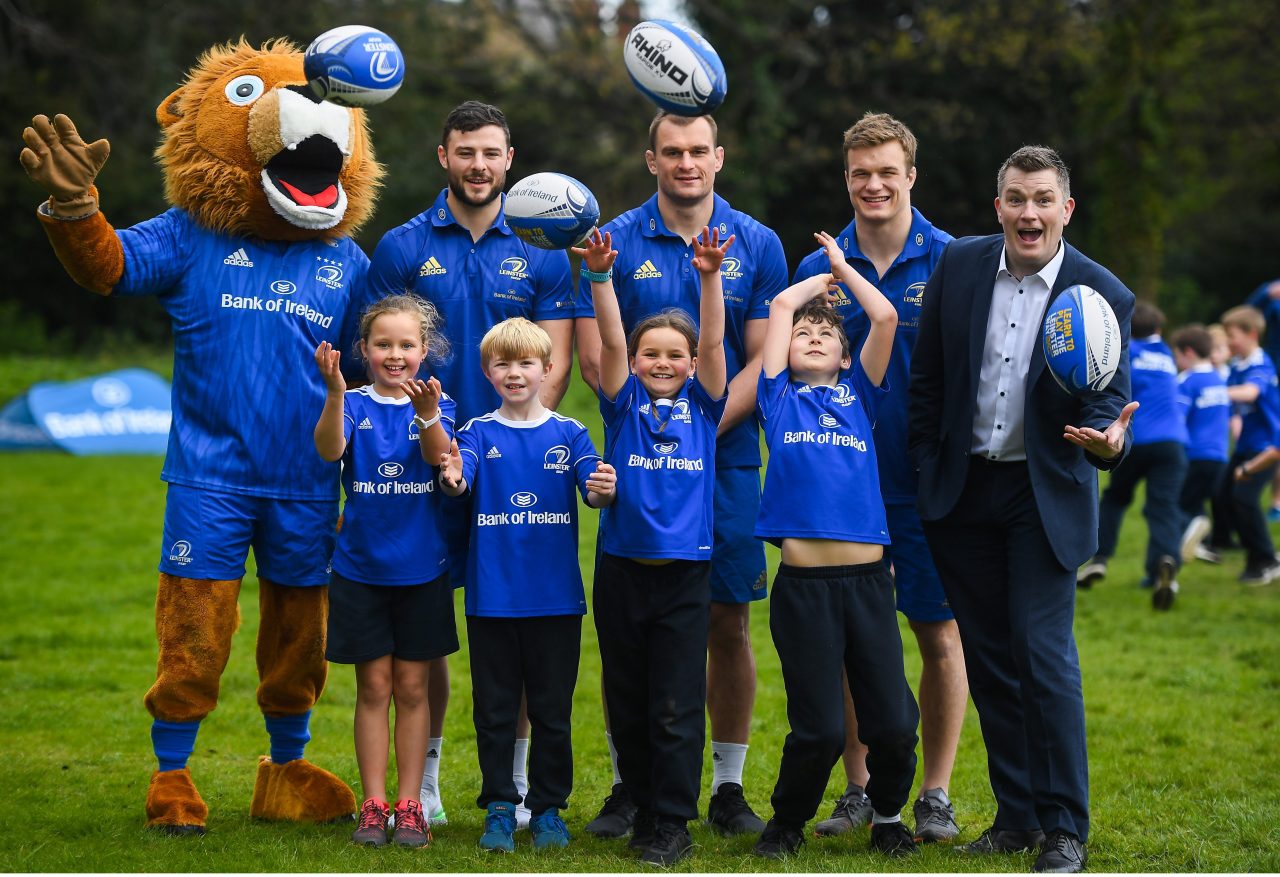 This year Leinster Rugby are delighted to add five inclusion summer camps to the programme, to ensure there is rugby for all within the 12 counties. The inclusion camps are for boys and girls up to the age of 15 with special needs and will be run in five locations around the province for the first time ever.

The summer camps, which will take place in 27 different locations all across the province in July and August, offer children the chance to learn to play the Leinster way while having plenty of fun!

Leinster Rugby and Ireland players Josh van der Flier, Rhys Ruddock and Robbie Henshaw were joined at today’s launch by Leo the Lion and kids from St Mary’s NS, who all hope to emulate their rugby heroes someday.

The first camps get underway in Wexford Wanderers, Dundalk RFC, Energia Park and Terenure RFC and the first of the inclusion camps will take place in Terenure RFC on Monday, 1 July. 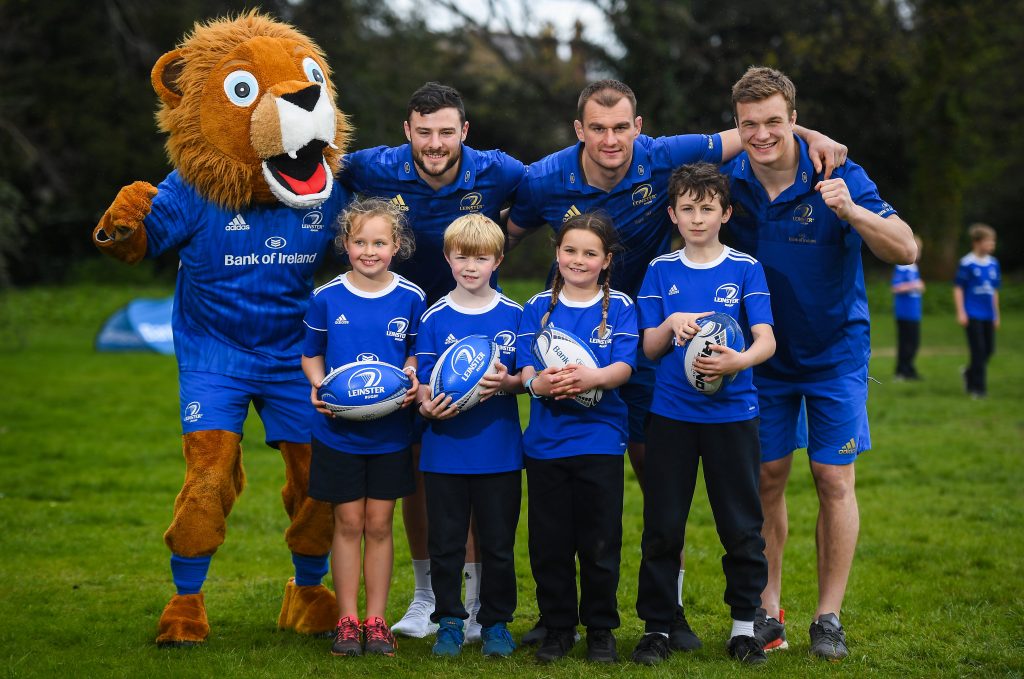 “We are delighted to sponsor the Bank of Ireland Leinster Rugby Summer Camps. As a proud partner of Leinster Rugby since 2007, and in line with our involvement in communities around the country, Bank of Ireland is very supportive of the development of the game at club level. Through these camps, great strides are being made in nurturing younger players and widening the talent pool and we are thrilled to be part of this excellent initiative.”

“We’re thrilled to have Bank of Ireland on board again as the title sponsor of our Leinster Rugby camps and are excited to get our new inclusion camps underway.

“This is a brilliant addition and adds to the work already being done in clubs all over the province to get more and more children with special needs involved with the game.

“We had a record number of players attend our summer camps last year and we’re very much looking forward to providing an action-packed, fun-filled summer in our camps in 27 venues across the province.”

As well as learning to play the Leinster way, meeting Leinster Rugby players, making new friends and having lots of fun, each child will also receive a pack including an adidas training t-shirt, a Rhino rugby ball and a boot bag. They will also get one free ticket to a selected Leinster game.

An early bird rate of €75 is available for children who enrol before 7 June. After this date, the cost of attending the camp will be €90 per child. You can book a second camp for your child for just €60.