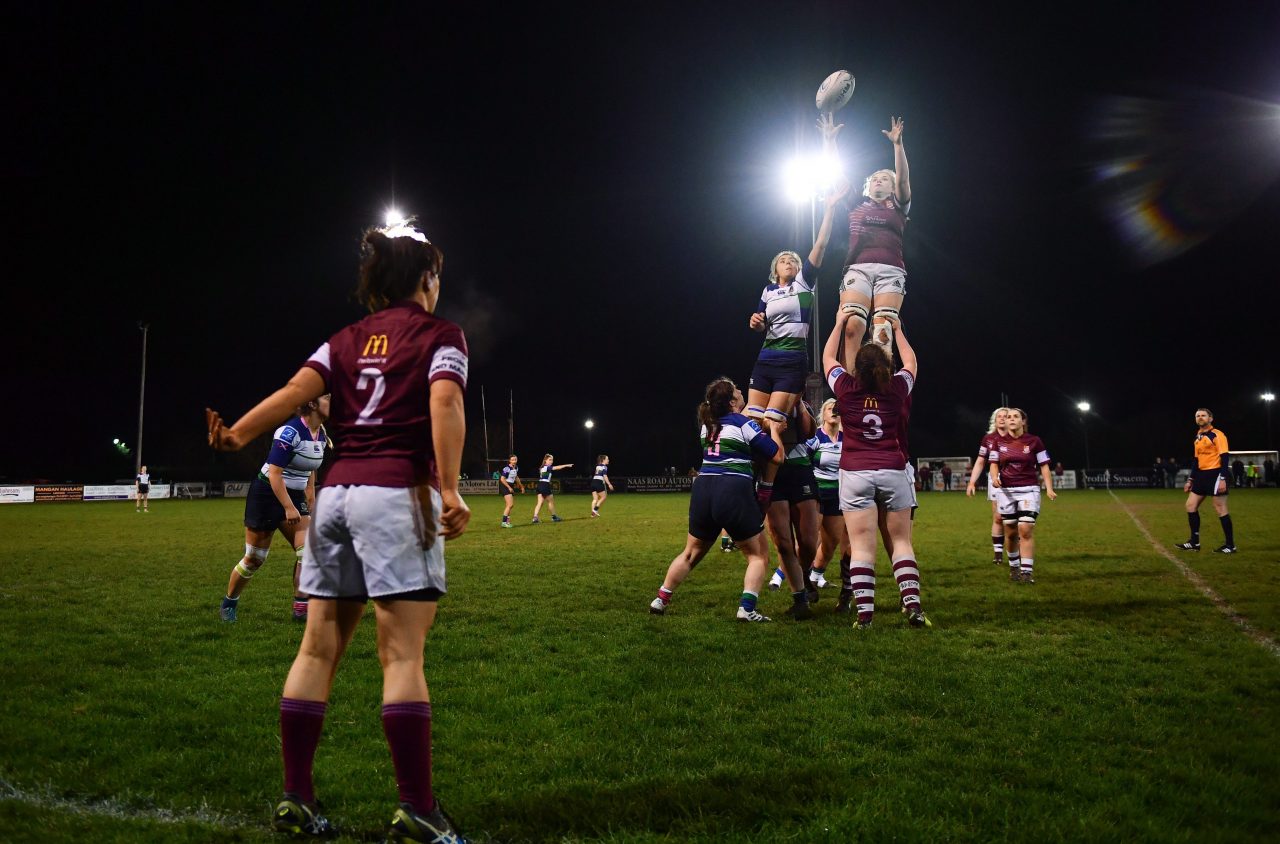 Following the 2018 Leinster Branch Annual General Meeting, the Branch appointed an independent working group (the ‘Group’) to undertake a comprehensive review of the Branch Bye-Laws to determine if they were appropriately inclusive to cater for all stakeholders in rugby in the province.

The Group has now presented its review to the Leinster Branch and has reported on its findings and recommendations.

Each of the seven recommendations made by the Group was accepted, unanimously, by the Branch Executive Committee at its April meeting (Tuesday, April 9th 2019).

The key recommendation is to establish an Inclusivity Committee to develop and implement a strategy to significantly enhance the active participation of women in the playing, coaching, management, administration and governance of the sport in Leinster.

The Group was chaired by David Carrigy and comprised of Moira Flahive and John Fulham, while the terms of reference for the Group were drawn up by Imelda Reynolds, Chair and Partner in Beauchamps Solicitors.

Welcoming the recommendations, Leinster Rugby CEO Mick Dawson said, “This independent process was needed and I am happy to say that it has been thorough and professional and is most welcome at all levels of the game within Leinster Rugby.

“I would like to thank the Group for their time and their effort. The body of work undertaken by David, Moira and John was not insignificant and we owe them a debt of gratitude.

“It is heartening to see that the findings of both Phase One and Phase Two of the review have been unanimously accepted by the Leinster Branch and we look forward to working with the Chair of the Inclusivity Committee and to supporting them wholeheartedly.”

In Phase One, they undertook a detailed review of the Branch Bye-Laws and recommended the addition of a non-discrimination clause as well as language edits throughout the Bye-Laws.

Over the last five months, for Phase Two, the Group also undertook a consultation process amongst stakeholders in the Leinster Branch on the basis of the proposed revised Bye-Laws.

The principal findings of the consultation process were:

On the basis of its two-phase independent review, the Group made the following recommendations to the Leinster Branch:

The recommendations will be enabled by changes in the Bye-Laws which will be presented at the 2019 Annual general Meeting next month.

Moira Flahive, a member of the Group, has agreed to be nominated as the Chair of the Inclusivity Committee.

The Terms of Reference for the Independent Working Group:

The Working Group was established by the Executive Committee of the Leinster Branch to undertake a review of the Bye-Laws to assess:

Following its review, Phase One, the Working Group shall provide to the Executive Committee a report on its Review and shall recommend to the Executive Committee any proposed alterations or amendments it considers appropriate to the Bye-Laws to ensure that the Bye-Laws are inclusive of the membership and stakeholders of the Clubs and the Branch and promote equality in the game in Leinster, together with its rationale recommending such proposed alterations or amendments.

The Full Text of the Non-Discrimination Clause:

Text of the non-discrimination clause to be added as number 11 to the Objectives of the Leinster Branch:

‘To prevent discrimination of any kind in the game of Rugby in the Province against a province, country, private person or groups of people on account of ethnic origin, gender, language, religion, politics, or any other reason’

The Questions Posed by the Working Group:

At the completion of Phase One of the review, the Working Group realised that to do justice with the task at hand that a wider examination (beyond a simple Bye-Law review) would be required to complete the work.

The Leinster Branch Management Committee consented to the Working Group seeking information beyond its remit to assist it in concluding its work, to ensure that the subject is fully examined and that every opportunity to ensure that Leinster Rugby is as inclusive as it can be is determined.

Under four headings, questions were posed by the Working Group to all clubs in membership of the Leinster Branch and other stakeholders including Referees, Schools, Womens, Junior and Youths Committees.

Proposed Bye-Law Amendments
Minor changes are proposed to the Leinster Branch Bye Laws which will assist in ensuring the Bye-Laws are inclusive.

Q.1
Do you agree with the proposed changes to the Bye-Laws? YES/NO

Q.2
If you answered no to the above question, please advise which clause(s) you object to

It is noted that any formal changes to the Bye Laws have to be approved by the Leinster Branch Executive Committee.

‘A senior Club is a Club participating in the AIL or in any competition which is the direct successor of the AIL under the auspices of the Union. The Executive Committee shall have the power to treat a Club as a Senior Club for a maximum of three years after it ceases to be entitled to participate in the AIL, provided that if such Club fails to qualify to play in the AIL within three seasons of ceasing to qualify, such Club shall no longer be a Senior Club’

Q.4
If you answered No to Q.3 please provide reasons and suggest what rationale should be considered in determining Senior Club Status

Q.5
Is current female representation within the current Committee structure appropriate? YES / NO

If you answered no to the above question and mindful that no constitutional barriers exist to gender balance on committees, please elaborate on what actions should be taken to improve the position?

B. GROWING THE WOMENS GAME

Q.7
What actions / initiatives can be taken by Leinster Rugby to ensure that the female playing base in the game continues to grow?

Q.8
What actions / initiatives can be taken by Leinster Rugby to support Clubs in creating mentoring / leadership opportunities for female participants in administration / coaching / match officiating

The Working Group noted that to be successful in today’s society that Clubs must become a central community hub which are family friendly places to visit.

Q.9 (for Clubs)
In considering your own Club and if you have a Club House please advise if you agree with the above statement – YES / NO

Q.10
Does your Club provide the following:

Q.11
What could be done to support Clubs to become the centre of community life

If there is an aspect of work that the Working Group appears not to have addressed, please list it here so that it can be considered.