The Bank of Ireland Leinster Rugby Trophy Tour is underway! 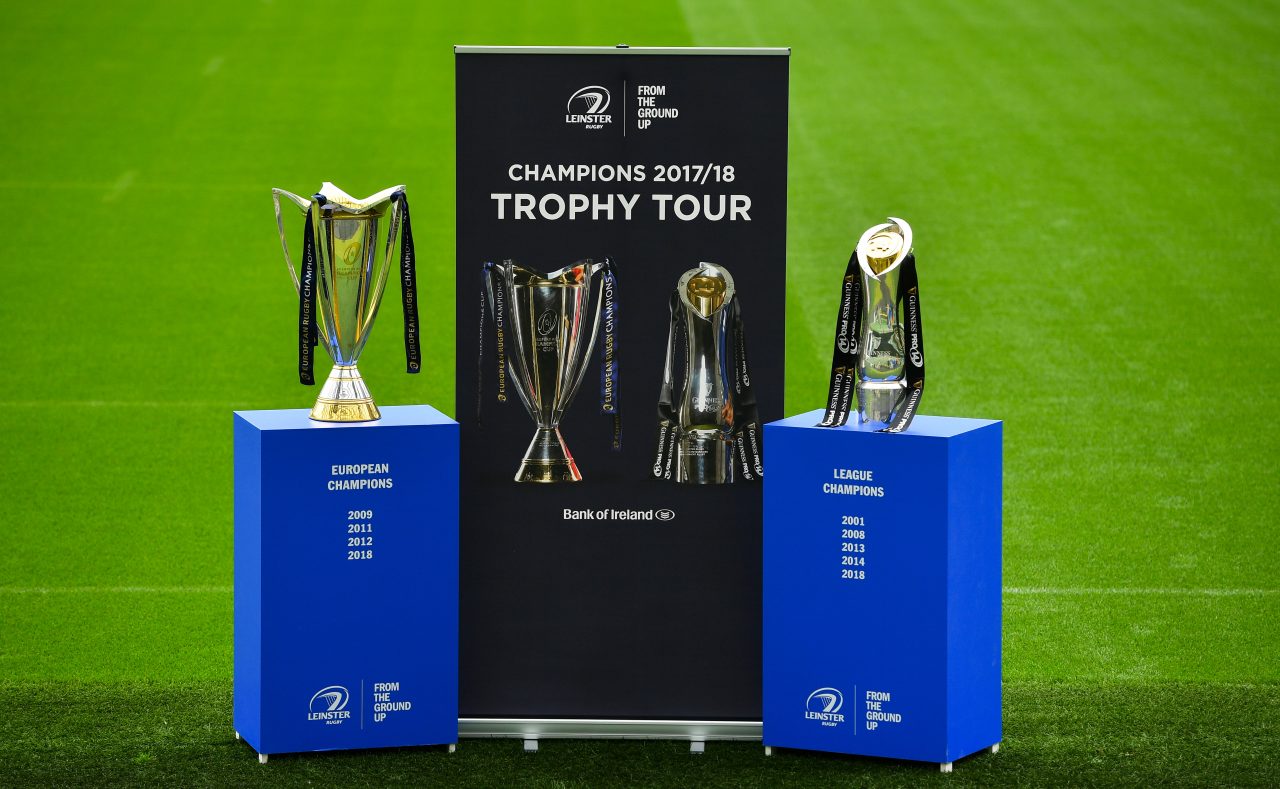 The Bank of Ireland Leinster Rugby Trophy Tour kicked off its journey around the 12 counties today.

The Trophy Tour will visit clubs and schools in all five areas of Leinster Rugby: Metropolitan, North Midlands, North-East, South-East and Midlands.

The tour begins in the Dublin City Council/Fingal area of Dublin this month and will be heading to the North Midlands area in November. The trophies will be in the North-East in December and will then head to the South-East area in the new year. They will then make their way to the Midlands in March and will complete their journey around the province in the DLR/South Dublin areas.

This week the Trophy Tour will visit a number of schools in the North Central and North-West areas of Dublin City Council and the trophies will then make their way around the rest of schools and clubs within DCC/Fingal.

For more information on when the trophies will be in your local club or school, contact your local Community Rugby Officer (CRO).

Keep up to date on exclusive news and photos from the Trophy Tour by following @LeinsterBranch on Twitter.