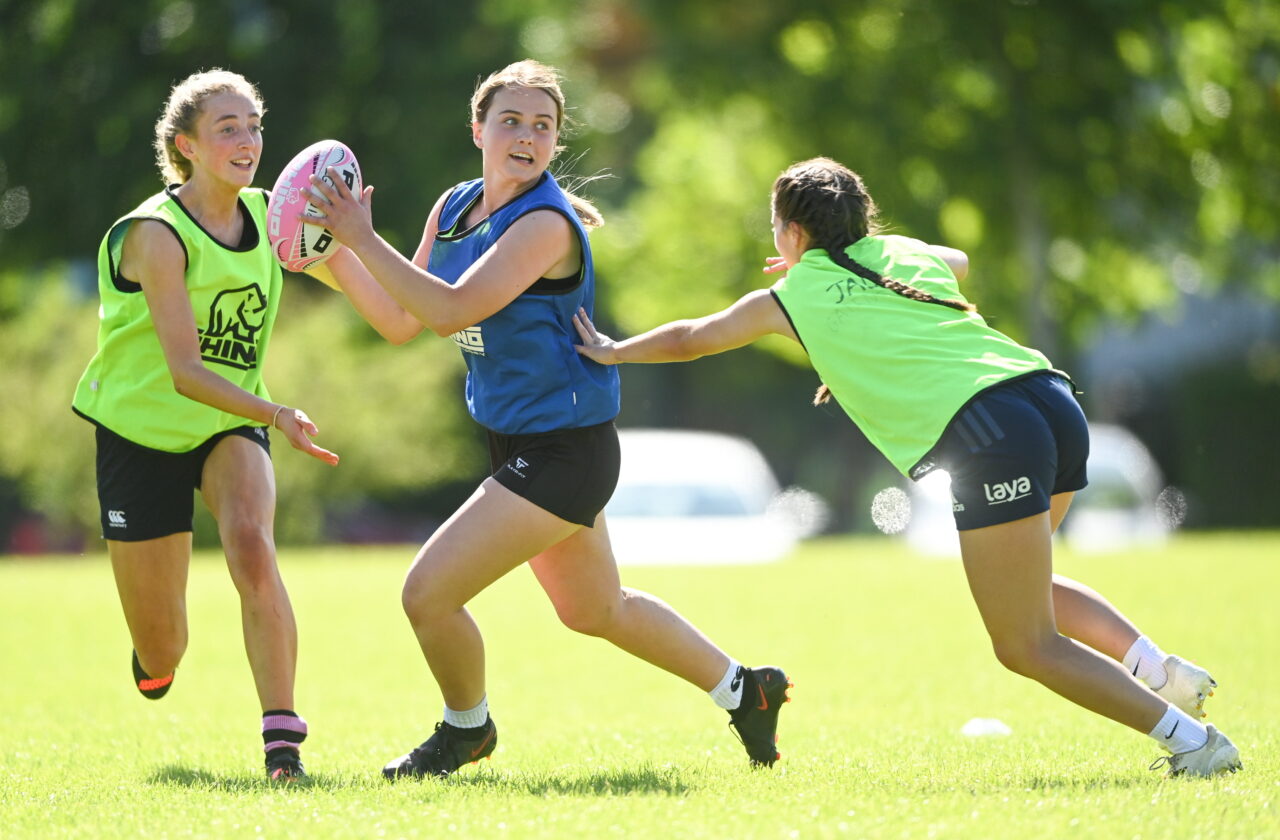 Having claimed the 2021 Interprovincial Series, the Leinster Rugby U-18 girls are hard at work to retain their title.

Since the start of July, the squad have been based at King’s Hospital School three days a week where they complete their pitch sessions, strength and conditioning programme as well as all teams meetings.

Michael Bolger is the Head Coach and is very happy with how training has gone so far.

“Things have been going really well. Everyone is active and is doing something every day,” he said.

“From a facilities point of view, it’s great to be in King’s Hospital. It’s nice to have that base for the team and the facilities are obviously second to none.

“The girls seem to be taking a lot of learnings from what we’re doing and we’re definitely taking a lot back from being challenged by them.” 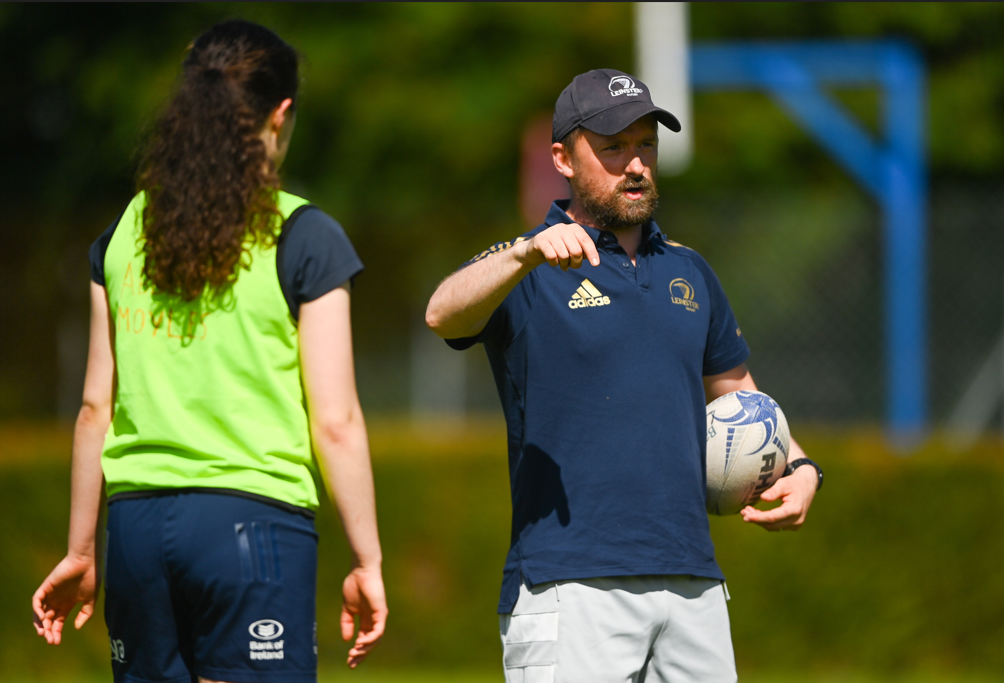 Last season saw the inaugural Sarah Robinson Cup kick off, which is an U-18 girls competition for the five areas in Leinster (South-East, North-East, North Midlands, Midlands and Metro).

This has been a key pathway step for women’s rugby and a perfect way for the Leinster coaches to identify players for this summer’s interprovincial series. 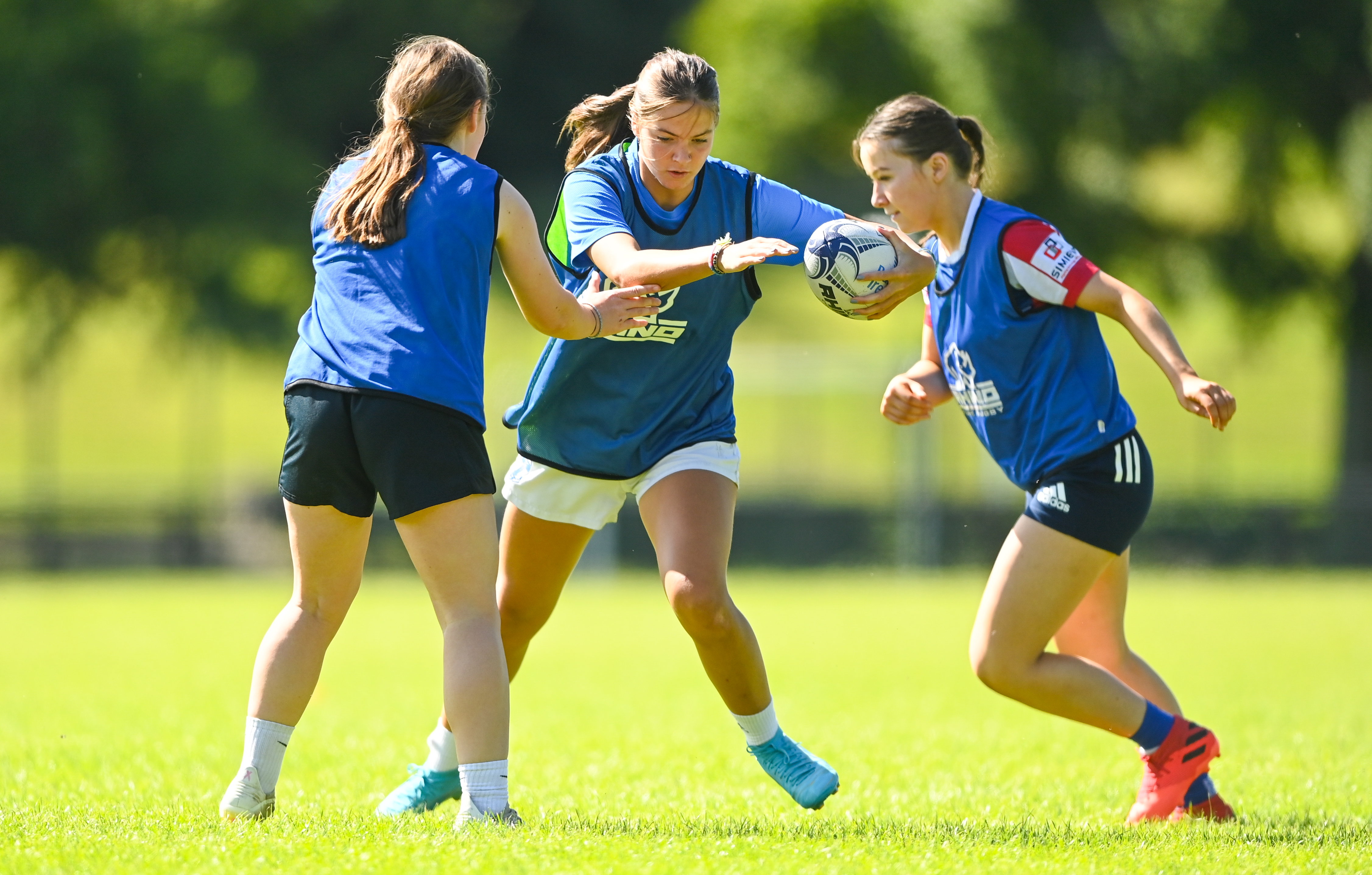 Forwards coach Niall Kane says the Sarah Robinson Cup has been a big addition to the women’s rugby calendar.

“We would have gone out and spent a lot of time at those games and looking at these girls progress.

“It helped us get a good feel for this year’s squad. We ran a couple of screenings then at the end of it, then, just to finalize everything. As a Women’s Development Officer it’s brilliant to see that the pathways are now aligned with the boys.

“So, it’s been massive for them. And you can really see the progression already.” 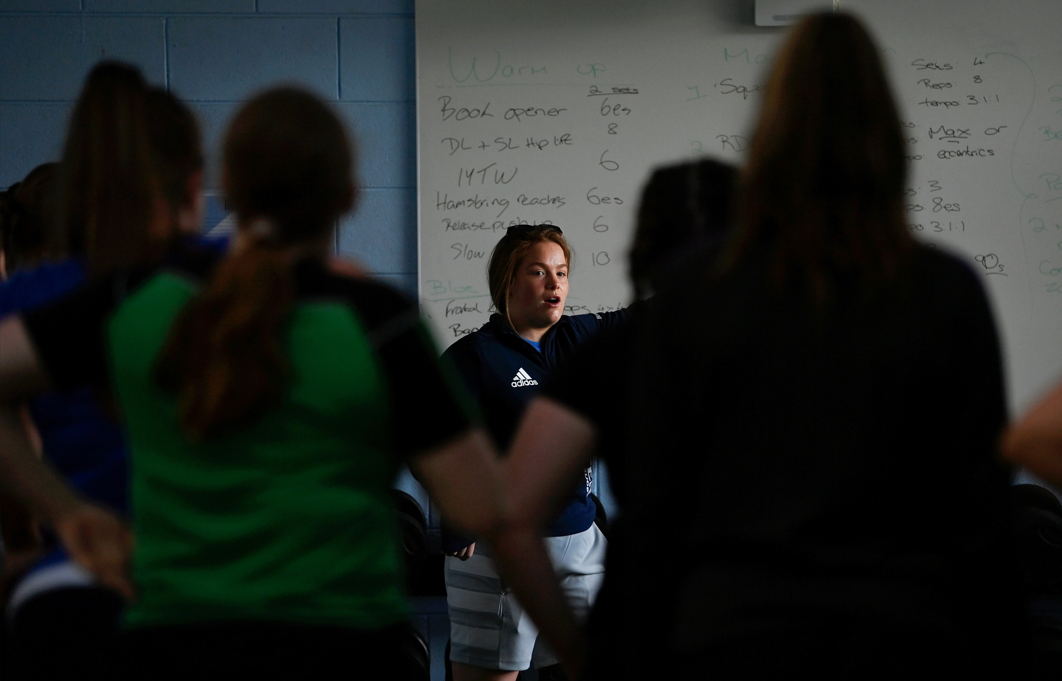 Alanna Fitzpatrick was a member of last year’s victorious Leinster Rugby U-18 Girls side but was also co-captain of the South-East side who won the inaugural Sarah Robinson Cup.

As she prepares for another Interpro series, she says it’s clear how much the Sarah Robinson helped improve players.

“It was really good. You are competing with a lot of players who are really skilled, so it gives you a chance to adapt to new systems.

“Moving from the club to the area side, you combine as one. You know a lot more of the girls when you come into Leinster training then as well. 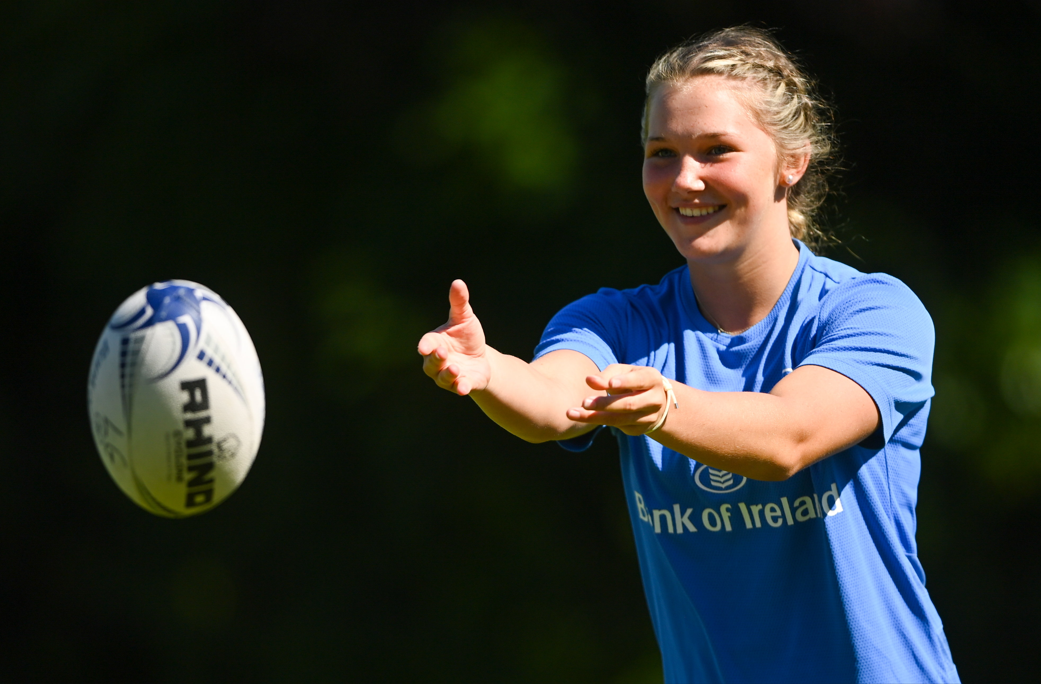 “It was nice that we won it. For the girls that were coming up it was great, because with Covid, there wasn’t a lot of rugby played and it was tough, but the Sarah Robinson was such a great competition.”

Looking ahead to the interprovincial series, which begins with a trip to Ulster on Saturday, August 27, Bolger says the team are in a good place.

“I’m very happy to say that we have a talented bunch of girls from a rugby point of view, and lots of very good athletes from a physical point of view and technically and tactically,” he explains.

“We’ll have a couple of weeks of training here in King’s Hospital, and then we’ll get a game under our belt at the end of the month, and that should have us in a good place.”

Bolger is joined by Kane as forwards coach, Paudie Mahon who is the assistant coach. Lee Van Haeften will be the team physio. The strength and conditioning programme is run by Amanda McQuade, and Samantha Wafer operates as team manager. 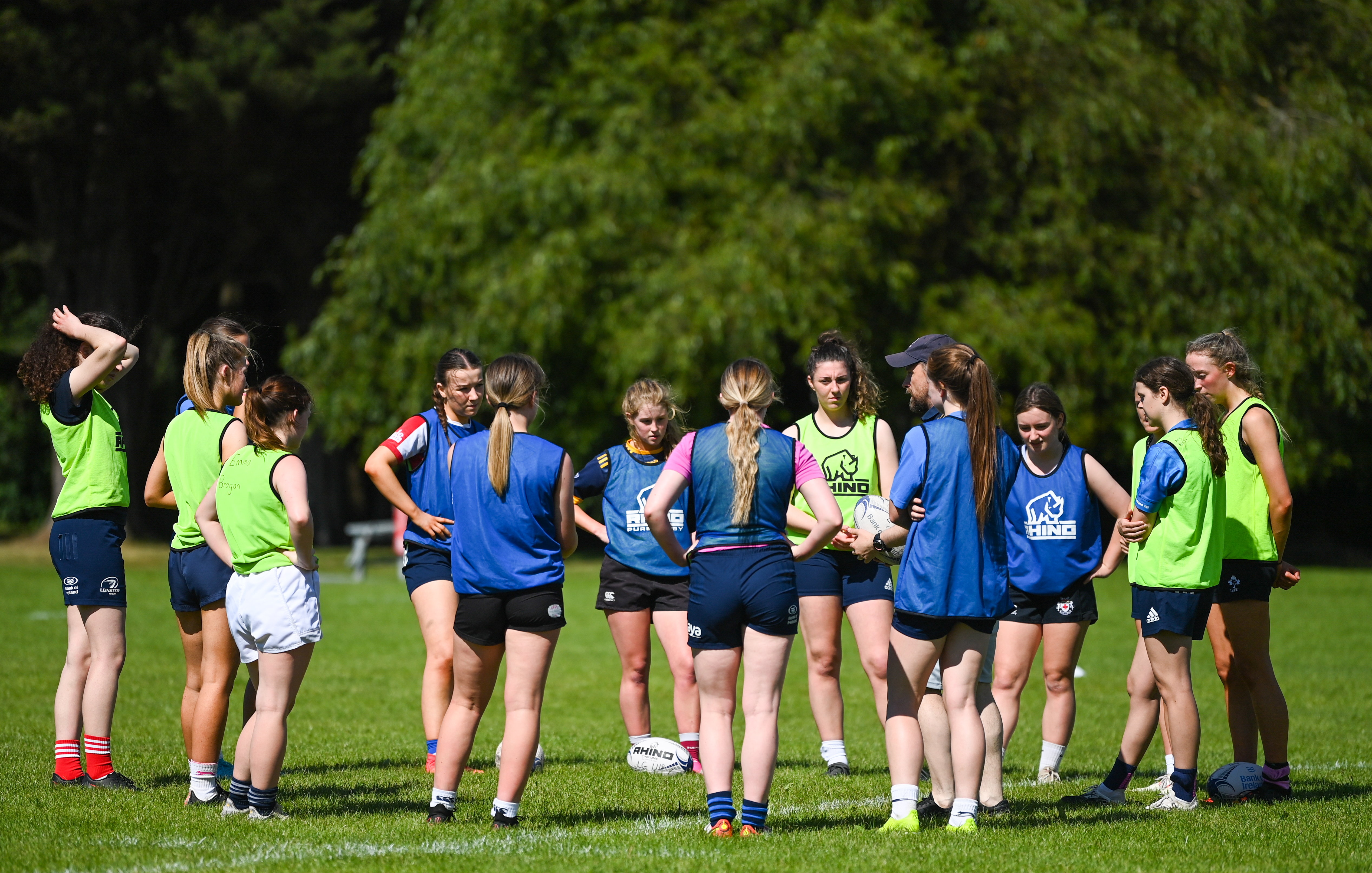 The head coach feels the collective group are in a good place in their preparations.

“We’re trying to build a strong team bond here. We are really eager to make it almost feel like a family, where we are happy to be around each other and help the girls be as accountable to themselves as we can.

“Whether it’s just coming up with a song that we can sing in the changing room after a game, or putting names on our lineouts and the backline moves, but it’s their program, we’re just here to facilitate it.

“From that point of view,  the culture tends to build and in general, we’re all smiling and laughing, but we’re getting some serious work done at the same time.”