U18 Schools defeat Ulster at UL 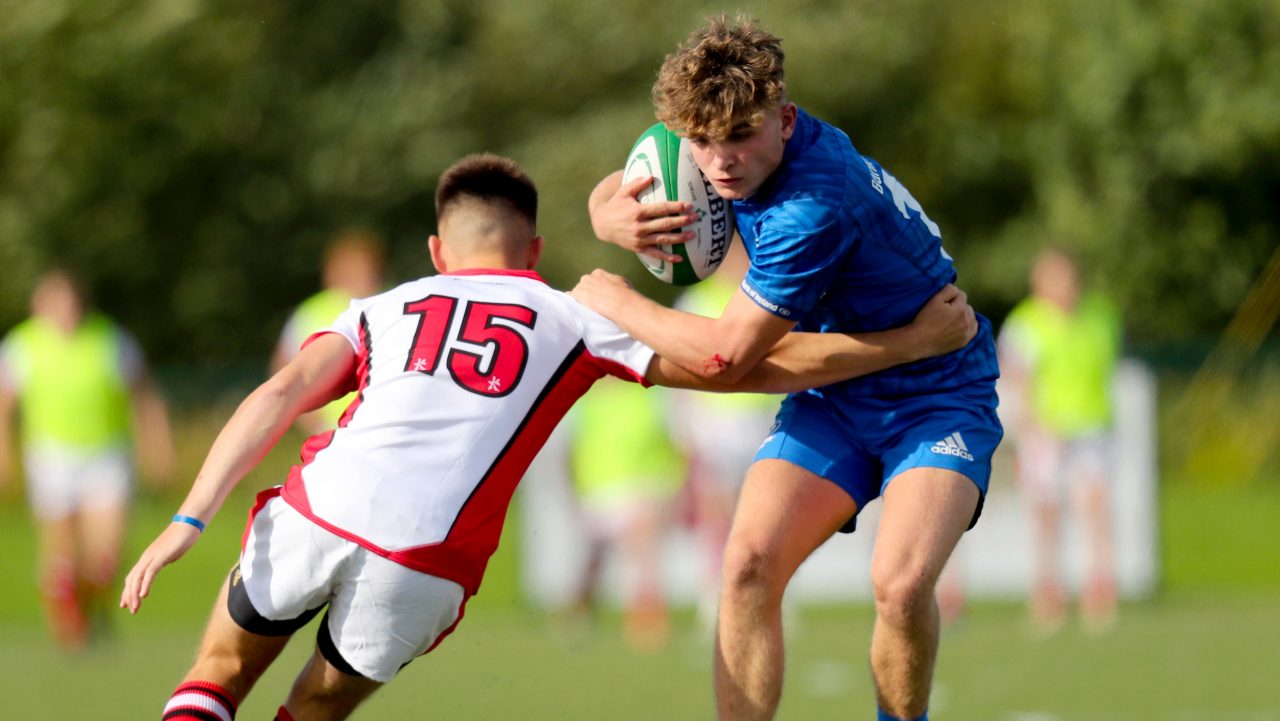 The Leinster Schools were too clinical for Ulster on the opening day of the U18 Schools Interprovincial Series at the University of Limerick on Saturday.

The ability of Leinster to harvest points from their pick-and-go was impressive, prop Rory McGuire going over as early as the third minute for out-half Charlie Tector to convert.

McGuire was back on the premises to steal over again after Tector’s smart break for the latter to convert in the 10th minute.

Ulster captain James McCormick was on hand to deliver on his decision to go for the corner instead of the points from a kickable penalty with a much-needed try, given they had the backing of a strong wind.

Scrum-half James Wright and Carson probed without reward from stiff Leinster defence and centre Fionn Gibbons extended the lead to 19-8 at the break.

The support of the considerable elements paved the way for full-back Dylan O’Grady’s try in the 40th minute to make it a foregone conclusion.

The Northern Province did persevere for Carson to benefit from wing Jamie McNeight’s surge to make in 24-13 the 55th minute.

From there, Leinster loose-head Jack Boyle smashed over from short yards for Tector to convert before replacement Eoin Quinn kicked the final points near the end.

“It was a hard-fought game which he won because we were better in the opposition 22,” said Leinster coach Andy Skehan.

“We will have to refuel for what will be another demanding test against IQ on Wednesday.”