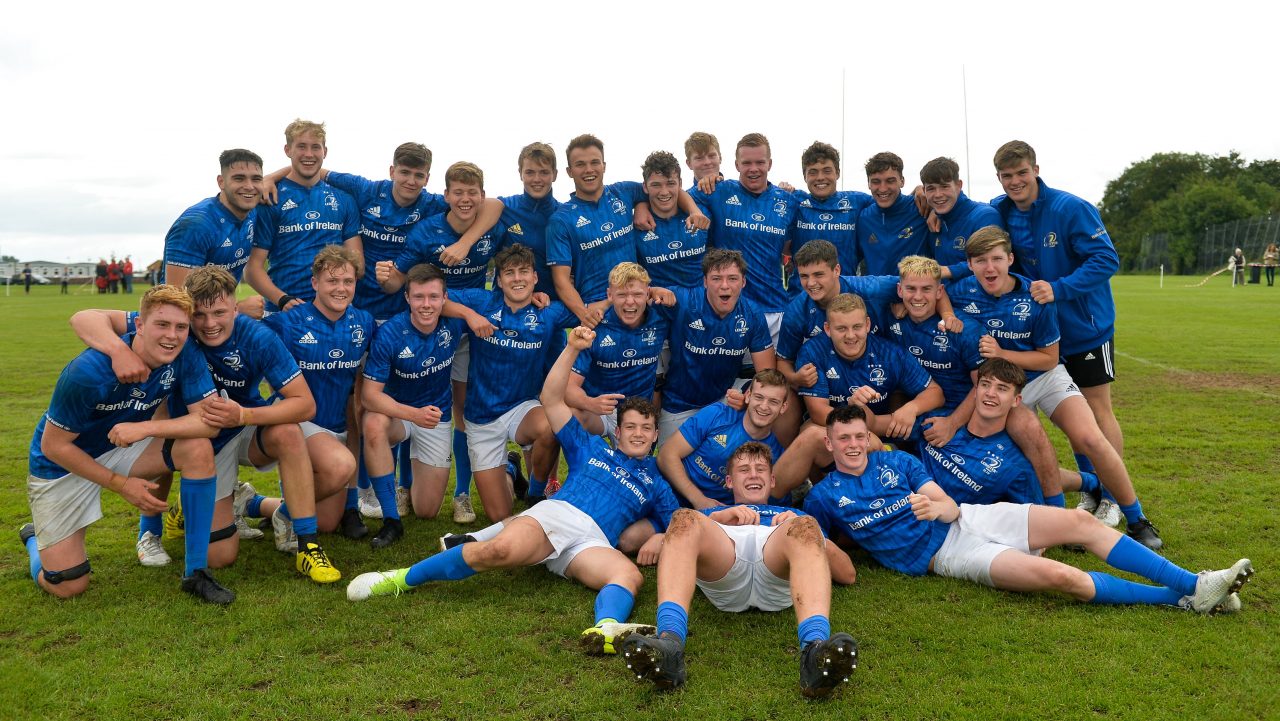 Leinster completed the U19 Interprovincial Championship clean sweep and they did it the hard way against Ulster at Newforge on Saturday afternoon.

It all came down to grit and character as Andy Wood’s young men had to rebound from going behind 14-3.

The first points of the game came when David Fitzgibbon converted a penalty opportunity to give the Leinster team a 3-0 lead in the 19th minute.

It reflected the trend in the game as the visitors created five line-breaks without any further reward. 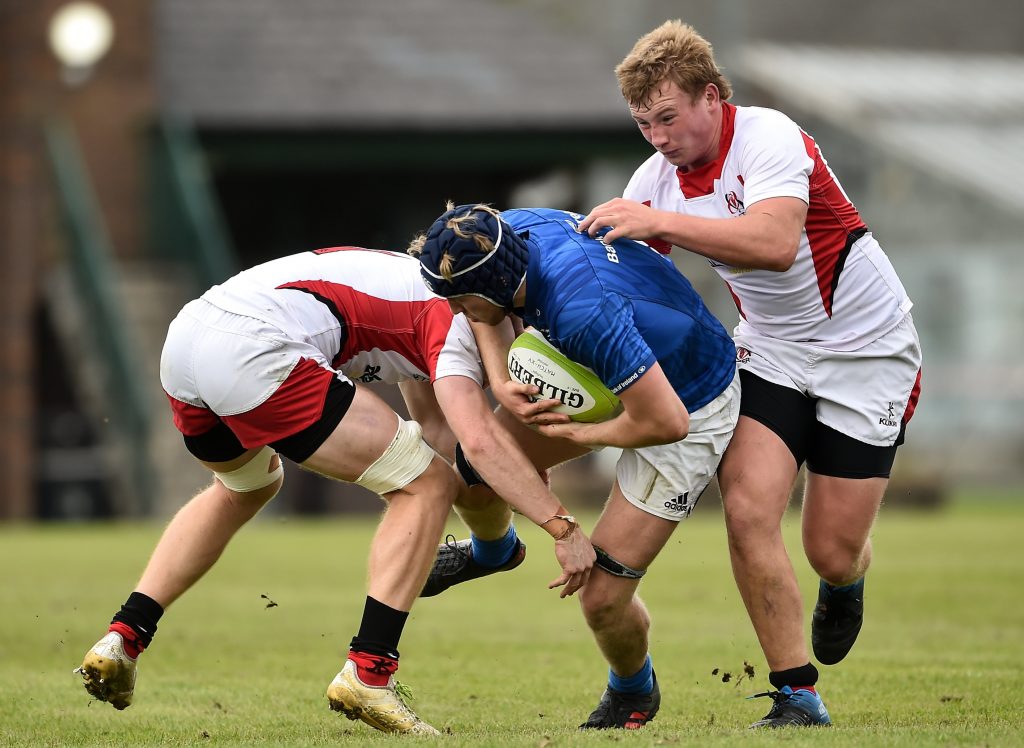 However, the setback of slipping behind seemed to galvanise Ulster and they took the game to Leinster.

They were able to make good on their promising play when number eight David McCann touched down for a try, which Conor Rankin converted, to give Ulster a 7-3 lead at the break.

The home province started the second half in a very positive manner, determined to build on their advantage.

The Leinster defence had to work hard to keep the Ulster attacks at bay. 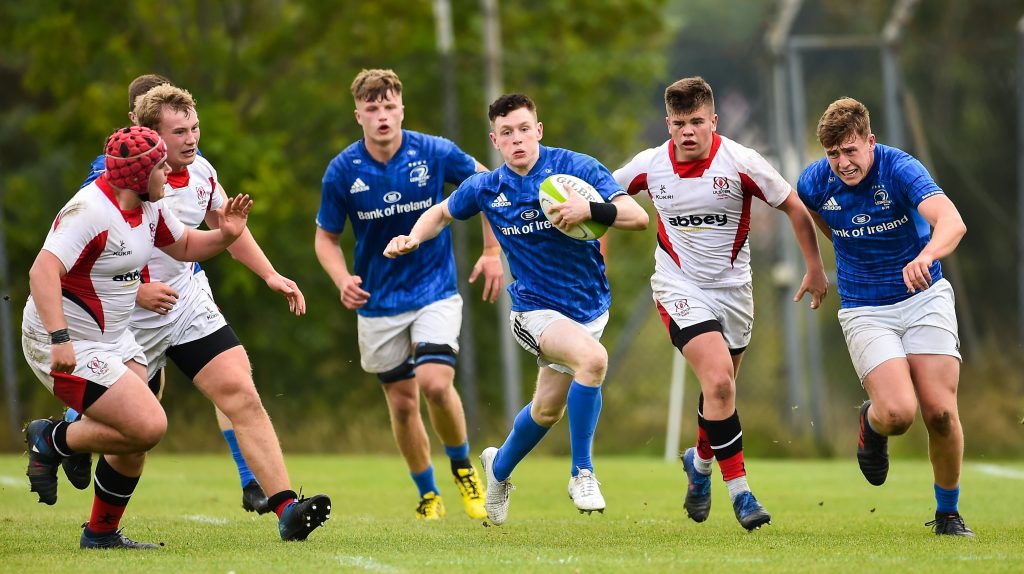 They managed to do so until twelve minutes into the second period when loose-head prop Adam Hanna blasted over the Leinster line for their second try.

It was a long way back from there. 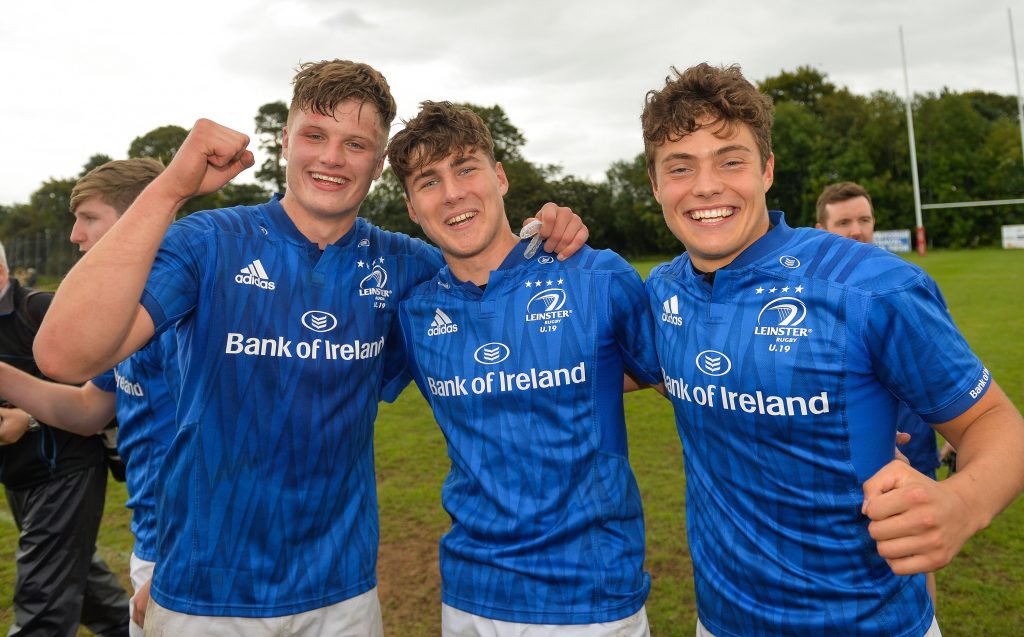 In fact, the impact of the Leinster bench was significant to the overall outcome as the likes of Jack Cooke, with an important steal on the floor, Harry Noonan and Ryan McMahon maintained Leinster’s standards.

Winger Matthew Jungmann showed commendable aggression to fend off two defenders for a try, converted by Fitzgibbon on the hour.

They completed the comeback through a superb counter from deep which culminated in wing Mark O’Brien bursting over for the winning try in the 67th minute. 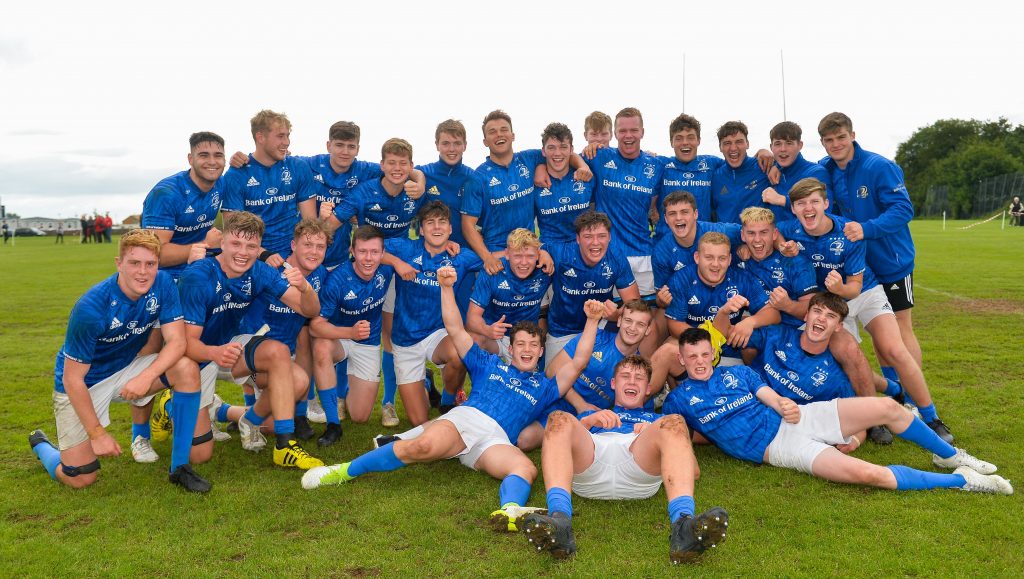 “It is a real tough competition, always is,” said Team Manager Noel McKenna.

“There is jubilation after winning it. There is also exhaustion. The lads had to give everything to win it.

“We could have thrown in the towel when we went 14-3 down. But the lads never stopped working.

“The guts of eight-nine weeks work came down to the last few minutes.

“The coaches are immensely proud of the work the boys have put in and how they got through in the end.”