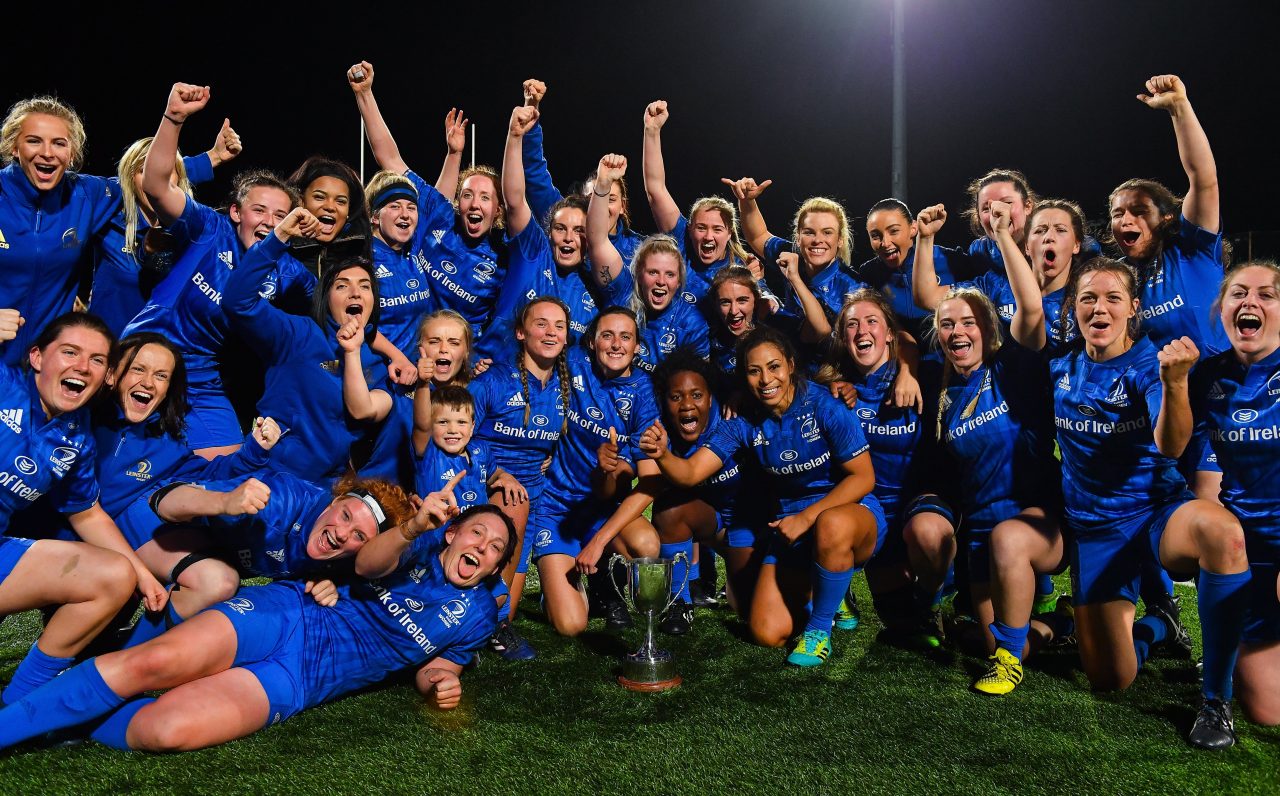 A last minute try from out-half Rachel Allen-Carmody to snatch a draw for Munster could not prevent Leinster from claiming the Women’s Interprovincial title on points-difference at Energia Park on Saturday evening.

Sometimes the occasion can get in the way of the entertainment and this was the case in a game for which winning was everything.

Leinster have been bristling for a rematch after falling foul to Munster’s power game in the decider last season.

They managed to see off Ulster (17-0) and Connacht (47-0) in convincing fashion without the concession of a point. 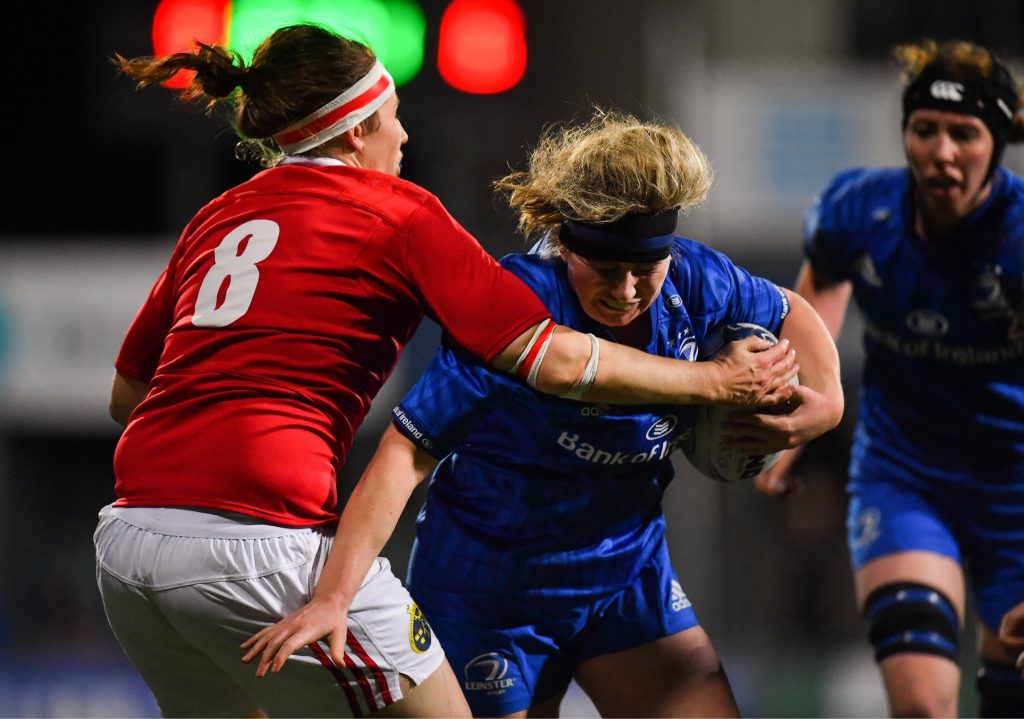 It was never going to be that way this time in what was a tight tussle in which defences were on top all the way through the first-half.

Leinster got out to a solid start, pushing the pace of the game for Nikki Caughey to open their account in the 14th minute.

Two minutes later, Munster made their way forward with a more direct approach for Niamh Briggs to square it.

The back and forth continued when Ireland out-half Caughey found the range again in the 18th minute.

It was at this point that Leinster looked to take control as Sene Naoupu showed leadership with and without the ball.

The home side got into position again for Caughey to make it 9-3 from her third penalty in the 23rd minute.

Munster were true to their tradition of fighting for every inch and flanker Ciaran Griffin was prominent with Briggs kicking game taking them forward, the centre striking three points in the 28th minute.

Caughey could have made it a double-scores game at the break, but could not find the target from an acute angle to leave in 9-6 at the break. 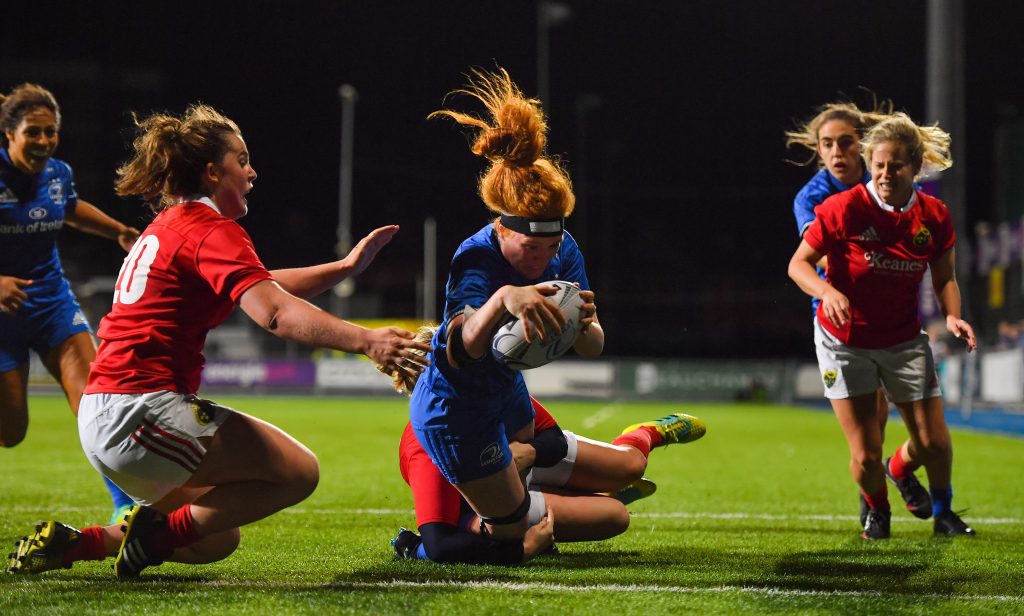 The momentum slowly turned Munster’s way as their twin threats of Griffin’s work in contact and Briggs’ boot gave them the edge in territory.

Briggs missed her first chance to grab a share of the lead, but not her second from a penalty on the left for 9-all in the 64th minute.

It was Briggs who couldn’t resist the temptation to contest at a ruck, the Girls in Blue opting to run instead of kick with Lindsay Peat carrying hard. 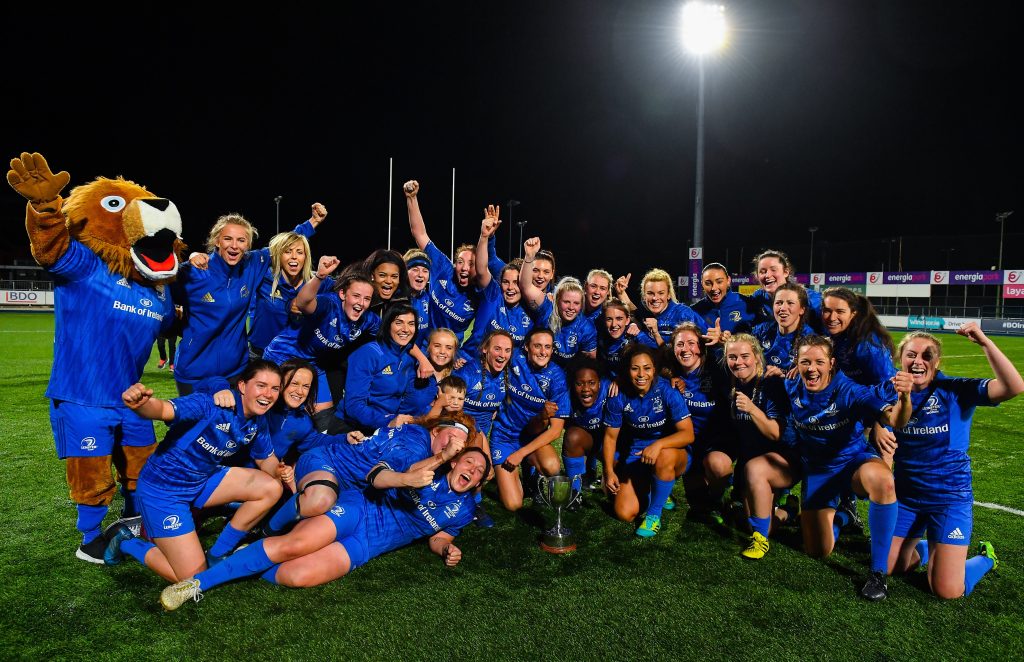 A burst from hooker Emma Hooban was key to Leinster pulling Munster out of alignment, the ball moved left for openside Juliet Short to plunge over in the 73rd minute.

It all came down to one last power drive from Munster as Briggs steered them into position and a series of drives concluded with out-half Rachel Allen Connolly powering to the line.

It was left to Briggs conversion on the right and she pulled it slightly left of the sticks to leave it a draw, meaning Leinster won the title on points difference.