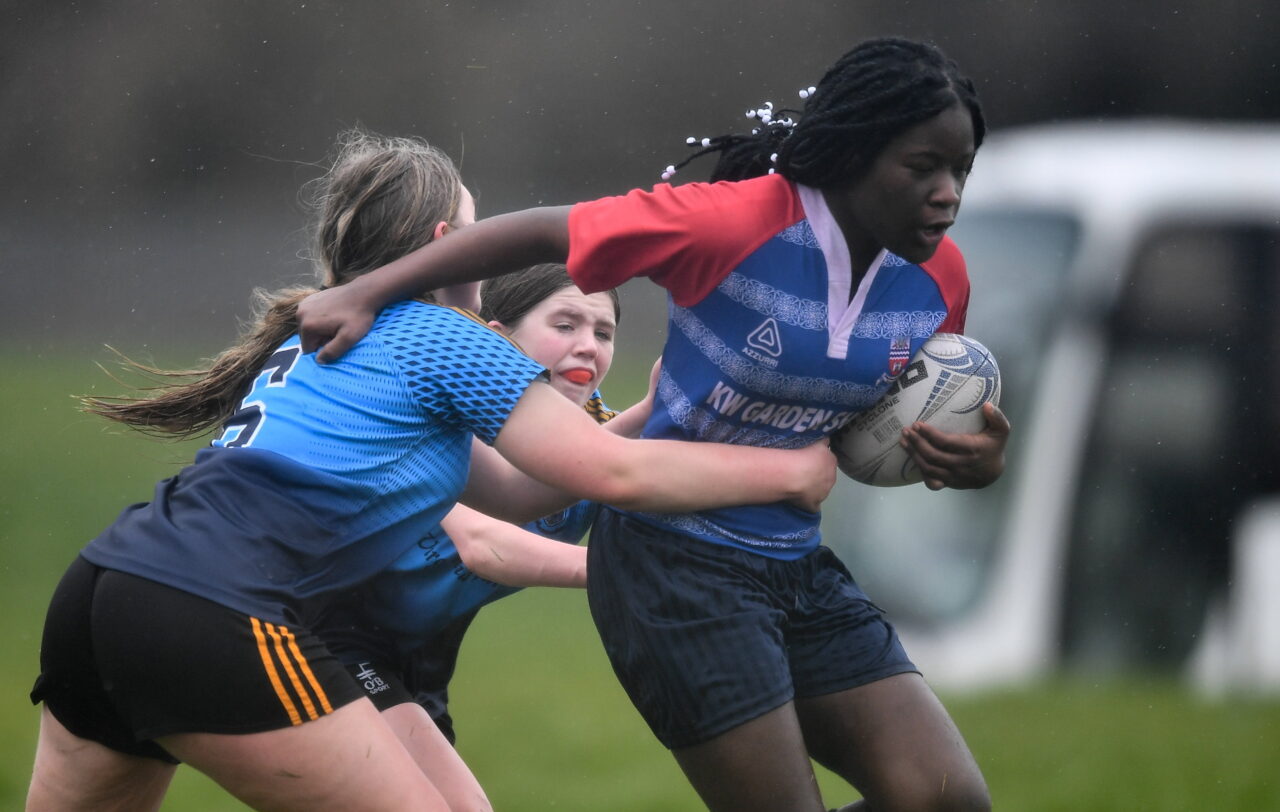 Leinster Rugby schoolgirls X7s season came to an excellent conclusion last Thursday, 24 March, when 20 of the best Junior and Senior teams came to play in the Provincial Finals Day at Seapoint RC.

The sun was shining down as 10 teams of each age group who had qualified from their regional blitz events met up to compete against each other to see which two teams would earn qualification into the IRFU’s finals day on April 6, and who (most importantly!) would take the Leinster x7s cups back to their school in 2022.

The Junior teams, St Kevin’s and St Wolstan’s from the North Midlands, Wesley College and High School from Metropolitan, Killina and Wilson’s Hospital from the Midlands, Dundalk Grammar and Eureka College from the North East, and Dominican College Wicklow, and Pres Wexford from the South East kicked off the event in the first round across the four half-size pitches. 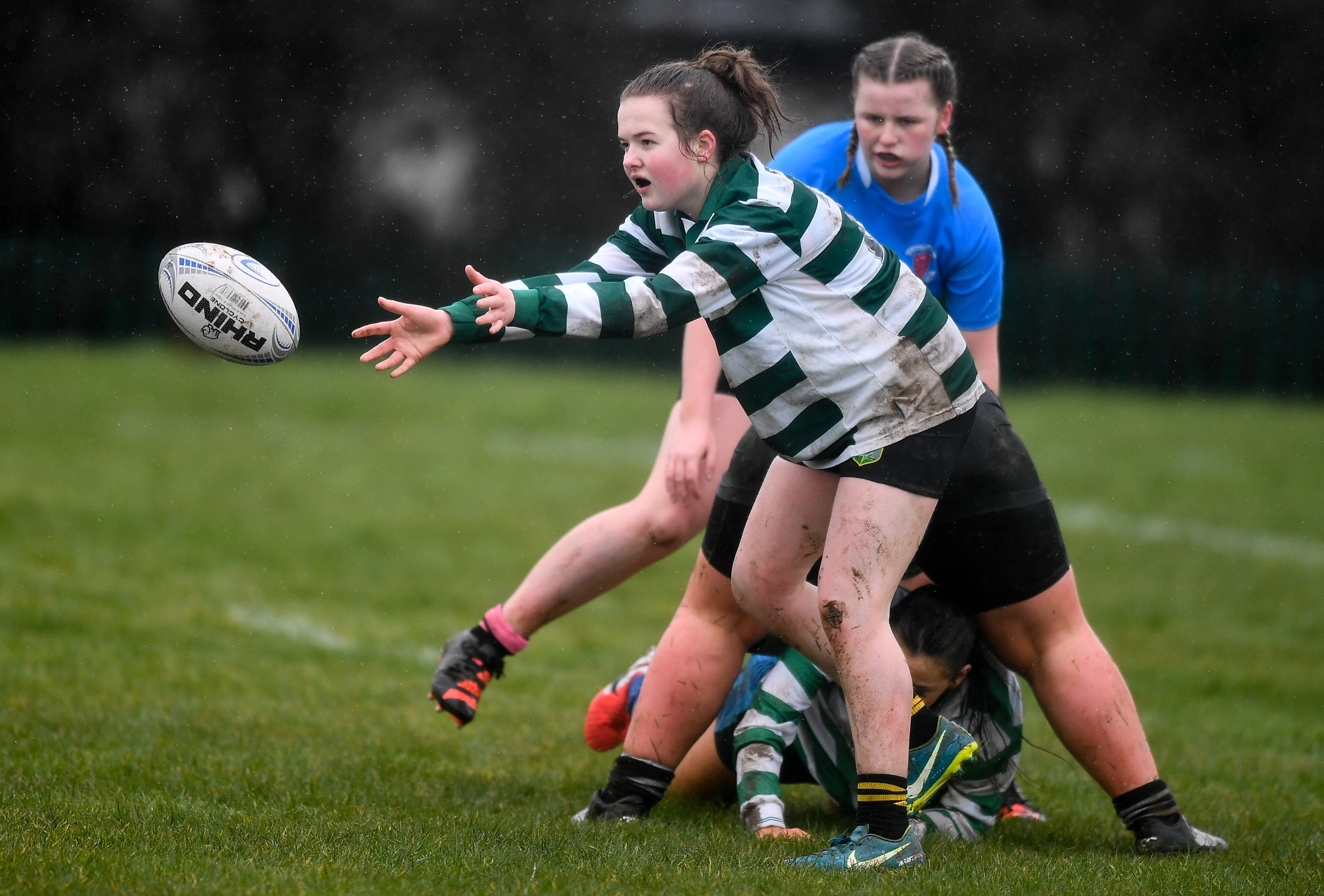 Each school played five matches within their group, and at the end of those matches Dominican College Wicklow (fielding for their first time in this competition and winning all five pool rounds) and Wilson’s Hospital with four wins and a draw finished top in their groups and went on to play against the second in the opposite groups, Killina and High School in the semi-finals.

The semi-finals were both very tightly contested – however the first teams to score in both matches were deemed the winner and moved on to play in the final match for the Leinster Junior X7s Cup, which ended with Wilson’s Hospital narrowly beating Dominican College Wicklow.

For the Senior section, where many of the players have been playing this smaller-sided form of the game for several years now, the competition was fast and fierce with some incredible skills on display.

East Glendalough, with an impressive unbeaten run of pool matches, won their group and went on to play against Newbridge College who finished second in group two, whilst Coláiste Bride Enniscorthy and Coláiste Íosagáin from Portarlington met in the other semi-final. 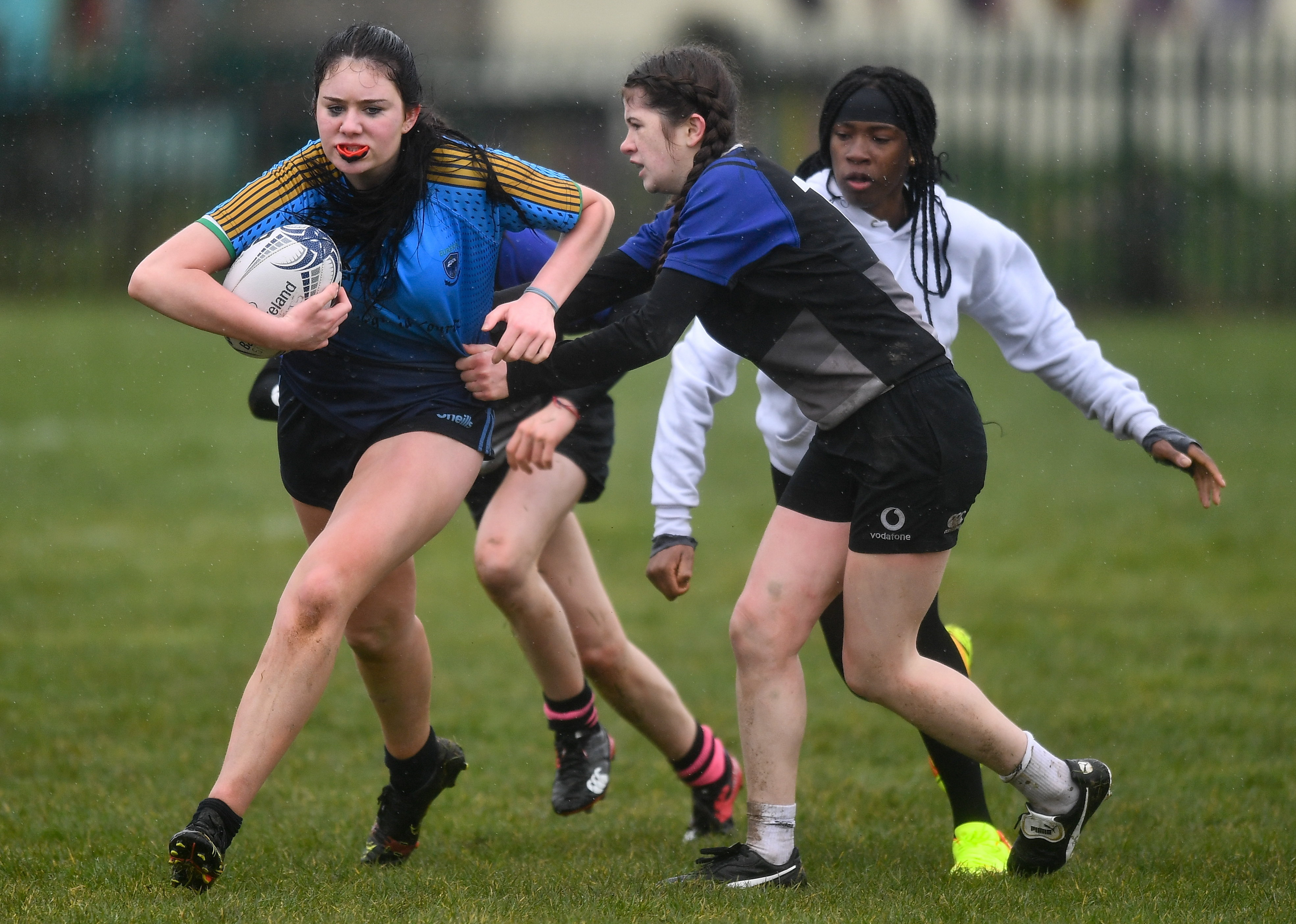 Again, as expected, the quality of rugby being played in these matches was superb, and both semis ended in a draw, with the first to score in each case – Coláiste Íosagáin and East Glendalough meeting in the Senior final, where East Glendalough were again triumphant and won the Leinster Senior X7s Cup for 2021/22 season.

In both Junior and Senior sections, the winners of the two semi-finals, Dominican College Wicklow, and Wilson’s Hospital for Juniors and Coláiste Íosagáin Portarlington, and East Glendalough School for Seniors have now qualified for the IRFU’s National x7s finals.

The day was memorable not only for the amazing weather and standard of rugby, but also as all five regions had schools involved, several of them completely new to the competitive X7s (cross pitch 7-a-side) form of the game.

Philip Lawlor, Head of Rugby Development in Leinster Rugby who attended the event, said: “It was fantastic to see the standard of player, the quality of play, and the commitment by the girls, teachers and support staff in being involved in such a high-quality event.

“The atmosphere was great and the players were obviously really enjoying playing the game. It was great to see that so many school across the province have engaged with Leinster Rugby in such energy in providing rugby as a sporting choice for their teenage girls.”