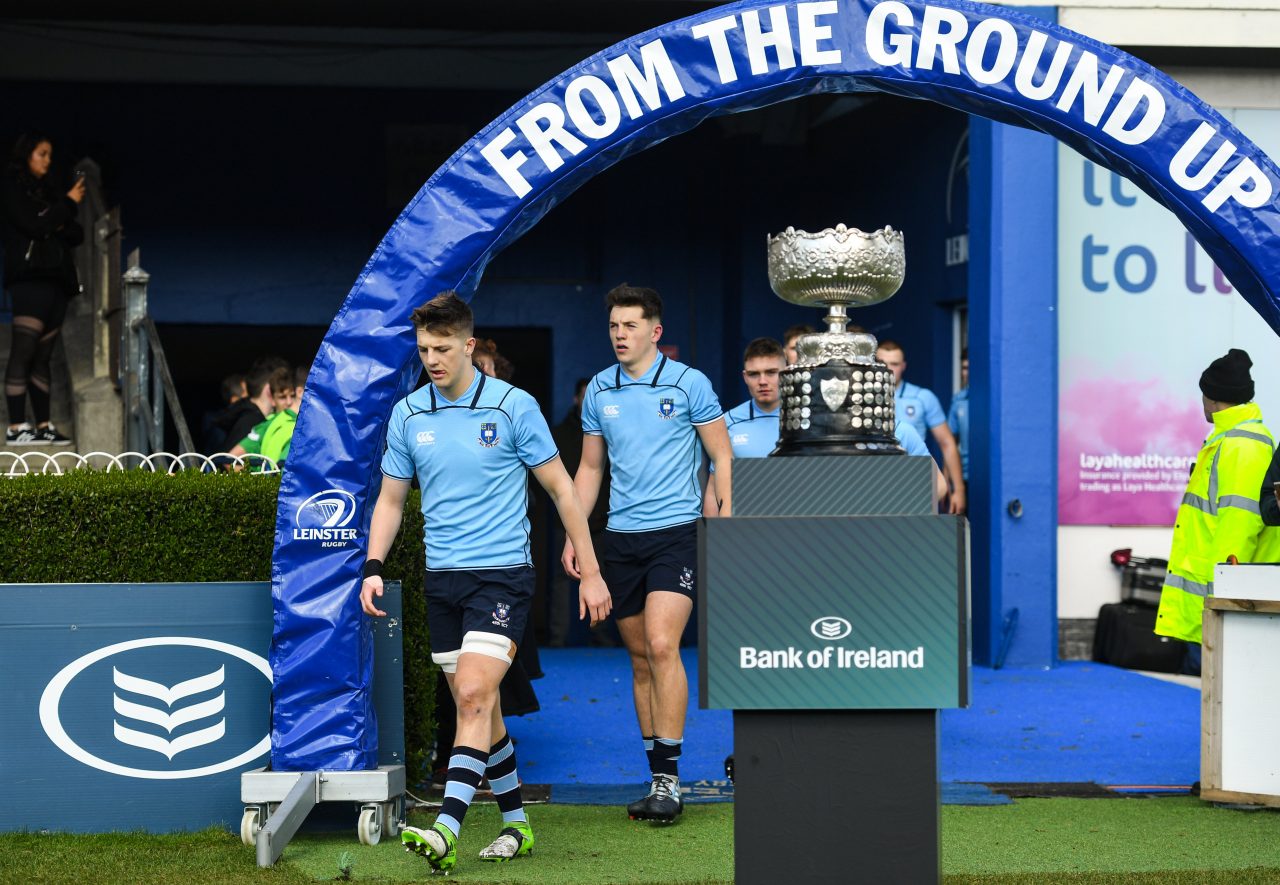 The Bank of Ireland Leinster Rugby Schools Senior Cup kicks off on Sunday afternoon with the clash of 2019 finalists, Gonzaga College, and Blackrock College at Energia Park.

Gonzaga College will be hoping that this is the first step on their way to going one better than last year while, later in the week, St Michael’s College begin the defence of their title against Temple Carrig School who are making their first ever appearance in the cup.

We’ve cast an eye over all of the First Round match-ups which will take place throughout the course of the week.

All games kick off at 3pm in Energia Park, unless stated below.

Following last year’s run to their first ever Senior Cup final, a disappointing defeat to St Michael’s College, Gonzaga kick off this year’s campaign with one of the toughest possible draws. That elusive first title still evades them while their opponents this weekend are the competition’s most decorated school with 69 titles. Gonzaga, league winners already this season, have retained Harry Colbert, whose half-back partnership with Jack Connolly helped them to the RDS Arena. Tom Cullen, another survivor from last year’s final, takes over the captaincy and will lead their pack. Losing to St Michael’s in the quarter-final last year will have stung for Justin Vanstone and his Blackrock team so they’ll be hoping for a statement victory to kick off the 2020 edition. They have no less than six players who featured in the Leinster Rugby U18 Schools team’s interprovincial series win in August. The last time these two were paired together at this level was a 2017 semi-final when Blackrock enjoyed a 34-8 victory before suffering defeat in the final.  As well as being the first Senior Cup game of the year, this contest is also the only game of the First Round that will be televised by Premier Sports.

Both sides fell at the first hurdle last year so for either CC Roscrea or Castleknock College, they’ll go a step back in the right direction this year. Both sides enjoyed good league campaigns before meeting in a semi-final back in December. Roscrea won that battle in Energia Park so will be confident ahead of Monday’s rematch. They’ll be looking to the likes of Shane Mallon for attacking inspiration. Castleknock will wonder what might have been last year, their first round defeat to eventual finalists Gonzaga was by just two points in a thrilling contest at Castle Avenue. A rousing comeback just ran out of time at the end. They’ll still have Ian Bermingham, Fionn Gibbons, Ciaran McCarrick and Luke Callinan to call on this year so there’s no doubt that head coach Jeremy Staunton will be aiming beyond the First Round.

Following four consecutive final appearances from 2015-2018, Belvedere College looked as if they would be making it five last year only to run into an inspired Lee Barron and St Michael’s. The hooker first scored the all-important winning try with just over an hour played before forcing a turnover with time up. It was heartbreak for Belvedere and, after a year of reflection, they’ll be raring to go once more. For St Mary’s, they’ll be cursing their luck that they drew a wounded Belvedere at this stage as they’ll face an uphill task. They exited the Senior Cup at the first attempt last season, suffering a 13-5 defeat to rivals Terenure College. They have an almost completely new squad with captain John Carvill one of just five survivors. Their opponents are able to call on a healthy portion of 2019’s squad, including four representatives from the Leinster U18 Schools squad. 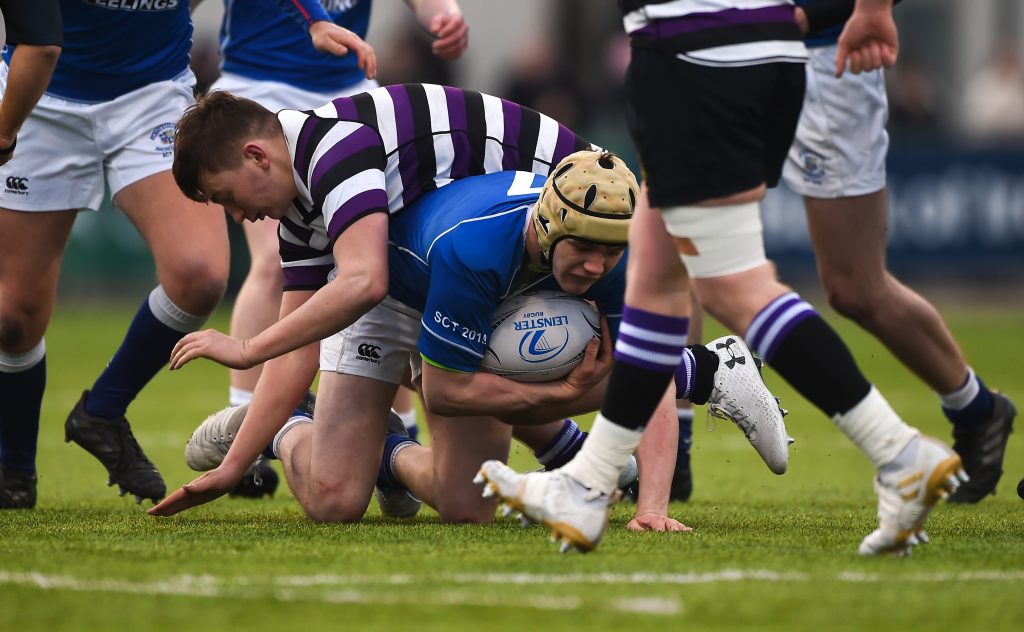 Clongowes are another team who have lost a lot of their squad but look to have some more than capable replacements ready to step into their boots. Out-half David Wilkinson is one of those who will don the purple and white again this year, along with prop Luke McMahon and back row Calum Dowling. Semi-finalists last year, they’ll be brimming with confidence. Terenure enjoyed derby day success over St Mary’s in the opening game of the 2019 campaign but that joy was quickly diminished in the quarter-final by Gonzaga. Sean Daly takes on the role of captain for them this year, he’ll likely be positioned at the rear of the scrum while others such as Patsakorn Kidd will need to be on song for the D6W school.

Kilkenny College were drawn against eventual winners St Michael’s in last year’s First Round, falling to a 52-10 defeat. Ahead of this year, they have more reason to be optimistic ahead of Thursday. Much of their front five remains, a year older and with more experience of this competition. Charlie Tector is the playmaker in this Kilkenny team and he will still have the Strongs, Adam and Ryan, as well as Matthew Hodgins in the backfield. Wesley failed to get past the First Round last year too. They possess a good core group of players with experience of playing Senior Cup. Head coach Patrick Collins will be hoping that some of that experience will rub off on the newer faces within the squad and they will be able to better last season’s record.

The King’s Hospital joined the Senior Cup last week with victory over Catholic University School in the semi-final of the Vinnie Murray Cup. They’ve been slow starters in that competition this season, failing to score in the first half of their last two games but have shown that their fire power exists by coming from behind to win. Out-half Matthew Mahood has been influential, causing problems for opposition defences with his ball-carrying. Their tigerish back row, Toni Lawal, Hugh Perry and captain Steven Walshe, are the engine of this team and will have a big say against St Gerard’s. The Bray school will have been watching on with interest to see who would emerge from the Vinnie Murray Cup to face them. Leinster U18 Schools Hooker Freddy Happonen will be one of their key men along with Aidan Long. King’s Hos were victorious when these two met in the league in November, winning by a single point on Gerard’s home turf so expect another close one at Templeville Road. 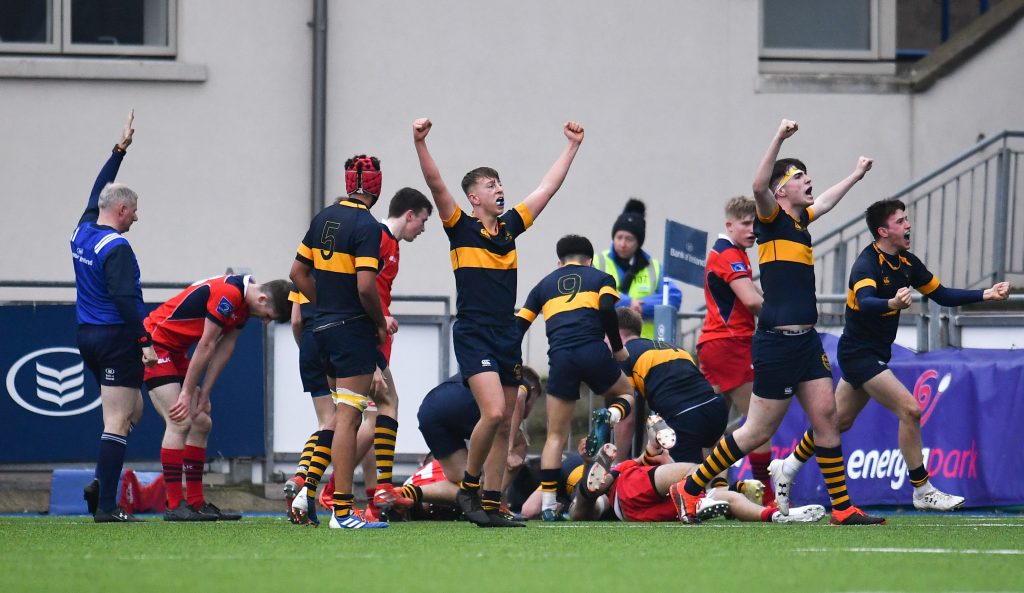 For the first time in their brief history, Temple Carrig will be taking part in the Schools Senior Cup. They’ve blazed a trail in the Vinnie Murray Cup this year with impressive wins against The High School and Presentation College Bray. Their reward? A meeting with the holders, St Michael’s College. If that wasn’t daunting enough, the Ailesbury Road outfit will be able to put out a lot of the same faces that were stand-outs in their title-winning campaign last year. Add to that a host of new faces from last year’s Junior Cup winning team and there’s plenty for St Michael’s to be excited about ahead of their title defence. Chris Cosgrave, Will Hickey, taking over the captaincy from Mark Hernan, Jack Boyle and Stephen Woods are just some of the leaders on this Michael’s team. It may prove to be a baptism of fire for Temple Carrig in Senior Cup rugby.

The last tie of the First Round pits Newbridge College against CBC Monkstown Park at Energia Park. Monkstown were winners of the Vinnie Murray Cup last year, beating CUS in the final, but not before they were able to progress to the last eight of the Senior Cup with a resounding 55-0 win against the same opposition. Liam Forster captains them this year while they also have front row duo Seamus Flannery and Conor Anderson, and out half Eoin Quinn to call upon. Johne Murphy’s Newbridge College team have a trio from Andy Skehan’s Leinster U18 Schools team providing their spine. Donough Lawlor, Diarmuid Mangan and Lucas Berti, the star of Newbridge’s run to the semi-final of the Junior Cup in 2019 were all part of the squad in UL while a host of last year’s SCT remain providing some muscle to the pack.