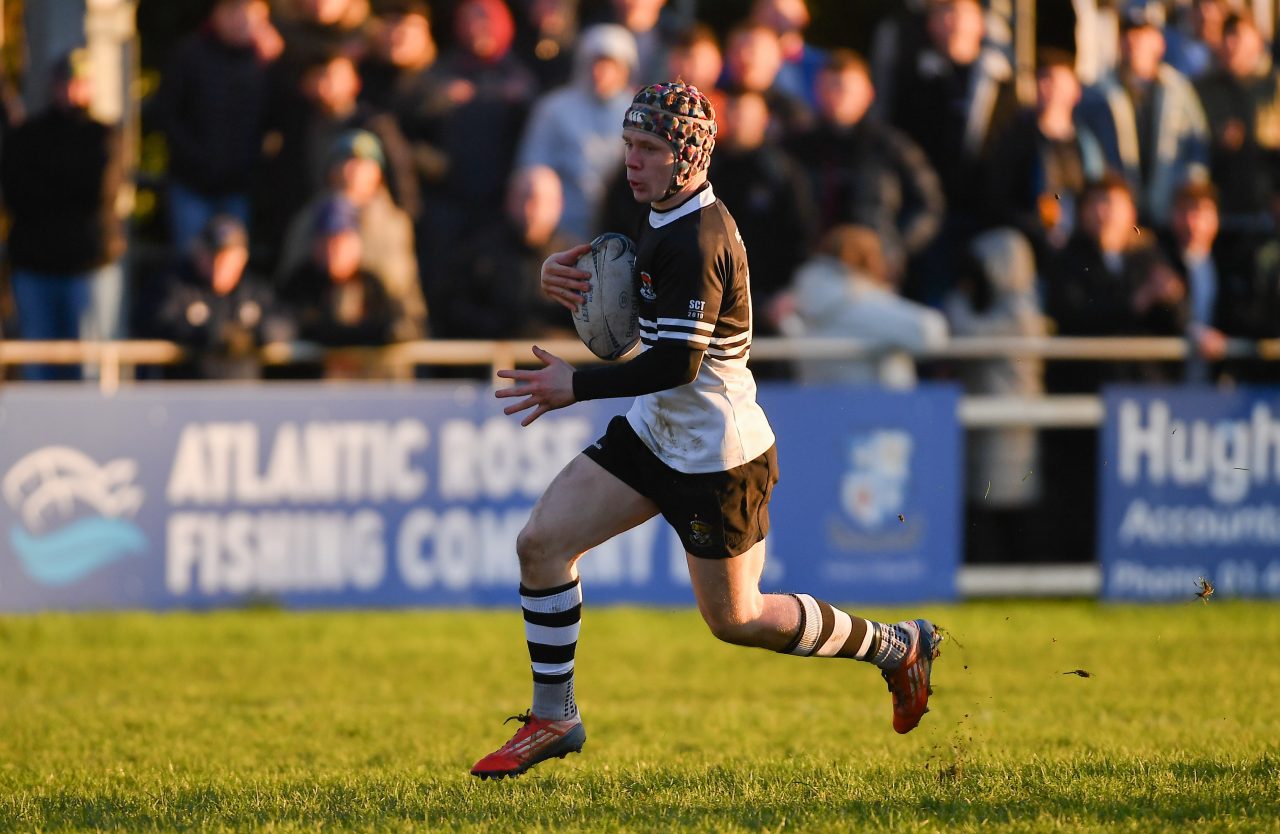 We are down to the final four in the 2020 Bank of Ireland Leinster Schools Senior Cup with semi-finals scheduled for Monday 2, and Tuesday 3, March.

All of Clongowes Wood College, St Vincent’s Castleknock College, St Michael’s College and Newbridge College take to the pitch once again hoping to clinch a coveted spot in the RDS Arena final on St Patrick’s Day.

Both semi-finals are also televised by Premier Sports, sky channel 429.

Clongowes come into this semi-final on the back of two comprehensive victories, first over Terenure College before beating St Gerard’s School 55-24 last time out.

Outhalf David Wilkinson was introduced from the bench on that occasion and Clongowes will be hoping that he’s ready to go from the off for the semi-final.

Full back Rory Morrin’s attacking threat has been complimented by the ‘off the shoulder’ running of Michael Spillane and Sean Sexton on the wings.

Oisín Devitt at scrum half has been consistently brilliant for Clongowes this year and another big 70 minutes will be needed from him as they go in search of a place in the final.

In the pack, their back row has looked formidable with captain Calum Dowling showing rugby intellect beyond his years in both attack and defence, ably assisted by Evan O’Boyle and Diarmuid McCormack. 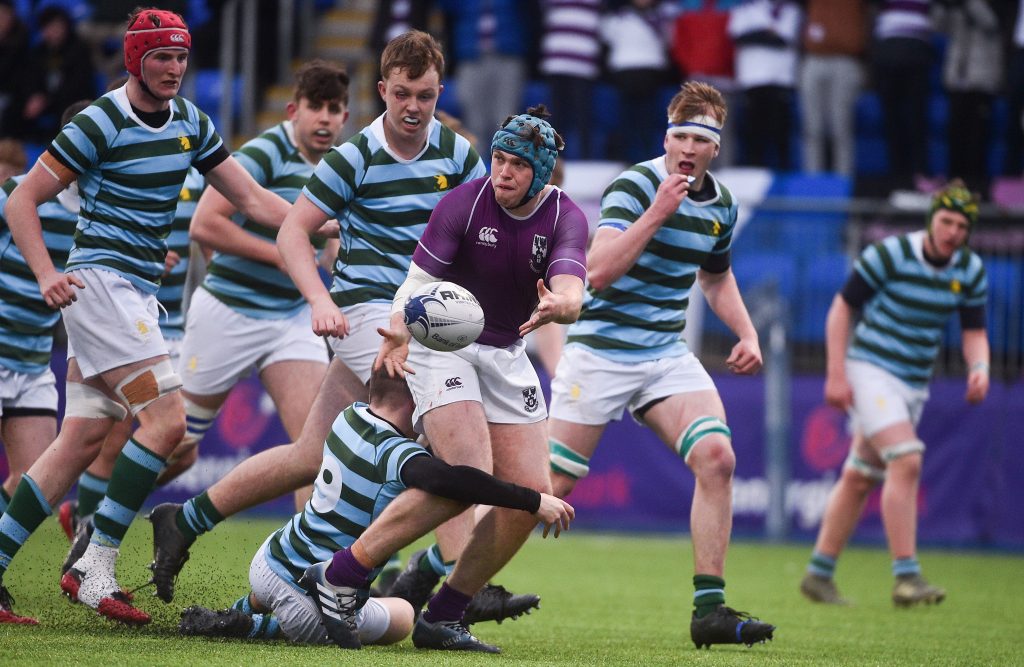 Castleknock College are on a high after winning the all-north Dublin Second Round tie against Belvedere College courtesy of a late penalty from captain Louis McDonough.

They have relied on their pack for points so far, a brace for prop Ben Griffin in the derby followed a brace from Fergus Stanley against Cistercian College, Roscrea in the First Round. They’ll look to Leinster U18 Schools centre Fionn Gibbons for a spark in midfield.

The confidence from beating Belvo along with a couple of eye-catching training ground moves from the lineout and scrum make Castleknock a tricky prospect for Clongowes on Monday afternoon.

The holders look to be in good shape once again this year putting 101 points on the board in their two games to date, against Temple Carrig and Gonzaga College.

Their First Round tie against Temple Carrig was a difficult one to gauge with the Greystones school playing in their first ever Senior Cup tie but the win over Gonzaga, finalists in 2019, gives a strong indication of the strength in the Michael’s squad.

The power and intelligence of their pack, in particular the front row, will make them a nightmare for Newbridge College to deal with.

Of their four tries against Gonzaga College, all were scored within front three, two for tighthead James Power and two for hooker Lee Barron while loosehead Jack Boyle played no small part in the build-up.

In the back-field, full back Chris Cosgrave has been a major influence and his kicking from the tee or from hand gives another string to their bow. 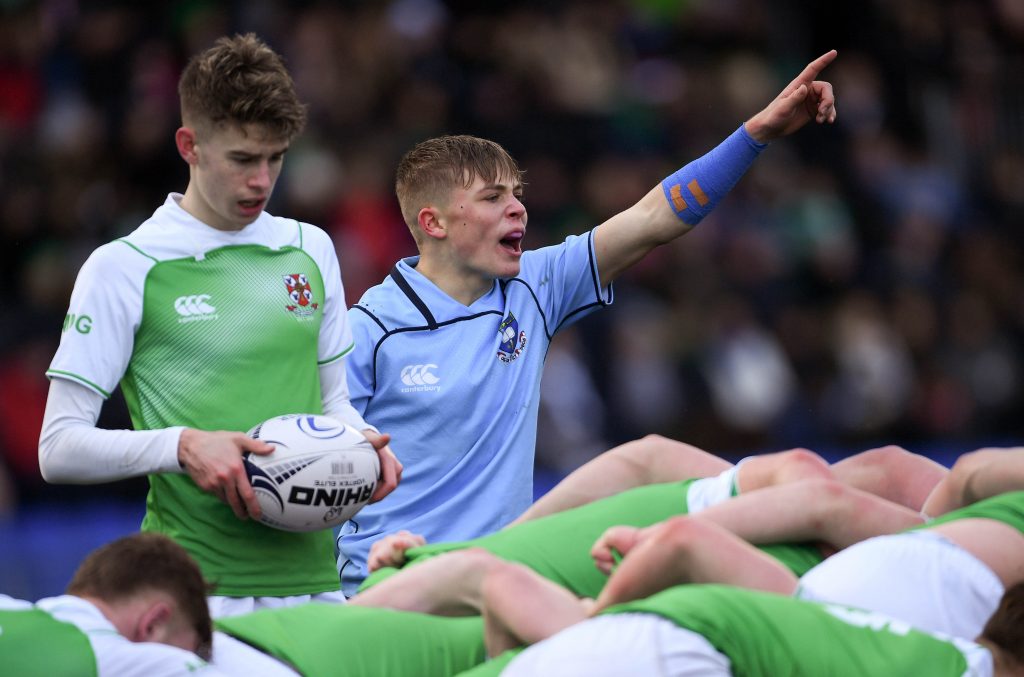 Fintan Gunne, a Junior Cup winner last year, has made the step up to Senior level seamlessly and has controlled games brilliantly with his half-back partner Niall Carroll.

Newbridge will have to call on all the guile of Diarmuid Mangan and Donough Lawlor, their pack leaders, to combat the forward threat from Michael’s.

Captain Marcus Kiely has enjoyed a good tournament so far, the big centre has got on the scoresheet in both of the previous rounds, a brace against CBC Monkstown was followed by a vital five-pointer early in the second half against Kilkenny College.

Donal Conroy has been electric on the wing for the Kildare school making him another key component while Sam Cahill and Lucas Berti Newman both proved impactful when introduced from the bench against Kilkenny.

Both games are to be played at Energia Park with 3pm kick-offs.