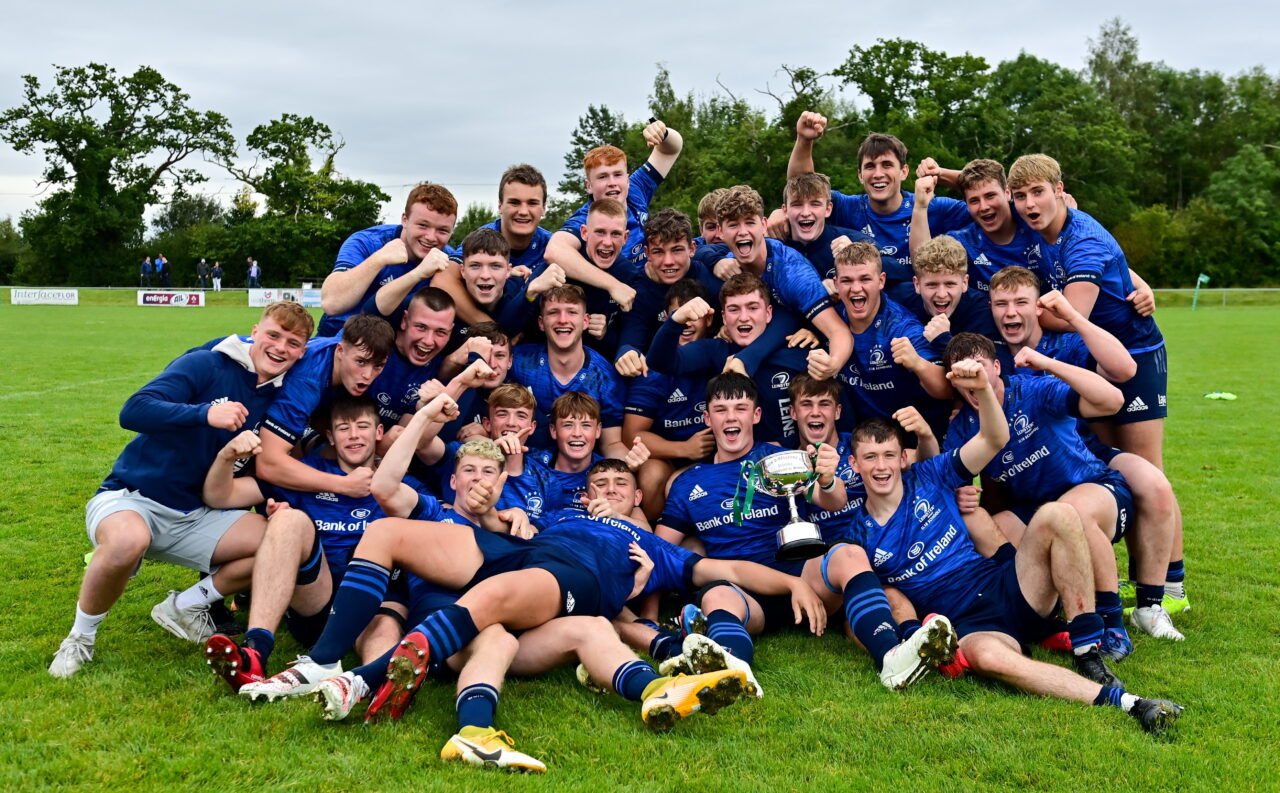 The Leinster Rugby U-18 Schools had to overcome a bad start to claim the Interprovincial title at the expense of Munster at MU Barnhall RFC on Sunday.

The boys in red were able to get off to a good start when the battle for field position, their forwards revelling in the role of the underdogs.

The front row of Rory Doody, Danny Sheahan and Harry Foster and locks Jak Somers and  Evan O’Connell went about their business in workmanlike fashion, Sheehan barreling over for out-half Benjamin Lynch to convert in the second minute.

They had the cohesion to keep Leinster locked up inside their own half and Lynch arrowed over a penalty to make it 10-0 in the ninth minute.

The greasy surface placed extra pressure on the pass-catch execution and Munster’s defence was able to shut down the Blues.

The X-factor of the back division suddenly flashed to the fore from a two-side attack, punching up the left and coming back right for centre Luke Kritzinger to split the Munster defence, Jack Murphy landing the conversion in the 23rd minute.

Leinster looked the more likely without putting it all together. That changed utterly in the second period, starting with a refusal to take two kickable penalties. 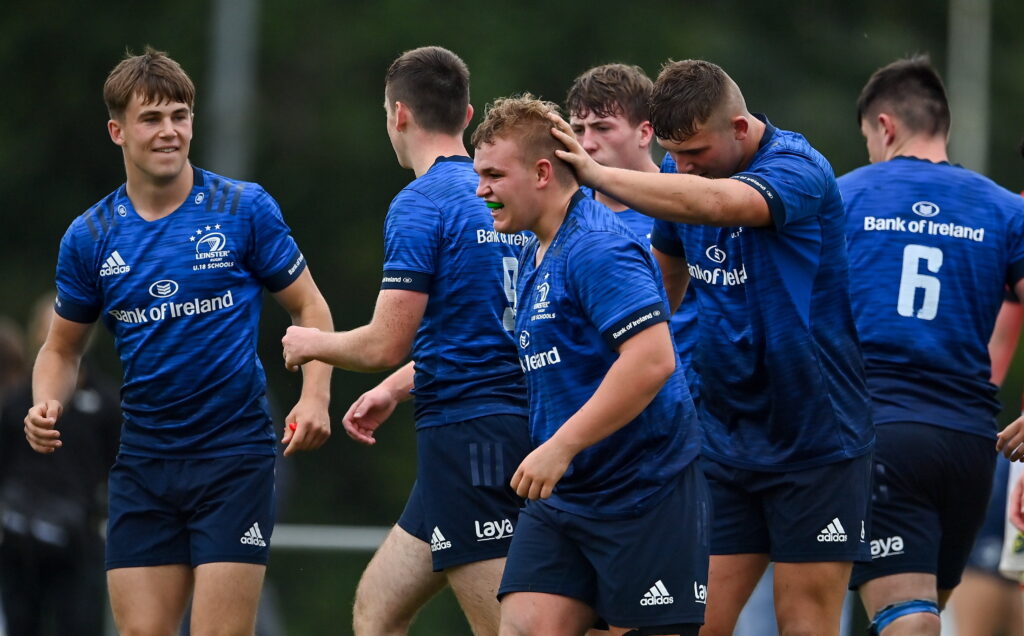 Instead, they backed their big runners to crack open Munster, Smith landing the try and Jack Murphy the conversion for 14-10 in the 40th minute.

This didn’t rattle the Munstermen, out-half Lynch kicking cleverly in behind to create confusion which led to a penalty, Lynch unable to convert from 30 metres out.

Still, they were in the right area of the field and second-row Somers was the unlikely source of a subtle kick through which Sean Long grounded for a one-point lead in the 45th minute.

From there, however, Leinster took control, out-half Murphy slotting a penalty for the lead again in the 50th minute when Munster drifted up offside.

Midway through the half, prop Tom Stewart showed impressive leg drive to benefit from a low body angle in splashing down for another Murphy conversion for 24-15.

The momentum was with Leinster, Murphy shooting a penalty and then a real team-effort, involving full-back Ruben Moloney and centre Sam Berman, ended with No 8 Richard Whelan plunging for the line for Murphy to convert. 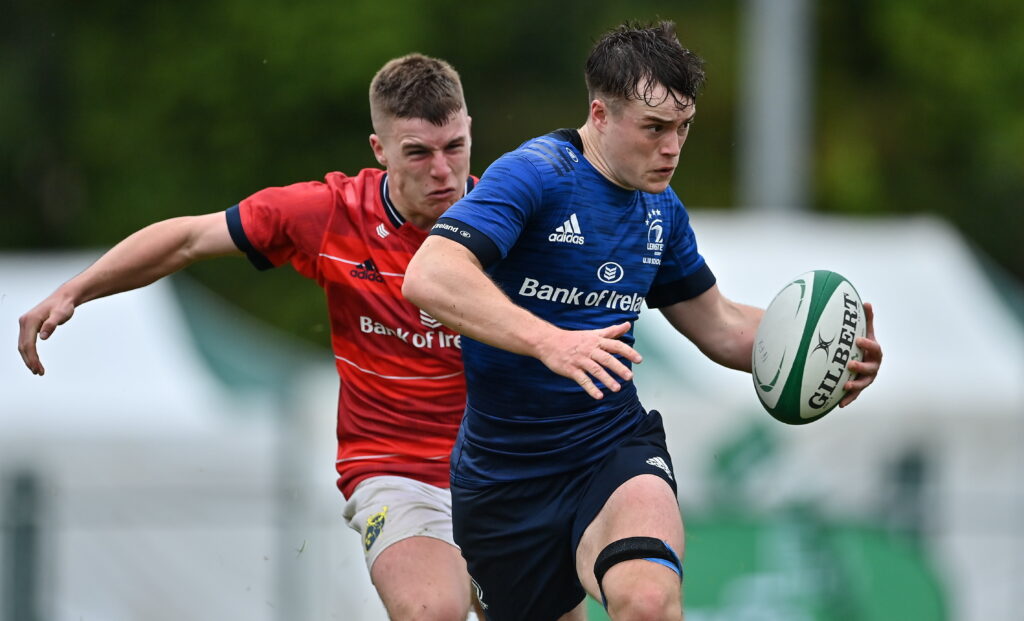 “It is difficult to know what you have and what you are up against with Covid. It feels like the backline is, maybe, the best I have had as Leinster Schools coach,” said Andy Skehan, in his fourth time in the role.

For all of that, Leinster were made to struggle by a well-drilled, typically aggressive Munster challenge.

“The players got involved in the trenches and they came out on the right side of that, eventually,” added Skehan.

“It is a reward for their hard work and how they coped with all the interruptions and problems put in front of them this year and for the last two years.”