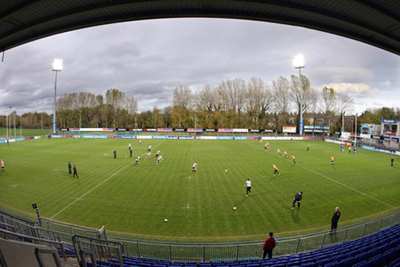 St. Mary’s College and UCD meet on Sunday afternoon (KO: 3pm) in this season’s Senior League Cup Final at Donnybrook with more at stake than just the winning of one of the oldest trophies in rugby…

The winner qualifies for the semi final of the AIL Cup, which this year will be similar to the old Bateman Cup in that it will be contested by one club from each of the four provinces.

Both sides made it to the decider by the narrowest of margins; St Mary’s coming from behind in a repeat of last season’s final when they edged Old Belvedere 16-15 in Templeville Road while UCD survived a late charge by Blackrock College to prevail on a 31-30 score line in Belfield.

The students beat Seapoint 16-5 in the quarter-final having earlier topped Pool 1 ahead of Old Belvedere, Clontarf and Trinity. St. Mary’s won Pool 2 by going unbeaten against Terenure College, Greystones and DLSP before beating Old Wesley 45-0 in their quarter-final.

A cracking Cup final is in prospect as both sides are in good form at present with St. Mary’s third in Division 1A of the AIL and UCD second in Division 2.

Admission is only €;5, representing excellent value at the end of what promises to be a terrific weekend of rugby.