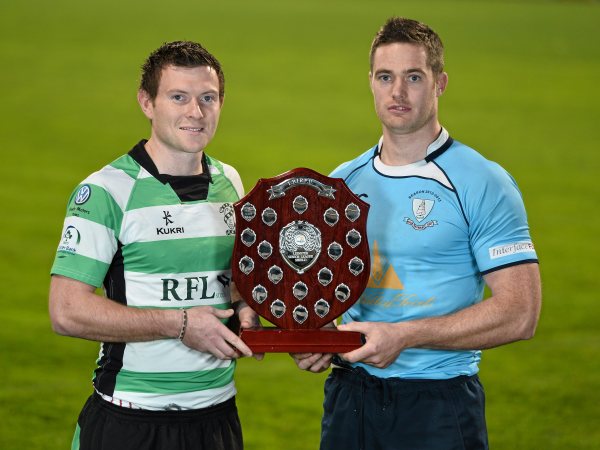 The Leinster Senior League Shield final takes place in Donnybrook Stadium on Friday, November 8(K.O 7.30pm), with county rivals Naas and NUIM Barnhall contesting what is sure to be a close match…

Here’s what the two captains, Barry Dunne (NUIM Barnhall) and Johnny Delaney (Naas RFC), had to say about the big match, followed by a stats breakdown for both teams.

“Two Kildare teams – Barnhall and ourselves – it’s close to home. This is one of the bigger games we’ll play throughout the year. It’s always a good derby game. The fact now it’s the final up in Donnybrook is just going to add to the occasion. I’m sure there’ll be big crowds coming from Kildare to see how we get on.”

“It’s a big rivalry between ourselves and Naas. We played each other twice last year and twice again this year. There’s not really much between the two teams when it comes to the final score. It’s our first final and first chance to win silverware in the last couple of years. We’ll approach it like an AIL match and take it very seriously.”

Naas have scored a total of 228 points and conceded 64 points in five Shield fixtures so far.

Get full team news for the match here.

Look out for more big match build up in The Herald.

Keep up-to-date with all the latest Leinster Rugby news by signing up for our eZine.