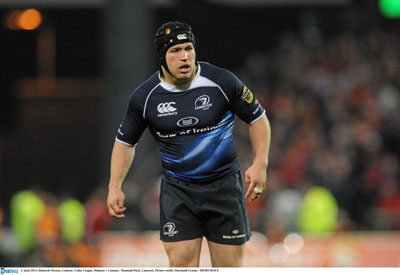 The Leinster squad trained in the RDS on Monday evening ahead of Friday night’s Magners League clash against the Glasgow Warriors (KO: 7.05pm) with the management reporting no fresh injury concerns ahead of the game in Ballsbridge…

Aside from the usual bumps and bruises there are no fresh injuries for the province as they aim to secure a home semi final in the play offs. Jonathan Sexton’s 22 point haul in the Aviva Stadium on Saturday took him to 194 points in 16 appearances in both competitions.

Try scorer Brian O’Driscoll made his 149th Leinster career appearance in the victory over Toulouse.

Fergus McFadden, meanwhile, made his 49th Leinster appearance when he temporarily replaced Luke Fitzgerald’s whose nose injury will not rule him out of contention for selection this week.

There will be a specially themed ‘Kids Takeover’ day on Friday night with the emphasis on younger supporters getting the chance to take part in a series of different matchday events.

Family tickets for two adults and two children are available now for only €;50.

Over 16,300 tickets have been sold for Friday’s game and are on sale now HERE and Ticketmaster outlets nationwide.