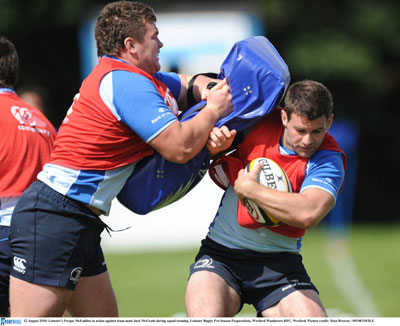 Aside from a number of bumps and bruises the panel is unchanged from the pre-season friendly against Leicester Tigers in Welford Road last weekend.

Leinster are hopeful that Mike Ross (calf) will be available for selection for the Magners League opener in Firhill this Friday night. The Leinster and Ireland prop will train on Wednesday and a decision on his availability will be made when the team is announced after training on Wednesday afternoon.

Leinster’s international contingent continued their strength and conditioning programme this week and there’s a possibility that up to two Ireland players could be available, depending on the outcome of fitness tests within the squad.