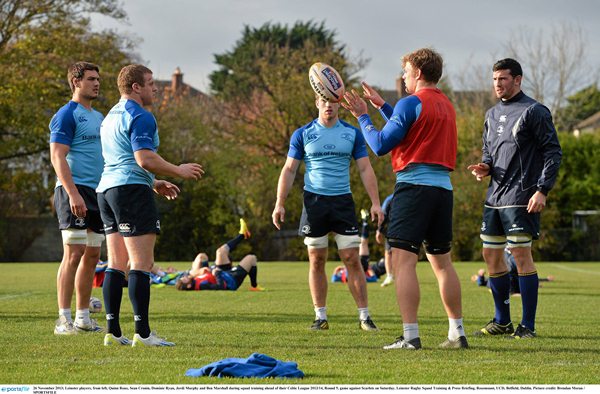 The Leinster squad have stepped up their preparations with a training session in UCD on Tuesday afternoon ahead of Saturday night’s home RaboDirect PRO12 clash in the RDS against the Scarlets (KO: 7.15pm)…

The squad will be aiming to build on the gritty victory away to Benetton Treviso and could be bolstered by the return of Leo Cullen who has made positive strides in his rehabilitation over the last week. The Newtownmountkennedy second row could feature for the first time this season and a final decision will be made later in the week ahead of Friday’s midday team announcement.

Sunday’s game marked Australian Lote Tuqiri’s first try for the province, while Zane Kirchner featured as a second half replacement in Italy after his involvement with the Springboks in recent weeks. Both international players are set to feature alongside several members of the Ireland squad who didn’t feature as prominently for the national team and are set to return to provincial action this week.

Out-half Jimmy Gopperth’s 11 point haul at the weekend took him to within six points of the 100-point mark in 10 games to date, while Isaac Boss’ next game will be his 85th in Leinster colours. Noel Reid, meanwhile, has now scored in successive games for Leinster.