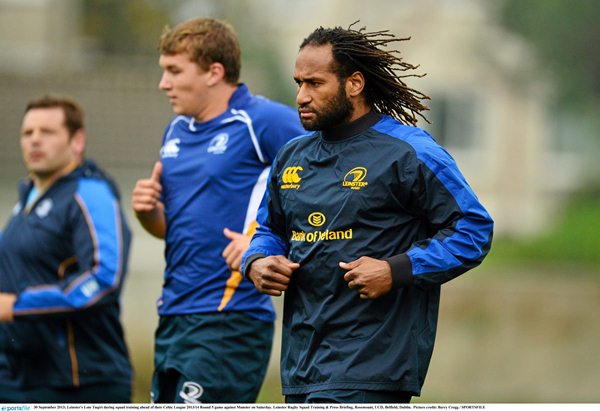 The Leinster squad trained in UCD on Monday afternoon as the province’s preparations continued ahead of Saturday’s RaboDirect PRO12 derby against Munster in Thomond Park (KO: 6.45pm)…

Aside from the usual bumps and bruises the medical team have reported no major injury concerns arising from Friday night’s bonus point victory over the Cardiff Blues. Ireland quartet Gordon D’Arcy, Mike McCarthy, Kevin McLaughlin and Eoin Reddan are all expected to return to the panel.

McLaughlin and Fergus McFadden – who successfully came through his first outing in the RDS this season – both now lie three appearances short of the 100-cap mark for their home province.

Cian Healy, Jamie Heaslip, Rob Kearney and Brian O’Driscoll all came through their first starts of the campaign, while Sean O’Brien is in the frame for the first time this season ahead of the trip to Limerick. Dominic Ryan’s next appearance will be his 50th in Leinster colours.

O’Brien could be joined in the panel this week by Australian international Lote Tuqiri, while fellow winger Darren Hudson (hamstring strain) is responding well to treatment and could return to action over the next fortnight.