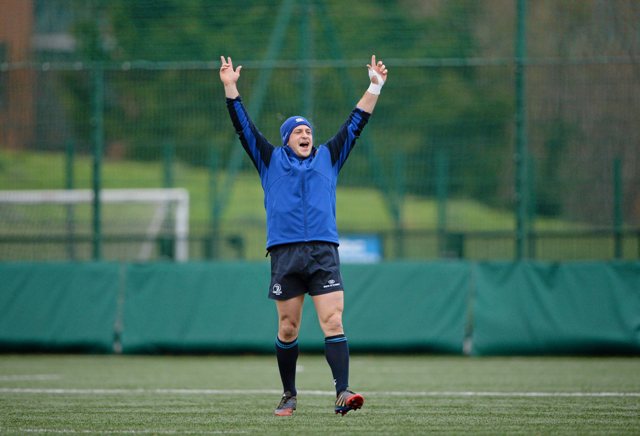 The Leinster Rugby squad trained in UCD today ahead of Friday evening’s Round 6, Heineken Cup clash against the Ospreys in the RDS (KO: 8.00pm).

While a number of players sat out today’s short session, Coach Matt O’Connor reported that all of Sunday’s match day 23 are fit and available for selection for Friday and that the recovery process is going very well.

Cian Healy has shown no ill effects from his second half appearance and is once again available this weekend having recovered from his ankle injury, while Rhys Ruddock has also shaken off his niggling calf injury and is back in contention for Friday’s game.

The squad will train again in the RDS tomorrow ahead of Thursday’s midday team announcement.

Friday night’s game will also be a special occassion for Gahan Meats, a wholesale and retail butcher based in North Dublin who will appear on the front of the Leinster jersey and will also have pitchside signage and an ad in the match programme.

Gahan Meats won the Bank of Ireland “Sponsor for a Day” competition with over 13,000 votes from the public ahead of hundreds of other entrants.

The competition was open to any small business and offered the unique opportunity for international exposure, as well as association with Leinster Rugby. Further information on Gahan Meats can be found at www.gahanmeats.ie or follow them on Twitter at @GahanMeats