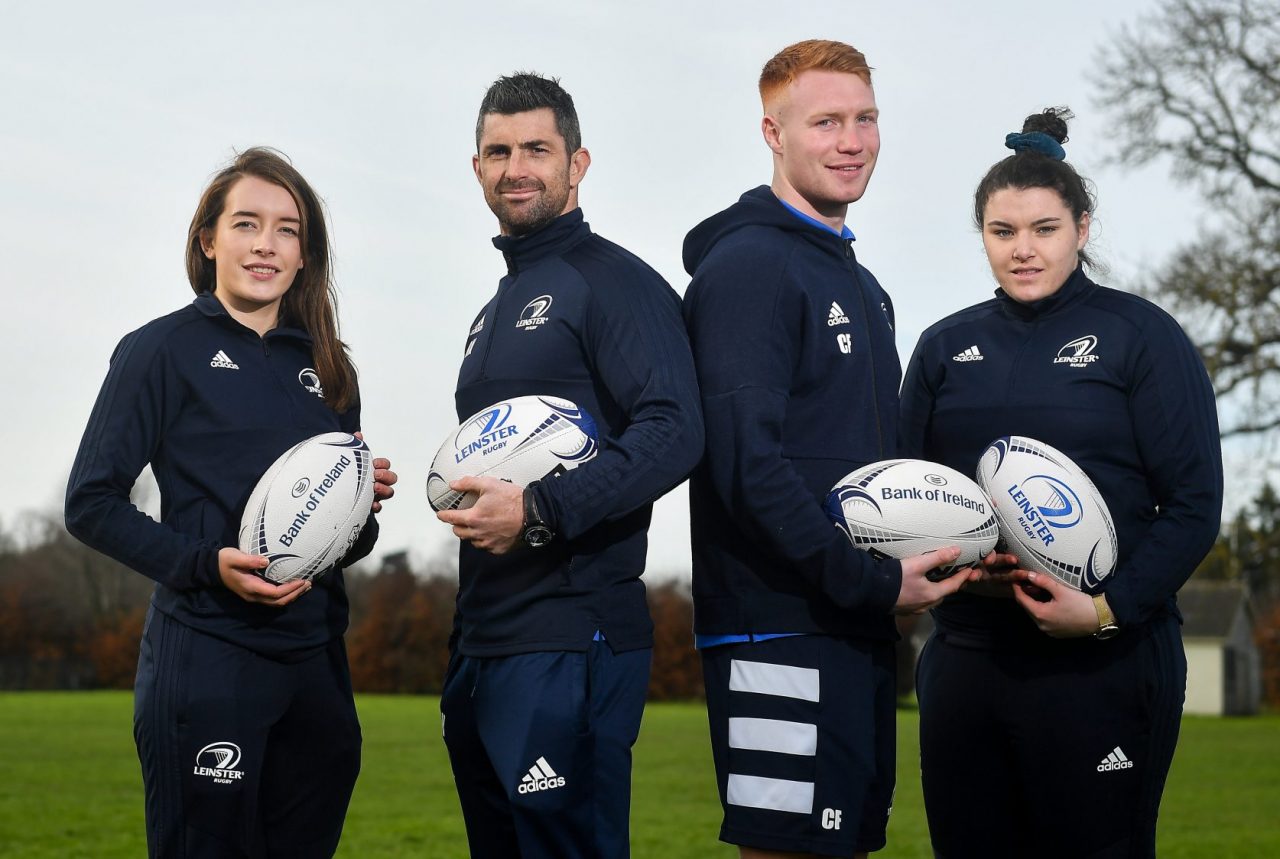 The Bank of Ireland Leinster Rugby School of Excellence has been in operation for almost a quarter of a century with 2020 set to be its 23rd year.

Over the course of that time, many of the participants have gone on to represent the province’s men’s and women’s teams.

Included in that list are the likes of Rob Kearney, Ciarán Frawley, Daisy Earle and Judy Bobbett who were all at this year’s launch of the School of Excellence at The King’s Hospital school.

“I was maybe 14/15 years of age and it was the first introduction to anything associated with the province of Leinster,” Kearney said.

“You get to meet all of these other guys who are coming through the School of Excellence who you may have played against but might not necessarily have known so you are building a relationship and it connects you with them pretty early on.

“I think I met Johnny here on my very first camp and we have become good friends since then.”

In Frawley’s experience, it was his introduction to the ‘Leinster way’ and prepared him for a life in the senior team once that opportunity came.

“A lot of the stuff we do here in these camps we do with the senior team on a daily basis, so its good to learn at a young age,” he said.

“You learn a lot here about rugby but obviously you get to have the craic at the same time. We were in rooms of six with a lot of mates from your club, and you bring what you learn here back to the club. It’s a great experience.”

The two girls’ camps this year will run from 3-7 August and 10-14 August, an initiative which has grown every year since its inception.

Earle and Bobbett are just two of those who have gone on to represent the province at the highest level after learning the ropes of top-level rugby through the SOE.

“It was very good getting to meet new friends, myself and Judy did the camp here together for two years in a row and it was a really good experience to be exposed to a different level of rugby,” Railway Union second row Earle explains.

Bobbett, who recently made her Six Nations debut in the win over Wales at Energia Park, echoed Earle’s sentiment.

“The coaching we have here is excellent, they know what they are doing with plenty of experience and I’ve definitely brought on the skills I learned onto the Leinster Women’s squad.”

To book your place in the 2020 Bank of Ireland Leinster Rugby School of Excellence, click here.