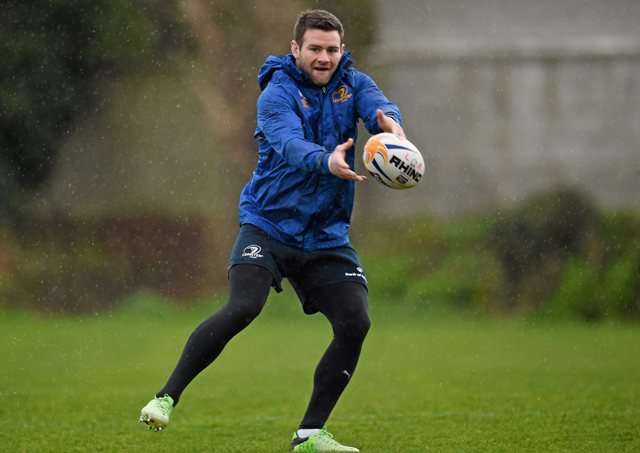 The Leinster team to take on Munster in the RaboDirect PRO12 tomorrow evening (kick off: 7.00pm) has been named by Coach Matt O’Connor and it is a starting XV of full Irish internationals…

There is also a welcome return for a number of the Six Nations winning Irish players. However with the majority only returning to Leinster training last Monday, a few have been held back with an eye on next week and giving them an additional week to recover.

Jamie Heaslip is back to captain the side from number eight, with Kevin McLaughlin and Shane Jennings completing the Leinster pack.

Plenty of experience in the backs as well with last weeks’ centurion Ian Madigan again selected at 10, with Eoin Reddan beside him and closing in on his own century. Saturday’s sold out game will be the 98th Leinster cap for the Limerick man.

The starting wingers are Luke Fitzgerald and Fergus McFadden with Gordon D’Arcy and Brian O’Driscoll back to continue their record breaking centre partnership. Rob Kearney returns to fill the full back slot, with Zane Kirchner on the bench.

Otherwise, Rhys Ruddock is still nursing a calf injury and Dave Kearney took a knock in training on Thursday and is another who will not be risked for this game. Both will be assessed again early next week but other Six Nations winners Jordi Murphy, Sean Cronin and Isaac Boss are included in the match day 23.

The game in the Aviva is sold out with numbers presently at 51,157 – final attendance will be confirmed on the day.