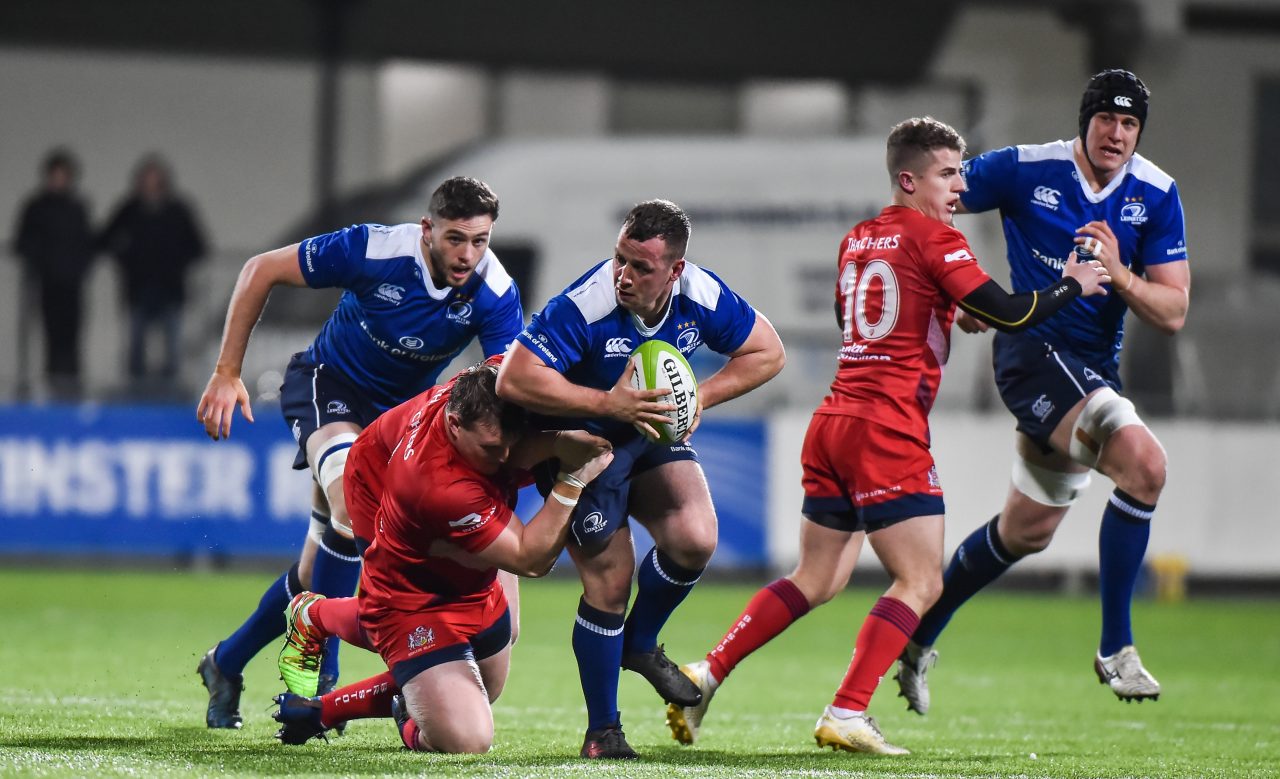 Ed Byrne will captain the Leinster ‘A’ team when they take on Doncaster Knights in the final round of British & Irish Cup pool games at Donnybrook Stadium on Saturday (KO 3pm).

Leinster Rugby would like to once again remind supporters that the kick-off time for this game has changed to 3pm to accommodate supporters that wish to watch the senior team’s Champions Cup match against Montpellier (KO 1pm Irish time).

Barry Daly returns from injury to start at full-back for Leinster ‘A’ tomorrow. The UCD club man picked up an injury in the win away to Ulster in the Guinness PRO14 and has been out of action for Leinster since.

Daly is joined in the back three by Jack Kelly, on the right wing, and Tommy O’Brien, on the left wing, who are both retained from last weekend’s bonus point win away to Cardiff Blues Premiership Select.

There will be plenty of experience in the Leinster ‘A’ midfield as Noel Reid is selected to start in a centre pairing with Gavin Mullin.

The versatile Ciarán Frawley moves to number 10 for the visit of Doncaster with Nick McCarthy starting at scrum-half.

In the front row with captain Byrne are Ronan Kelleher and Michael Bent, who is just one appearance away from making it a century with the senior squad.

Mick Kearney and Ian Nagle will be the starting second row pairing once again this weekend.

The back row is also unchanged with Josh Murphy, Max Kearney and Peadar Timmins all named.

Speaking to leinsterrugby.ie ahead of tomorrow’s match against Doncaster (KO 3pm), head coach Noel McNamara reflected on the British & Cup campaign so far.

“We couldn’t have asked for much more from the boys, there have been some fantastic performances, notably away to Doncaster and Bristol,” McNamara said.

“Even last weekend they showed a lot of character in digging out that result in what was Cardiff’s best performance of the campaign. We’re pleased to be in the position that we’re in and we’re looking forward to the challenge against Doncaster again.”

The English Championship side come into tomorrow’s game with qualification for the knockout stages in their own hands as long as they pick up a win at Donnybrook.

“Doncaster clearly want to be involved in the latter stages of this competition. We’re under absolutely no illusions that it’s going to be a huge test for us. We have a lot of respect for Doncaster – we had a fantastic game over there. I’ve no doubt in my mind as to the challenge we’re going to face on Saturday.”