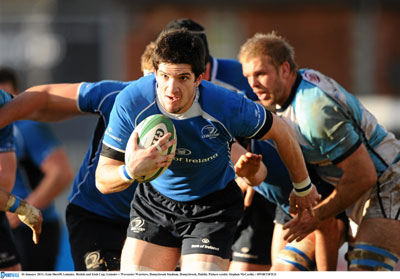 Paul O’Donohoe leads a team which contains a number of players who have featured for the senior team in recent weeks as well as a number of AIL and Academy players.

Up front, prop Jack McGrath – who has scored tries in each of the last two rounds – starts in the front row alongside Aaron Dundon and Simon Shawe, with Ed O’Donoghue named in the second row alongside Ciaran Ruddock. Eoin Sheriff completes the back-row with Paul Ryan and number eight Leo Auva’a.