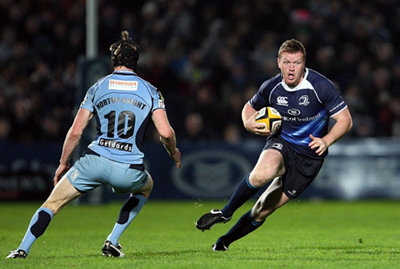 The Leinster team to face Connacht in Saturday’s Magners League derby at the Sportsground (KO: 4pm) has been named…

Ireland trio Girvan Dempsey, Trevor Hogan and Mike Ross come into the team for the trip to Galway in a side that includes nine Ireland internationals in all in the starting line-up.

Dempsey starts at full-back and Shane Horgan and Isa Nacewa continue on the wings, while Ireland ‘A’ back Fergus McFadden will partner fellow former Clongowes man Gordon D’Arcy at centre.

Eoin Reddan continues his half-back partnership with Shaun Berne. In the pack, Nathan Hines has recovered from injury to take his place in the back-row alongside Sean O’Brien and Stephen Keogh.

The replacements bench will be confirmed closer to kick off.