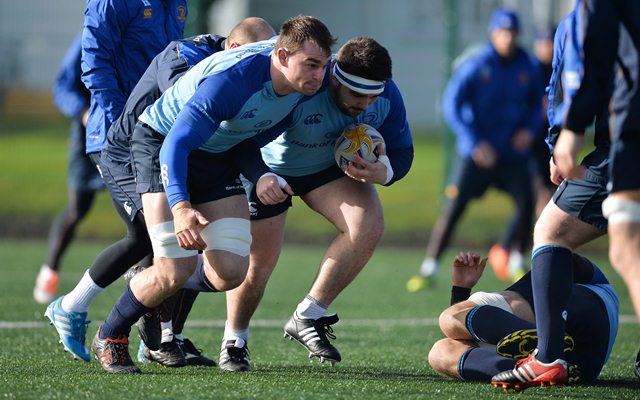 The Leinster team to face Dragons in tomorrow evening’s RaboDirect PRO12 clash in the RDS (KO: 7.45pm) has been named.

Following on from last week’s bonus point victory away to Zebre, Coach Matt O’Connor has mixed things up with a number of additional players now at his disposal having been cleared to play by the Irish set up.

Fergus McFadden, Martin Moore, Sean Cronin and Jack McGrath who all saw game time against Wales in the 6 Nations start, while Rhys Ruddock who was part of the extended match day squad that day, also comes in to the fold.

Leinster, who won the original fixture in Rodney Parade back in November 23 v 19, make seven changes in total to the 15 that faced the Italians last weekend.

Zane Kirchner who scored his second try in Leinster colours last weekend continues at full back. Darragh Fanning switches to the left wing to accommodate McFadden who has now fully recovered from his hand injury and acquitted himself so well against Scotland and Wales.

Brendan Macken and Noel Reid are retained in the centre but there is a new pair at half back with Eoin Reddan and Ian Madigan taking over from John Cooney and Jimmy Gopperth. Gopperth is named amongst the replacements.

Captain Leo Cullen and Mike McCarthy are once again selected in the second row but there is a completely new front row with the aforementioned McGrath, Cronin and Moore selected to start having finished out the game so strongly against the Welsh.

In the back row there is one change with Rhys Ruddock returning in a straight swap with Kevin McLaughlin. Shane Jennings is again selected at 7 with Jordi Murphy continuing at the back of the scrum.

Our bases in London (Philomena’s of Covent Garden), New York (Madhatter Saloon), Boston (Lir on Boylston) and Dubai (McGettigans) will all be showing the game LIVE. Delayed coverage is on in Sydney (PJ Gallagher’s @ The Criterion) and Christchurch (Monza Sports Bar)

See our Blue Planet guide for rugby friendly venues who play games in over 50 cities around the world (we recommend calling ahead to check) here.