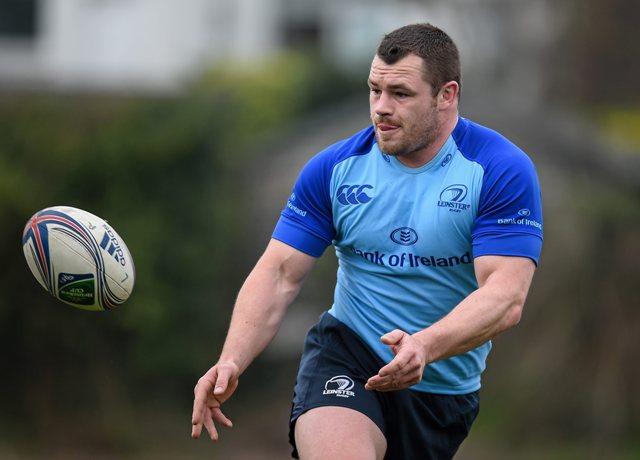 The Leinster team to face Toulon in the Quarter-Finals of the Heineken Cup on Sunday, 6th April (KO: 5.30pm) has been named.

There are a number of changes to the team that faced Munster last weekend in the Aviva Stadium with a welcome return to fitness for players in the starting XV and on the bench.

There are two changes in the pack with Cian Healy and Rhys Ruddock back from ankle and calf injuries respectively.

Healy starts for the 125th time in Leinster colours as the Clontarf club man makes a first start since the Six Nations win in Paris three weeks ago. Fellow Irish internationals Richardt Strauss and Mike Ross complete the front row.

Devin Toner and Mike McCarthy are once again the second row combination with Leo Cullen held in reserve.
Rhys Ruddock is back in place of Kevin McLaughlin, with Shane Jennings and captain Jamie Heaslip completing the back row.

There are two changes in the backs as well with Dave Kearney shaking off a knock received in training last week back in the XV at the expense of Luke Fitzgerald. Fergus McFadden and Rob Kearney complete the back three.In the centre Gordon D’Arcy and Brian O’Driscoll continue their record breaking partnership.

The final change is in the half backs with Jimmy Gopperth selected at ten in place of Ian Madigan, with Eoin Reddan beside him at nine. Reddan wins his 99th cap on Sunday.

Coach Matt O’Connor explained some of the decisions and admitted that the selection process had not been easy.

“We have trained really well all week. A full squad and everyone at full tilt is not something we have had at our disposal in quite a while. That creates challenges for us as a coaching group but the players have brought a great intensity to the paddock all week and each and every one of them has put their hands up. There are disappointed blokes left behind, but we also have a 23 that we believe are more than capable of delivering a performance.

“This is a huge battle and we are under no illusions. Going down to the Stade Felix Mayol is not for the faint hearted. We have huge respect for what they bring to the contest. They are the current Heineken Cup champions and rightly favourites. But we are ready for the battle. We have a fit squad that are relishing the enormity of the challenge that we face.”

O’Connor also alluded to the experience that his squad has and that this is a key factor as they head off to France.

“This will be a squad effort and this squad has experience of big games and of grinding out big results when the odds are against them. To quote a military term we are a leaderful group. Our squad is full of guys who understand the psychology of cup rugby and like our opponents have been to the summit of this amazing competition and want to revisit it. Our leaders have guided us to three away wins in the group stages and mentally we are a very resilient team ready for the challenge that awaits us on Sunday.”