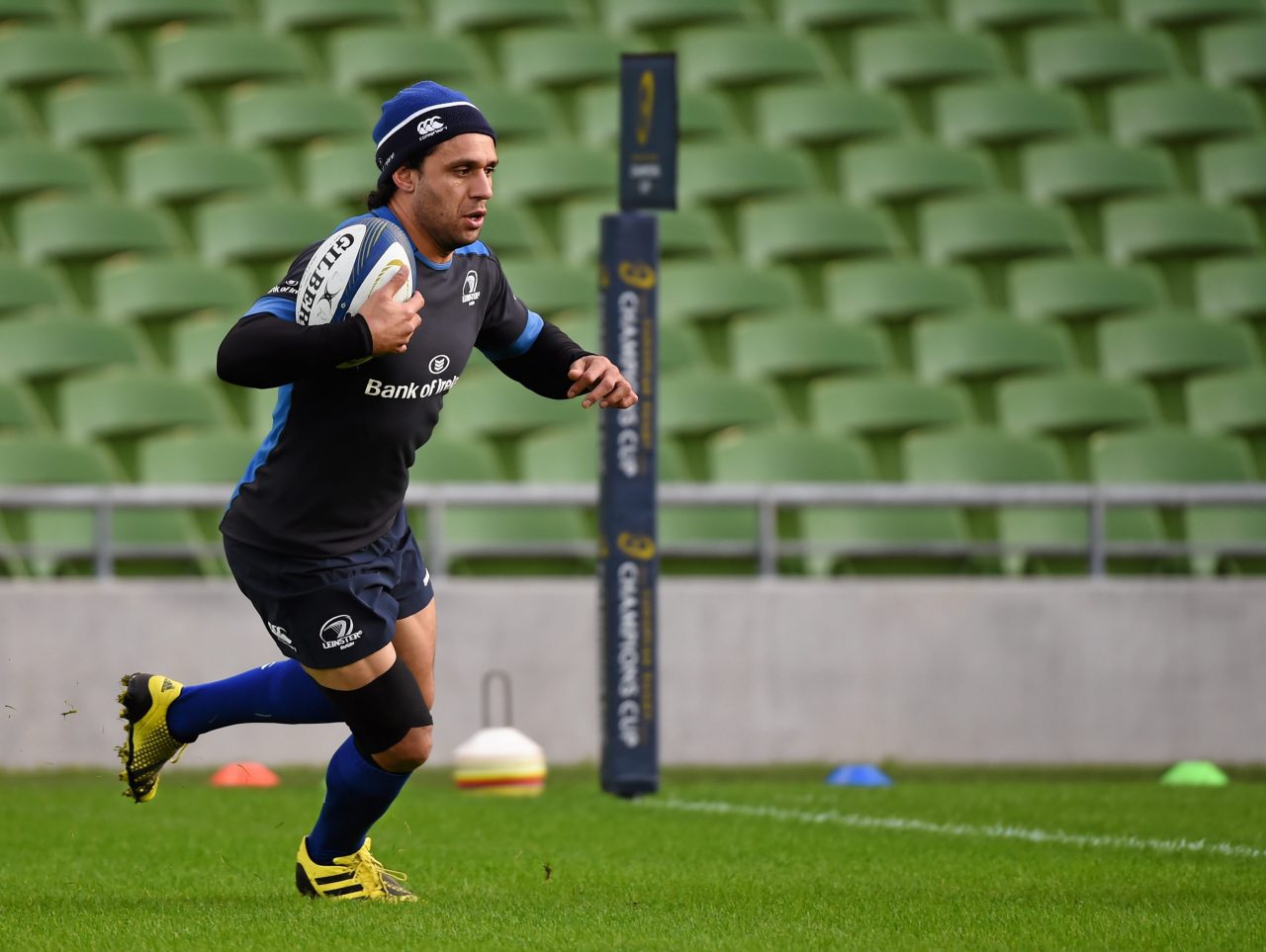 After this morning’s captain’s run, Leinster Rugby Head Coach Leo Cullen has announced his match day 23 to face Toulon in Pool 5 of the Champions Cup tomorrow in the Aviva Stadium (Kick Off: 5.15pm – live on SKY Sports and Newstalk). The game will mark significant milestones in the careers of Rhys Ruddock and Mike McCarthy, while the recently retired Kevin McLaughlin will also be honoured before the game.

Leinster Rugby have also announced that 43,910 tickets have been sold to date which include 6,434 One Province tickets which is a record for this club-focused initiative.

Two Pool 4 games have come closest to such figures this season in the Champions Cup and both games included the Leicester Tigers. Their Round 1 game against Stade Francais had 20,286 in attendance at Welford Road, while their away game last weekend against Munster had 22,261 in attendance in Thomond Park.

Tickets for Leinster Rugby against Toulon are still available on www.leinsterrugby.ie, from Ticketmaster and on match day from the Ballsbridge Hotel from 12.30pm.

In addition to Kevin McLaughlin being introduced to the crowd before kick-off to acknowledge his stellar career in blue and in the green of Ireland, Leinster Rugby will also be celebrating at half-time the team of 1995 who represented Leinster Rugby in the first ever game in the European Cup. They played against Milan in 1995 and won 21-24.

In team news, Leo Cullen has made a few changes due to injuries picked up in training this week.

Fergus McFadden and Isaac Boss have both failed to shake off minor strains in time for the game tomorrow. McFadden picked up a calf strain on Tuesday and didn’t come through the session this morning, likewise Boss who had a hamstring issue during the week. Neither injury is of long term concern to the coaching staff.

As a result in the backs Rob Kearney continues at full back with Dave Kearney coming in for McFadden on the right wing and Isa Nacewa on the left. Nacewa also captains the side in his first game at the Aviva Stadium since December 2012.

Luke Fitzgerald and Ben Te’o continue in the centre while Eoin Reddan comes in at scrumhalf to partner Johnny Sexton.

In the pack Jack McGrath starts at loosehead beside Richardt Strauss at hooker and Mike Ross at tight head.

In the second row Devin Toner and Mike McCarthy are once again selected. The game against Toulon will be McCarthy’s 300th senior club appearance since his debut for Wasps in the 2001/2002 season against Sale Sharks.

There is no change either in the back row with Rhys Ruddock, Josh van der Flier and Jamie Heaslip once again selected. Ruddock also has reason to celebrate as the game against Toulon will be his 100th appearance in blue since his debut in December 2009 against the Newport Gwent Dragons.

20 year old Nick McCarthy is in line to make his Leinster senior debut from the bench. The UCD scrumhalf who is a member of the Leinster Academy and was registered for the Champions Cup only this week in the absence of the injured Luke McGrath, was captain of the Irelend Under 20’s last season.