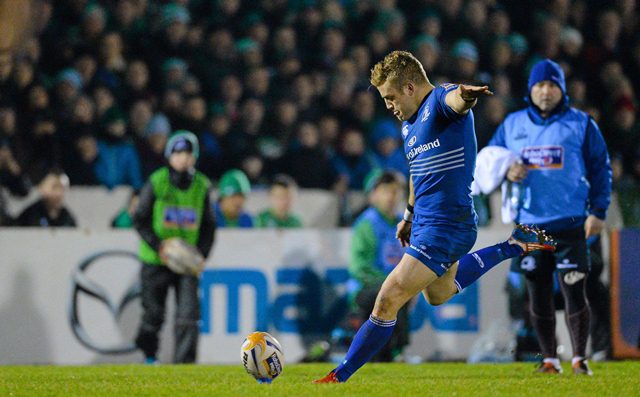 The Leinster team to face the Glasgow Warriors in tomorrow evening’s RaboDirect PRO12 game in the RDS (KO: 8.30pm) has been named.

There are ten changes in personnel to Matt O’Connor’s selection from the 15 selected last Thursday week away to the Blues with players released from the Irish set up once again included from the start, while another two are named amongst the replacements.

O’Connor has again shuffled the pack and selected a completely new eight and an experienced one at that with captain Leo Cullen, Mike McCarthy and Shane Jennings all to feature from the start, with the likes of Richardt Strauss and Mike Ross available from the bench.

Elsewhere in the pack, the front row features Jack McGrath, Sean Cronin and Marty Moore back in Leinster colours but renewing their international combination of late. In the back row Rhys Ruddock at 6 and Jordi Murphy at 8 will be hoping to keep up their recent good form against the Scottish side.

The Glasgow outfit are one of the top performing sides in the PRO12 of late with last week’s loss to the Dragons the only away loss in eight of their previous games on the road.

In the backs Fergus McFadden makes a welcome return to the starting 15 and is selected at outside centre with Noel Reid once again selected at 12. Darragh Fanning continues on the right wing with Luke Fitzgerald selected on the left.

Zane Kirchner, the 28 times capped South African, continues at full back for his 15th Leinster appearance and he’ll be hoping to add to his two tries. In the half backs, Ian Madigan starts for the 99th time while Eoin Reddan is getting ever closer to his own century of Leinster caps with tomorrow night being the Limerick man’s 96th cap.

The Warriors were successful 12-6 when the two sides met at Scotstoun in round 3 of the PRO12 and are going for a first ever season’s double over the Leinster.