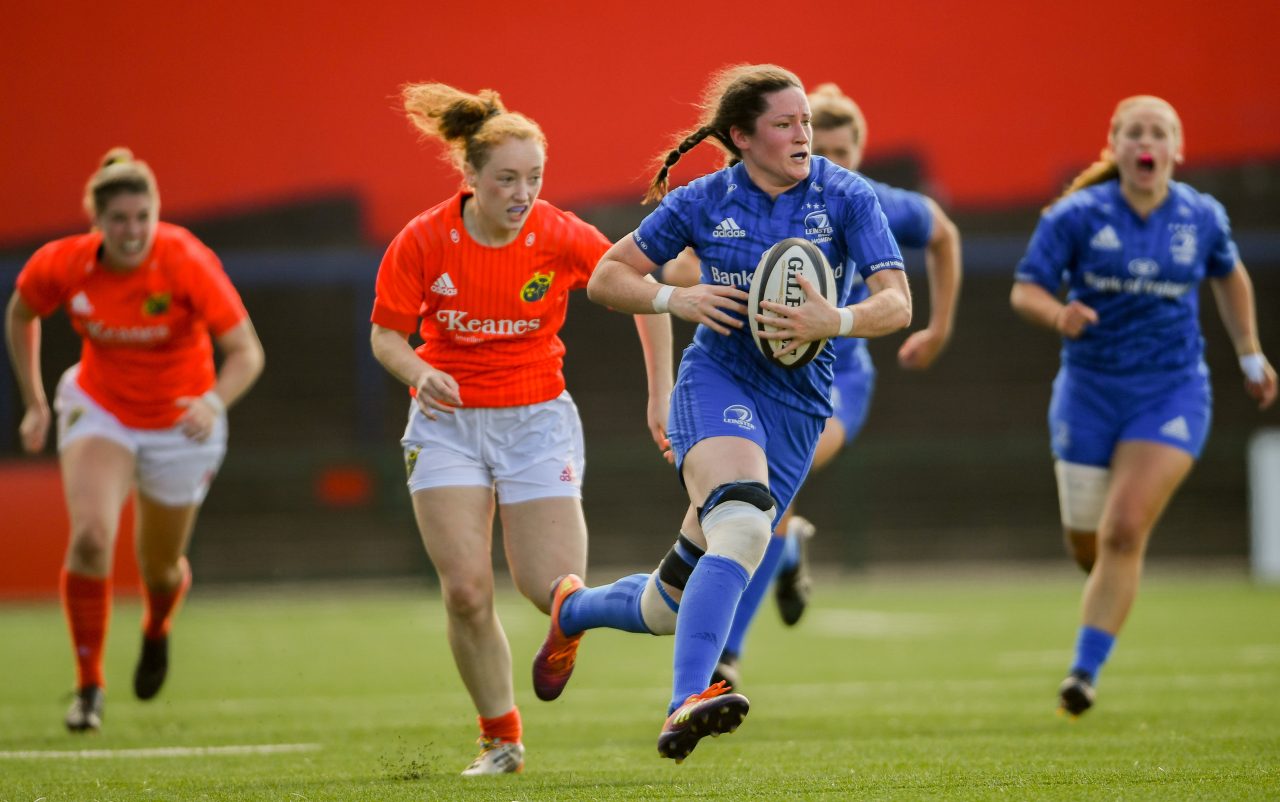 Leinster Rugby have finished top of the round robin stage of the 2019 Women’s Interprovincial Championship after victory this afternoon over Munster Rugby.

The result means that Leinster will now face Ulster in the semi-final stage which takes place at St Mary’s College RFC on the weekend of 14/15 September. Fixture details are yet to be confirmed.

With both sides having won two from two in the earlier rounds, this was a highly anticipated clash at Irish Independent Park in Cork.

Leinster landed the first punch early in the first half when Megan Williams went over, her try was then converted by Hannah O’Connor who also added a penalty not long after for 10-0.

Sarah Quin responded for Munster to half the deficit but it merely spurred their opponents on once more.

Flanker Juliet Short was on the end of a wonderful flowing team move by Leinster to touch down and O’Connor increased the advantage to 17-5 at the half with her conversion.

She split the posts again early in the second half to make it 20-5 before Munster’s Laura Sheehan showed a good turn of pace to race away and get their second try.

Leinster were required to dig deep and defend their goal-line for long phases of the second half as Munster went for the equalising score but they managed to hold firm and allow just three points despite also having a player sent to the bin.

There was also a welcome return to action for Jenny Murphy as a replacement following a lengthy spell out with injury.