Leinster Trio Nominated for ERC Player of the Year… 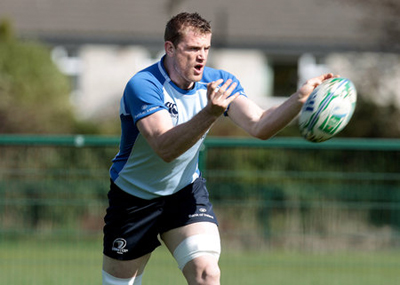 Four players from the two teams that have reached the 2011 Heineken Cup final, Leinster and Northampton Saints, have been short-listed for the ERC European Player of the Year award…

And the fifth candidate for Europe’s top individual award will lead Stade Francais Paris into their Amlin Challenge Cup final against Harlequins on Friday night in Cardiff.

In 2010 ERC, the Governing Body of Europe’s two club rugby tournaments, launched the highly acclaimed ERC15 Awards, recognising the efforts of a number of outstanding contributors to the first decade and a half of European competition.

The inaugural recipient of the ERC European Player Award, as the best player over the first 15 years of these tournaments, was Munster’s Ronan O’Gara.

For the 2010/11 season ERC will present a singular award to the best player of the season from both of its tournaments – Heineken Cup and Amlin Challenge Cup, selected by a panel of five experts and ratified by the captains and coaches of the 44 clubs from the two competitions.

The Selection Panel studied the performances of players from the 24 Heineken Cup and 20 Amlin Challenge Cup teams in this season’s campaign and presented a five man shortlist to ERC (in alphabetical order):

The shortlist has been presented to the 44 clubs for their views and the Selection Panel will reconvene in Cardiff, host city for the two European finals this week, to complete the selection process and confirm the winner of the ERC European Player of the Year Award. The winner will be announced Monday, 24th May and a presentation made at his respective club.